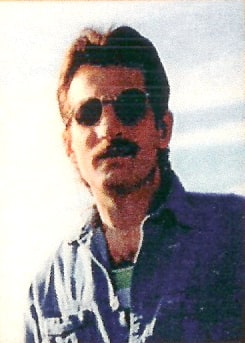 Len was one of eight: He had six brothers and one sister. Len was named after his grandfather.

Len had many interests. Since he was a young boy he always took things apart to see what made them work. He was always detail-oriented and broke everything down to its simplest form. He would carry an intelligent and interesting conversation based on any topic. He was the go-to guy: Len was the guy you would want to call when you're on a game show and you can call a friend.

Len was active in gymnastics when in high school, and he played soccer as well. He used to do the rings in gymnastics. But Len had an industrial accident, which left him permanently disabled for over 20 yrs. It was a miracle that he survived.

He was an electrician and plumber by trade and could fix just about anything with the exception of his disability with chronic pain syndrome, along with his 89 surgeries.

Len was husband to Dot and father to son Lenny, 23, and daughter Angelena, 21. Len became "Mr. Mom" -- he went on school trips, volunteered for school events, did school projects, homework, was active with the girl scouts, and always took pics and shared them with the other parents.

Len was a kind soul and always tried to help someone in need. Many times he would stop and help someone that was broken down on the side of the road. He also was very active in Town Watch in Philadelphia and was recognized by Gov. Randall, who was Philadelphia's mayor at that time.

He has touched many hearts. When I met Len it was love at first sight, he was my true love and soul mate. He loved nature, animals, science, astronomy and he loved to talk.