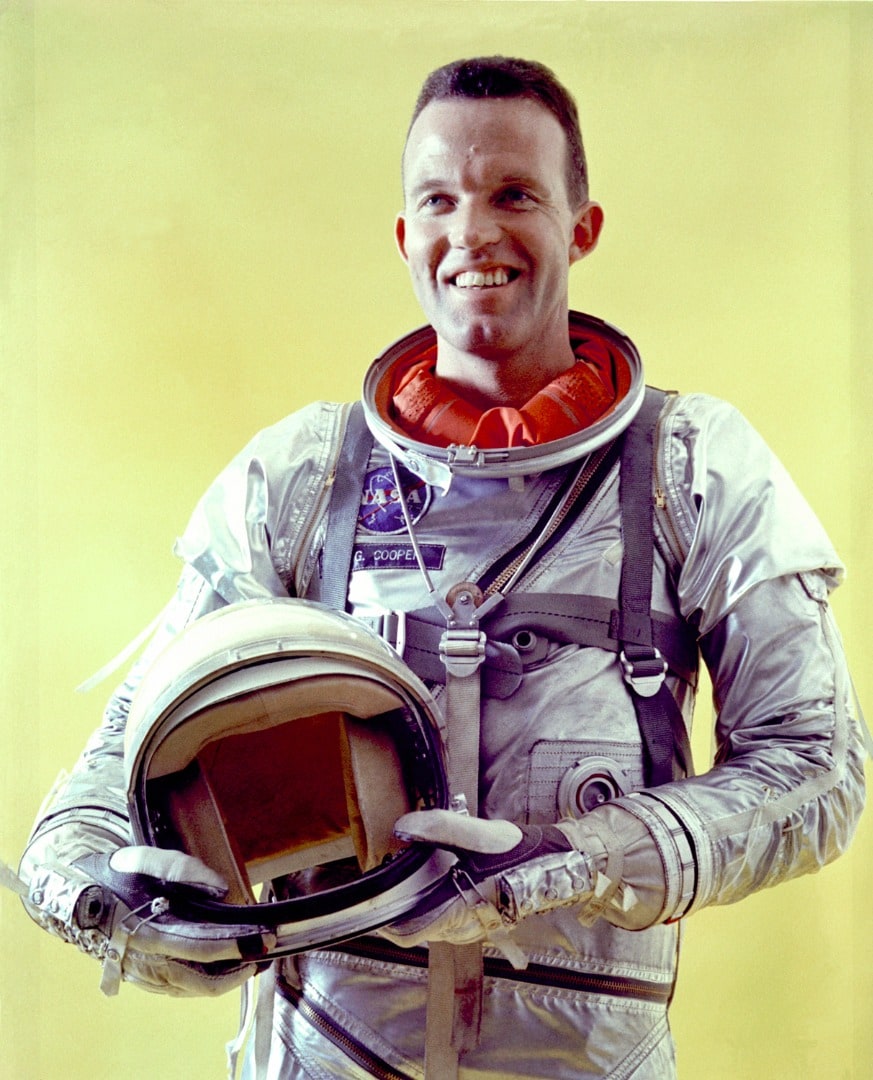 One of the original Mercury 7 astronauts, L. Gordon Cooper, Jr. was an American hero and a true space pioneer who helped lead America into the Space Age.

Born March 6, 1927 in Shawnee, Oklahoma, "Gordo" Cooper attended primary and secondary schools in Shawnee, Oklahoma and Murray, Kentucky. After serving in the Marine Corps from 1945 to 1946, Gordo attended the University of Hawaii where he was commissioned in the U.S. Army as a second lieutenant. In 1949 he transferred his commission to the U.S. Air Force and was given flight training. He then served as a fighter pilot with the 86th Fighter Bomber Group in Munich, Germany for four years. Meanwhile, he continued his studies at the European Extension of the University of Maryland night school.

After returning to the United States, Gordo received a Bachelor of Science degree in Aeronautical Engineering from the Air Force Institute of Technology in 1956. He then entered test pilot school at Edwards Air Force Base, California. There he served as a test pilot and aeronautical engineer until he became an astronaut. Over his lifetime, he flew commercial and general aviation airplanes and helicopters, logging over 7,000 hours flying time.

Gordo became a leading celebrity of the new Space Age when he was selected as one of the Mercury 7 astronauts in April 1959. In May 1963 he piloted the Faith 7 spacecraft on the Mercury 9 mission - the last of the Project Mercury missions. In August 1965 he commanded the Gemini 5 mission, where he and astronaut Charles Conrad set a new space endurance record at the time, orbiting Earth for approximately eight days. The mission demonstrated that astronauts could survive trips to the Moon and back. This flight also made Gordo the first human to fly on two missions on Earth orbit. Additionally, Gordo served as a backup astronaut for the Gemini 12 and Apollo 10 missions. All told, Gordo logged 222 hours in space. Gordo left NASA and retired from the Air Force as a colonel in 1970.

Gordo also enjoyed a successful career in business. From the early '60s to the mid '70s, he led, or consulted for, numerous companies doing business in a wide variety of fields, such as: race car and high performance boat design and manufacturing; construction; energy; and high technology. He even worked in the entertainment industry: He served as Vice President for Research and Development/EPCOT for the Walt Disney company in the mid 1970s.

Perhaps most importantly, Gordo was a loving husband and devoted father.

On his historic Mercury 9 flight where he piloted the Faith 7 spacecraft, Gordo orbited Earth 22 times over a 34-hour period -- logging more time on Earth orbit than all previous Mercury flights combined. During this record-setting mission, Gordo also became the first astronaut to sleep in space. With the Explorers Flight -- his final flight to Earth orbit -- we all wish that he rests in peace. 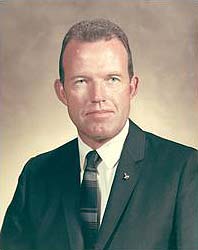 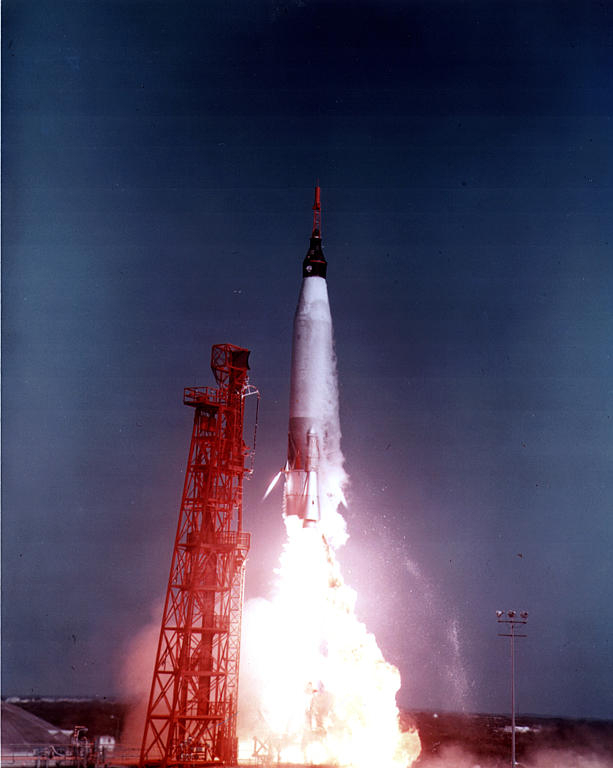 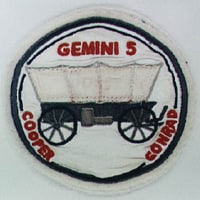