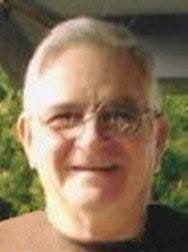 Kit Gary Cole was born in 1937 outside the small rural town of Council, Idaho. He joined his parents, Fred Cole and Effie Ruth Cole along with his two sisters and two brothers. Kit was the youngest member of the family.

Life was simple growing up on Hornet Creek. Kit walked to Upper Dale School which held all eight grades. There were four students in his class throughout grade school and he later attended Council High School.

In 1955, Kit enlisted in the US Air Force and left home for the first time. After basic training and technical school, he was stationed in Japan where he was an aircraft engine mechanic. Kit enjoyed being stationed overseas and was a wonderful experience for him. After returning from Japan in 1958, Kit was stationed at the USAF base in Portland, Oregon. While he was in Portland, he met and married Susan Elliston. After his USAF enlistment was up, he settled down to live in Portland. Kit and Susan welcomed two sons (Bryan and Randy) in 1964 and 1967. Kit also had two grandchildren, Amber and Alex.

Following his Air Force training, Kit was employed as an automobile mechanic. In 1974 he opened his own business called "Kit's Auto Tune." He spent 11 years growing his business before semi-retiring. In 1985 he and Susan moved to Rockaway Beach, on Oregon coast where they built their own home overlooking the Pacific Ocean. After Kit and Susan moved to Rockaway Beach, he received his contractor's license and began doing small contracting jobs as well as tractor work. As the years past, he made many new friends and was well liked and respected in the community.

Another of Kit's favorite thing to do was to go south to Yuma, Arizona and other locations in their motor home during the winter months.

Kit suffered a stroke in 2006 after eating prawns, his favorite food, and passed away several days afterwards. He will always be sorely missed. We Love You!

The Family of Kit Gary Cole