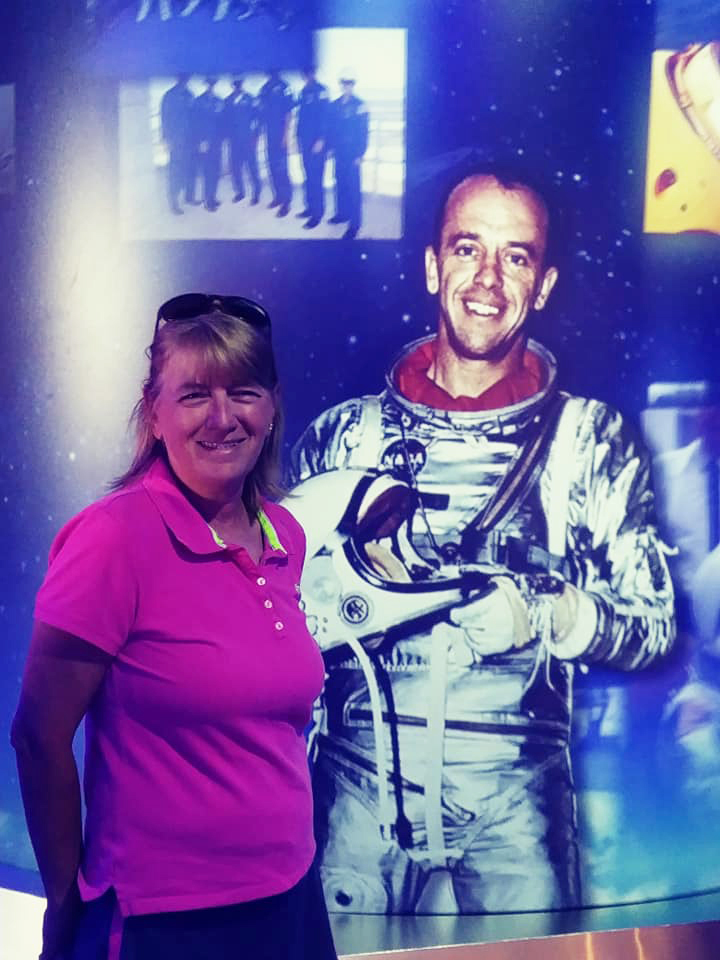 Kimberly (Kim, don’t ever call her Kimberly, that meant she was in trouble) Dean McManus Smith, age 54 of Jacksonville, Florida went home with the Lord on December 30th, 2021. Born in Concord, North Carolina Kim graduated from Central Cabarrus High School and went on to graduate from the South Carolina School of Dog Grooming. A lifelong lover of animals, she worked as a Groomer for Pet Paradise of Jacksonville at both the University and Oakleaf locations. Having never accepted the notion that anything was too late, she earned a 4-year degree in 2 ½ years from South University in Savannah, Georgia in Psychology in her late 40’s. After accomplishing this she discovered that she preferred the psychology of animals to humans and returned to Dog Grooming and pet care.

Kim loved animals like no other person I have ever known. One of my nicknames for her was “Dr. Doolittle.” She literally would talk to the animals, and they would respond. They would seek her out wherever we were. She kept pet food in her car. I cannot tell you the number of times that we have been places and stray cats or dogs would come up to her. It was like they had a memo that she was an easy mark for a meal. When they didn’t come to her, she would go to them.

Kim is remembered by her family and friends as a big-hearted, stubborn, funny, and a kind woman of Irish descent (which also explained her temper aimed particularly at bad drivers in Jacksonville). She had so many names during her lifetime. To one of her brothers, she was Kimmy-Lou, for a few friends from her youth she was Beezy, for the people she helped with psychology issues while in Savannah she was Miss Kim, to her co-workers she was Mama Kim, to her husband she was Babe and most importantly: to her children she was Mom.

We met at the Sushi House on Hilton Head Island. Now mind you I still had not seen a picture of the person I was meeting so I really didn’t know what to expect. I walked through the door and took my sunglasses off and it took a minute for my eyes to adjust to the light in the room. There, sitting at a table in the middle of the restaurant was this beautiful woman. My first thought was, “Oh my God, that can’t be her.” Followed by, “Boy, this woman is way out of your league, and she is never going to like you.” I walked up to her table and introduced myself and sure enough, it was her.

She always remembered the shoes.

Having children, like so many things in her life, did not come easy for her. She was told in her 20’s that she could not have children. When she and her future husband met, fell in love, and eventually married, it delighted her that she would be stepmother to two beautiful children. So, when she did become pregnant at 35 it was considered by all (including the doctor) as a miracle. The birth of a second child 3 years later proved that the word “never” did not apply when she wanted something.

In September 2020, when we were told of her cancer diagnosis, we were both in the hospital room to hear what the doctor had to say. Stage 4 cancer is tough to combat and nearly impossible to beat. It hit her hard and I think me even harder. After a few minutes of us talking and calming down a little, I went outside the hospital to call my mom. I was gone maybe 30 minutes. When I walked back into the room, she was no longer sad. She was ticked off. She told me, “This thing isn’t going to beat me. I am going to fight.”

That determination never left her.

She refused to leave her job.

She refused to take time off.

She refused to let anyone drive her to any of her chemo or immunotherapy appointments, she drove herself.

Kim was trapping cats and getting them fixed, going to work nearly every day, and being Mom and wife and would apologize if she got tired.  It was the damnedest thing I have ever seen.

I have known for a long time that women are stronger than men, having seen the examples set by my own grandmother and mother. Kim just proved that point beyond anyone’s wildest expectations. She simply refused to let cancer run her life.

Her faith in God the Father and his Son Jesus Christ never wavered and her faith helped sustain her through her whole life, not just the tough parts.

While it is hard to say goodbye, it is only for a little while. Life on this planet is short. Life beyond this place is eternal. On her last day, I told her that she was going to beat me there but, I would be along after a while. I still have things to do but, it was ok. She had earned her rest a thousand times over.

Kenny, Shelby, and I know that it will be hard to be here without her but, we know she is really not gone. She is here.  She lives on in Kenny’s eyes when he gets the same mischievous gleam that his mother had. It’s in Shelby’s smile, just like her mother’s, it’s a smile that could melt the sun.

In the years to come, when I finally get past the Pearly Gates of St. Peter and join her. You can look Kim and me up. We will be easy to spot, she will be the one who is way too pretty for the guy she is standing next to, and I will be the one in the dusty shoes.