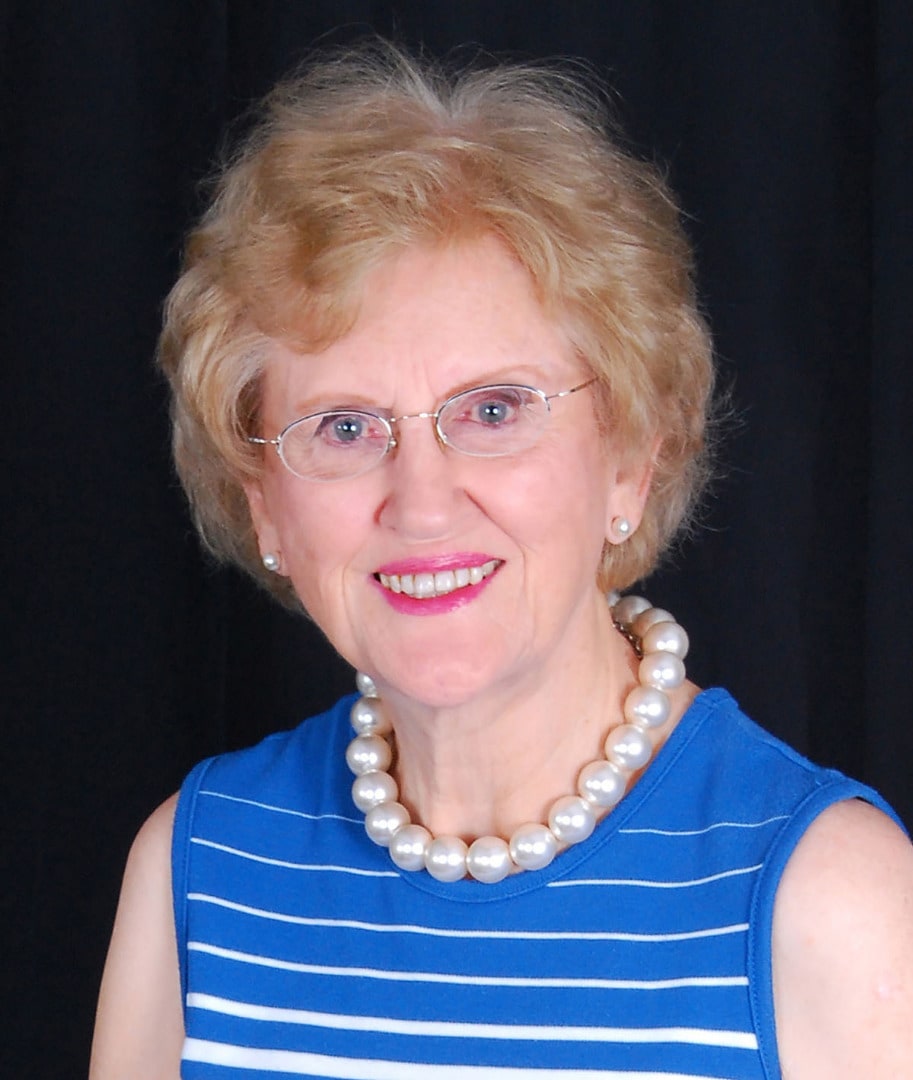 Joyce was born in Boyd County, Kentucky. She grew up in Catlettsburg, the county seat, located where the Ohio and Big Sandy rivers converge. She never outgrew the sound of the coal-fired steam engines’ loud, plaintive whistles as the trains chugged and clanged by her grandmother’s house every hour. With no interstate highway system through the Kentucky Mountains, Catlettsburg thrived on the transportation of goods, by train, between the North and South. When Joyce was 4 years old, Catlettsburg made national news when the Flood of 1937 completely inundated the town. Joyce remembered being rescued when her father and two men arrived in a rowboat and snatched her, her sister and their mother from a second story window. They were rowed away to the train station for a short trek up into the hills to a Boy Scout camp for refuge. When the interstate highway system was completed, Catlettsburg lost an important revenue source in the train, however, the local Ashland Oil Company remained a leading source for employment, including employment for Joyce’s father, Perry Curnutte. Many years later, Joyce still loved listening to the doleful sound of a train, very late at night.

Young Joyce, often called “Joicy” or “Juicy” by family members, was full of energy, curiosity and mischief. Her father, “Daddy”, said her middle name was “Go!” Joyce was a tomboy, in constant motion climbing trees, playing touch football, always trying new things. She loved to be chased by the boys during recess. The boys christened her with the name “Dynamite!” and the name stuck throughout her elementary school years.

Joyce demonstrated a talent for writing poetry early in her life. Shortly after WWII ended, she was inspired to write a poem entitled, “Everlasting Peace.” At the age of 13, her poem was published in state-wide and nationwide anthologies. Throughout her life, Joyce continued writing poetry. She created a collection of her poems entitled “Reflections by Joyce” for family members. She also wrote a book entitled “Number One Sun, A Memoir of the Good Times.” “Daddy” always referred to his two daughters as his “suns.” Being first born, Joyce was the “number one sun.”

Joyce’s father worked for various chemical companies as a Chemical Engineer and Plant Manager. The family moved numerous times during Joyce’s childhood. In 1950 a new oil refinery, the first in the Pacific region, was in design stage. It was to be located in Honolulu, Hawaii. Joyce’s father was hired as the Superintendent of Honolulu Gas Company. At age 16, Joyce and family traveled to their new home in Hawaii on the ocean liner The Matson S.S. Lurline.

Joyce graduated early from Theodore Roosevelt Senior High and began attending the University of Hawaii at the tender age of 16. Music Theory came naturally to Joyce so she majored in Music.

In 1952, Joyce attended her church basketball game when they played a team from the Hickam Air Force Base located next to Pearl Harbor. That evening, Joyce met Navy Petty Officer, Carson Giesler, who was on the opposing team. On September 10, 1952 Joyce and Carson wed then moved stateside to Irving, Texas.

Joyce encouraged each daughter to hone her individual talents and interests by enrolling them in gymnastics, softball, swimming, music classes, art classes, ground flight school, guitar lessons, and dance lessons. She also enrolled each daughter in pre-teen etiquette and manners classes at local department stores that included modelling in a fashion show.

Joyce enjoyed socializing and being with others as a member of the United Methodist Church, NASA Wives Club, Republican Women’s Club, Florida Writers Association and the local bridge club.

In her later years she enjoyed spending time with her many grandchildren. “Gramom” always sent cards and small gifts to each and every grandchild and great grandchild. She carefully selected each card and gift for that individual child, sometimes hand-making the cards. She also enjoyed many years working as the volunteer church secretary at the First United Methodist Church of Orlando.

Joyce and her fiancé, Don Schyberg, came so close to meeting many times throughout their lives, but did not finally meet until late in life. Their twilight years became extra joyful and meaningful with their shared love and companionship.

“Summoned by the Cosmos”

Joyce insisted that some of her ashes be launched into space. Joyce was always fascinated by the Cosmos and dreamed of having a skylight in her bedroom ceiling so she could look into the infinite and wonder.  In 1985, Joyce wrote:

Summoned
Summoned nightly by the Cosmos
I open my door
To step into that incomprehensible distance.
Held but tenously in Earth’s sweet embrace
I leave behind forces of gravity and care
For regions of freedom and peace offered there.

Then joyful and reverent
I’m ready for home,
Guided by stars to light the way.
Returning to sleep that soothes the soul
Of those who’ve left a wake-up call,
Those who nightly summoned go.