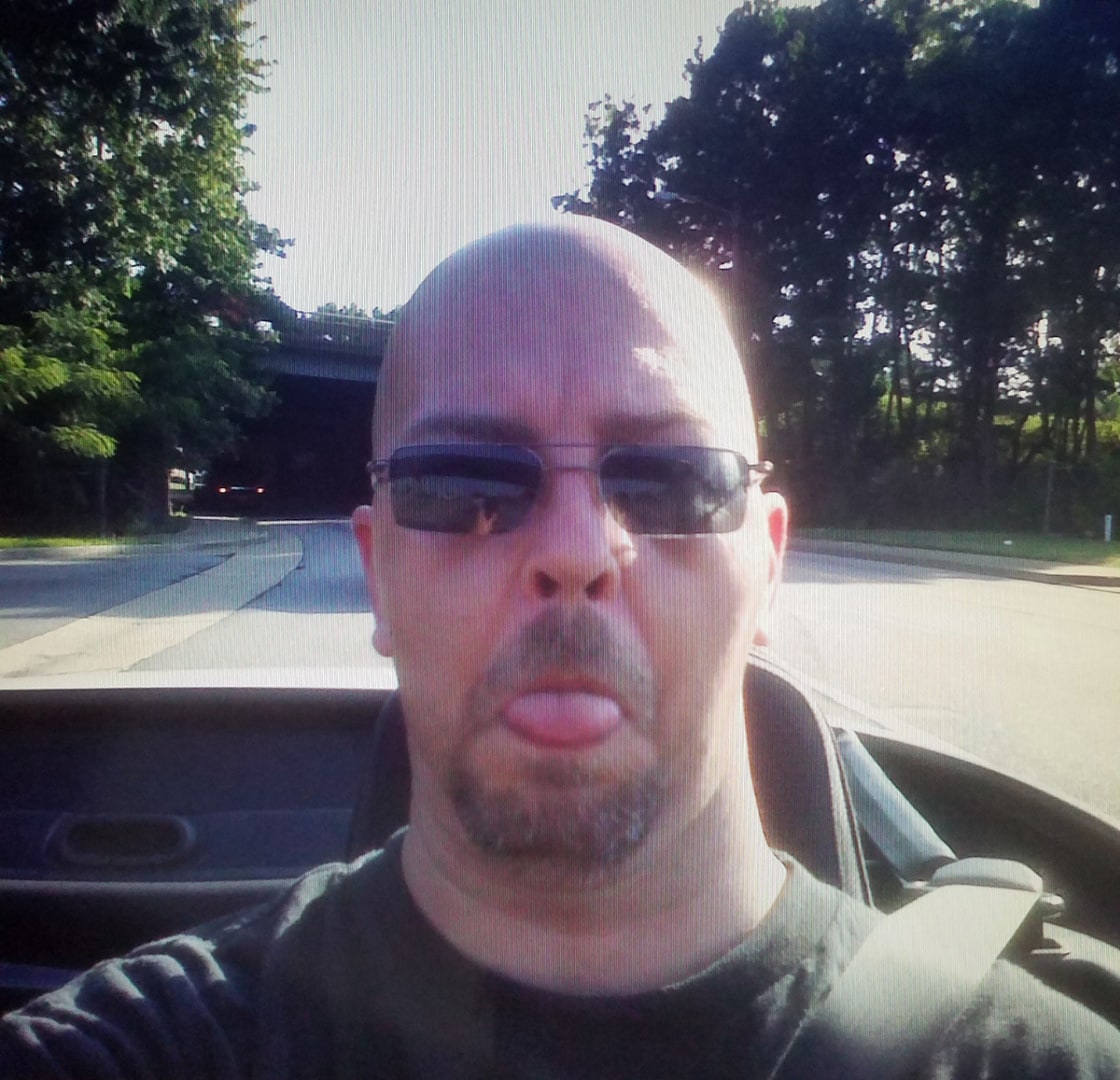 John was born in Shirley, Massachusetts to parents Marie and John and two-year older sister Suzanne. He had a wonderful childhood in Hampton, Virginia, where he grew up. He and Suzanne were best friends, and they did everything together. It was a surprise to his Mom to learn one day that he had joined the neighborhood swim team. Like the swim team, he excelled at everything he did. Roller skating tournaments, building treehouses, and figuring out how things worked. He played guitar in a band with his best friends, and rocked a mohawk. He and his Dad, who also loved to build things, worked on cars together. He was never afraid to try things. Because of this, the nurses at the local hospital knew him by name.

As an adult, he married a woman named Renee. The marriage didn't last long, but they remained friends. He lived in Virginia, West Virginia, and Georgia, before moving to North Carolina. He became a manager at a chain steak house, where he met Jessica. After two years of dating, John asked Jessica to marry him. They had three kids biologically, and two more when Jessica's sister passed away. He loved and treated her kids as his own.

After getting out of restaurant management, he went to ATI, a technical school for auto mechanics. He consistently stayed on the Dean's list, and graduated at the top of his class. He worked at Wal-Mart, where he quickly made his way to management. He didn't enjoy it, so he moved on to Home Depot, where, again, he excelled. During this time, he was remodeling his home, almost completely by himself. He never stopped working.

His mind was like a sponge, and he could learn how to do anything. John was sarcastic, funny, and brilliant, and was always interesting to interact with. He enjoyed reading books on physics and George Carlin, and loved watching Monty Python and The West Wing. He was an avid coffee drinker, and made coffee that was strong enough to wake an elephant. He loved to debate, especially about science, religion, and politics.

When he and his wife decide to home-school their children, he became a stay-at-home Dad. He taught the older kids about cars, how to build computers, and everything that he knew about science. He was always willing to help someone. Whether it was a car that wouldn't start, a well pump that stopped working, or a computer that froze up, he wouldn't stop until he figured out the problem and fixed it.

Through all of this, no one knew he was battling severe depression. In April of 2017, he decided that he could no longer continue to fight, and took his own life.

Because of his love of science, his body was donated to a medical school. His father passed away a few months after he did, who also loved science. Marie and Jessica decided sending them into space together would be the perfect ending to their physical life.