John was born in Pearl River, New York and lived in the Rockland County area for many years. John led an interesting life, participating in Woodstock, working at many jobs and running several of his own companies. He had three sisters, Catherine, Barbara, and Ginny.

His interests included competitive roller skate dancing and motorcycles. He built a couple of racing bikes and his most prized possession was his Honda Hawk motorcycle, lovingly maintained for many years.

John also liked talking on CB radio, and that evolved into Internet chat as the technology developed. In fact, that is how he met Lisa, his future wife. Eventually she convinced him to join her in Claremore, Oklahoma. They married on July 16, 2005. John went from being a longtime bachelor to a married man with a family, including stepchildren Casey and Matthew.

While Oklahoma was quite different from New York, John settled in. He was happy to leave his snow shovel behind when he moved! He enjoyed fixing up their home, including many landscaping projects, remodeling the kitchen and bathrooms, and other updates and repairs throughout the house. He even enjoyed the challenge of cutting trees on the property to use as firewood during the winter. John always seemed happiest when working with his hands and being in the middle of a big project.

In his later years, he and Lisa owned Spin City Laundry in Henryetta, Oklahoma and also Coin-Op Laundry Repair Service. Wherever he went, John made friends.

He had a lifelong love of space and space exploration. He followed the NASA programs, watched many hours of the Science channel, and of course, loved science fiction. From the original Star Trek series through its many spin offs, Battlestar Galactica, and other TV shows and movies, he enjoyed imagining what it would be like to live in space and explore other worlds.

John expressed a desire to become an astronaut, and by launching a symbolic portion of his ashes into space orbit, this dream has been achieved. At his wedding, the theme song from the TV show Enterprise was played. In the song, "Faith of the Heart (Where My Heart Will Take Me)" the words say, "I will see my dream come alive at last" and "I will touch the sky". Lisa believes this space launch will be a fitting tribute to John. 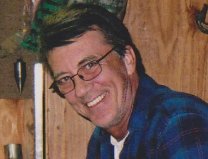