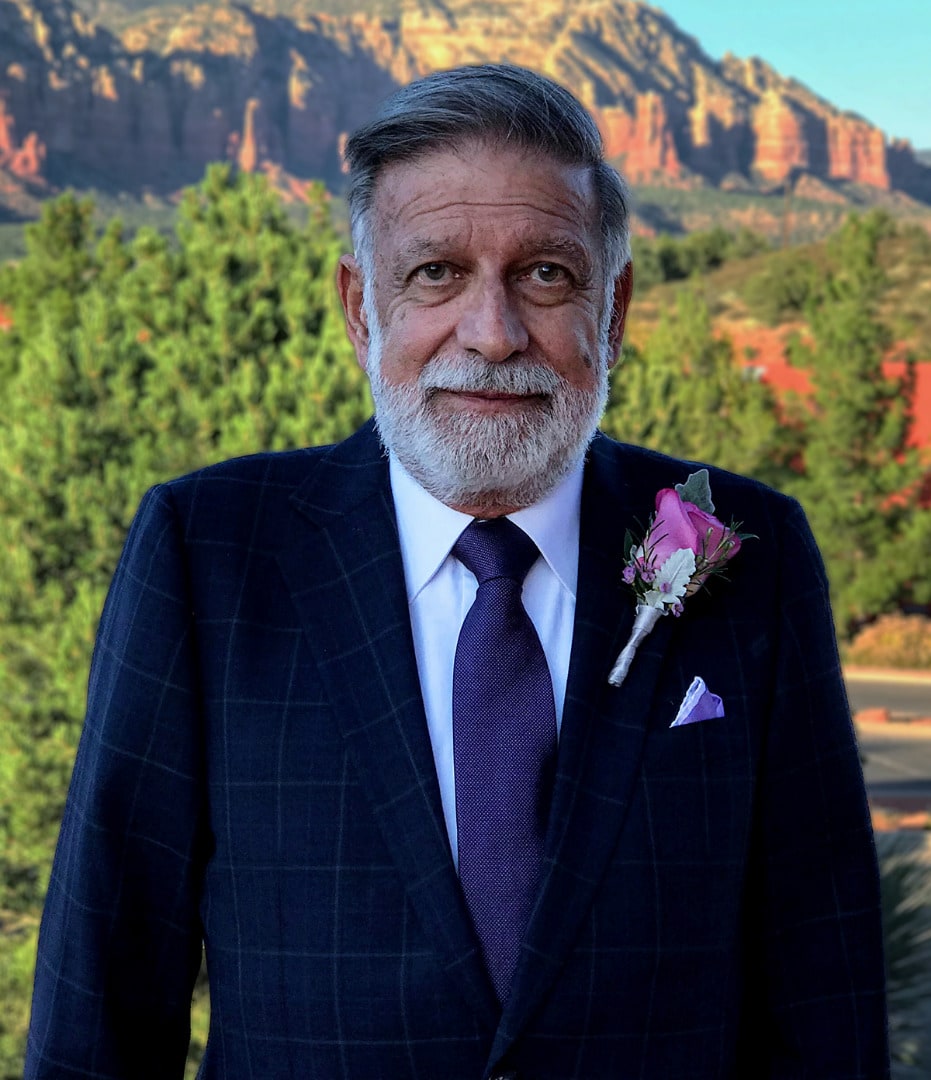 Although John was just 10 years old when the Soviet satellite Sputnik famously orbited the earth and set in motion a race into space, the wonder and excitement of that pivotal moment never left the little boy. He might not have dreamed of being an astronaut himself (childhood polio would have prevented that) but he grew into a man in awe of the beauty of the heavens and with a deep respect for the people who pioneered our ventures into the vast unknown.

Glued to his television set like most of the world in 1969 when Neil Armstrong took his first steps onto the surface of the moon, John was determined to know, in his own small way, what it was like to take to the skies. He immediately began flight instructions to obtain a private pilot’s license, learning both the art and science of what is required to rise above the earth. Touch-and-goes at Teterboro Airport just outside of Manhattan might not have been quite as perilous as piloting a lunar module, but they provided plenty of excitement for a 23-year-old inspired to live a life beyond the ordinary. And the lessons John learned in the cockpit of that small plane – the necessary discipline, the attention to detail, the sheer joy of doing what he once only dreamed of – allowed him, later in life, to craft a career in which his talents shone and to nurture a family encouraged always to aim for the stars.

Born April 15, 1948 in Jersey City, New Jersey to Jack and Rose Kressaty, John was destined for more than his parents probably ever imagined. After graduating from New York’s Pace University, John began a career at SC Johnson and Sons, Inc. (Johnson Wax) in Racine, Wisconsin. With a natural affinity for business, a willingness to always go the extra mile and a deep understanding that humor can lighten any load, John used his natural leadership skills in sales, marketing and customer service roles, serving the company for 42 years both at the Wisconsin headquarters and in the field.

It was at Johnson Wax that John met the love of his life, Kim Grieshober, and together the two set off on life’s adventures. These included, most notably, the births of sons Jonathan and Jeffrey who, together with John’s daughter, Jennifer, created the tight-knit family John cherished above all else. A great believer in working hard and playing hard, John liked to fill his home with family and friends for gourmet meals, good scotch and plenty of laughter and love. A trip to Manhattan for a Broadway play or a trek to Hawaii to bask in the sun were favorite destinations, along with D’Jai’s on the Jersey Shore for gatherings with the friends from high school who never got old.

John would be the first to tell you that his life was blessed but there were hardships along the way, too. He stoically endured the loss of his beloved daughter to heart disease in 1997 and faced his own health concerns with the steely determination of a man determined to enjoy every second he had. On October 21, 2001, John received a heart transplant in Tucson, Arizona and over the course of the next twenty years faced occasional setbacks that would have crushed a lesser man. But John was defined by incredible courage and taught us to find the courage within ourselves as well.

Giving back to those who helped him on his journey was John’s great privilege. A volunteer at Banner Heart Hospital and Banner Baywood Medical Center in Mesa from 2002 until the pandemic forced him to stop, John received the Banner Community Partner Award, the Banner Health Foundation’s Spirit of Philanthropy Award, the H.F. Johnson Community Service Award and was the first volunteer to win the Banner Heart Hospital Guardian Award.
John also sat on many community and advisory boards both in Wisconsin and Arizona throughout his life and enjoyed officiating at the weddings of family and friends. He had an inborn understanding that life is richer when it is spent serving others.

In the last years of his life, as his heath was failing and his opportunities for travel became limited, John still found a way to find wonder. He would sit in his favorite chair to take in a clear Arizona night sky, and he would marvel at the moon. Perhaps he thought of the people he had loved and lost, or perhaps he imagined the unknown future that lay ahead, but the moon became symbolic for him, a beacon of all that remains mysterious and unknowable in the vastness of our universe. That a small part of him will now venture to the moon would have astonished and delighted him. For us, it is our way of saying thank you and of remembering our beloved John, whose spirit of adventure made him very special and very rare.