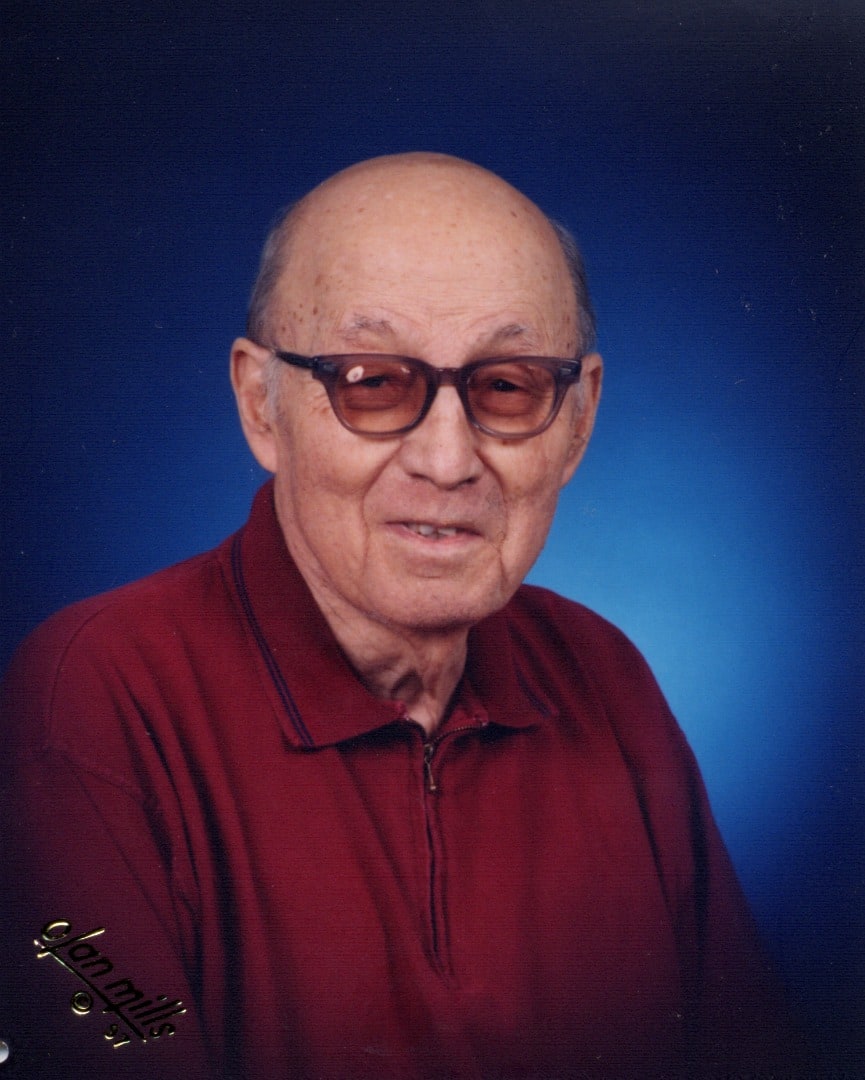 John Haliburton was born February 13, 1919 in Evangeline, Louisiana the youngest of four children.

He attended schools in Louisiana, Arkansas, Texas and Oklahoma, and graduated from Allen High School at Allen, Oklahoma, the valedictorian of his class in 1937. He completed a course at Draughn's Business College in Oklahoma City and attended East Central University at Ada, Oklahoma for two years. He then transferred to the University of Oklahoma (OU) and two years later received a B.A. in history and government, a pre-law course.

He completed one year of law school at OU before entering the Fifth Air Force in World War II. He served in the Pacific Theater of Operations and spent some time in Japan in the army of occupation. When he returned to the United States, he worked for forty years for an oil company, which underwent numerous name changes. He retired in 1982.

In 1943 he married Bernice Poole: The couple had three children.

For many years he worked with the Boy Scouts of America, until failing eyesight forced him to withdraw. A devoted father, he enjoyed many hobbies: painting, writing, reading, chess, rock-hounding, lapidary work, and compiling his genealogical findings.

His genealogical studies took him to various places, including Scotland. While living in small oil field towns, he often played chess by mail. He won several medals in chess competition. His wry sense of humor expressed in his poetry won him numerous awards from small literary magazines. Some of his poetry was anthologized. An excellent example of his work is the following poem, "Mitty of the Spaceways."

Mitty of the Spaceways
by John A. Haliburton

How could they do this to me,
The Walter Mitty of the Spaceways?
I who sailed the limitless sea
In search of my own Cathays.
With Bran I stole the magic Black Stone,
But left him to a fate still unknown.

With Scar I strode the Glory Road
And recovered the egg of the Phoenix;
Unmasked the Chimera and composed an ode
While answering the riddle of the Sphinx.
Retief and I checkmated the mandibled Grocians
Outgambled the Petreacians, thwarted the Bogans.

I went on dream quest to unknown Kadath,
Saw the swirling chaos Nyarlathotep.
Visited the lofty towers of doomed Sarnath,
At Dunwich with Abdul Alhazred in Kadatheron
And corrected errors in the Necronomicon.

I've argued logic in the Land of Unreason,
Have ridden rockets, dragons, centaurs and brooms;
Fought on the side of the gods at Armageddon.
Sent mystical monsters to their various dooms.
I've heard the music of Erich Zann
Wailing of the final defeat of man.

I've walked the wind that blows between the worlds;
Sailed in the ship of Ishtar, seen the moon pool.
Watched the new universe as it unfurls,
Visited graves in the lands of the ghoul.
I've gone to worlds few humans have seen
And there I've heard the clock strike thirteen.

Brought down to earth with a killing jolt,
Hurled against the planet of my birth,
Victim of a jealous thunderbolt.
Can a lead-lined box under six feet of earth,
With a headstone saying "Requiescat in Pace"
Confine the Walter Mitty of the Spaceway?