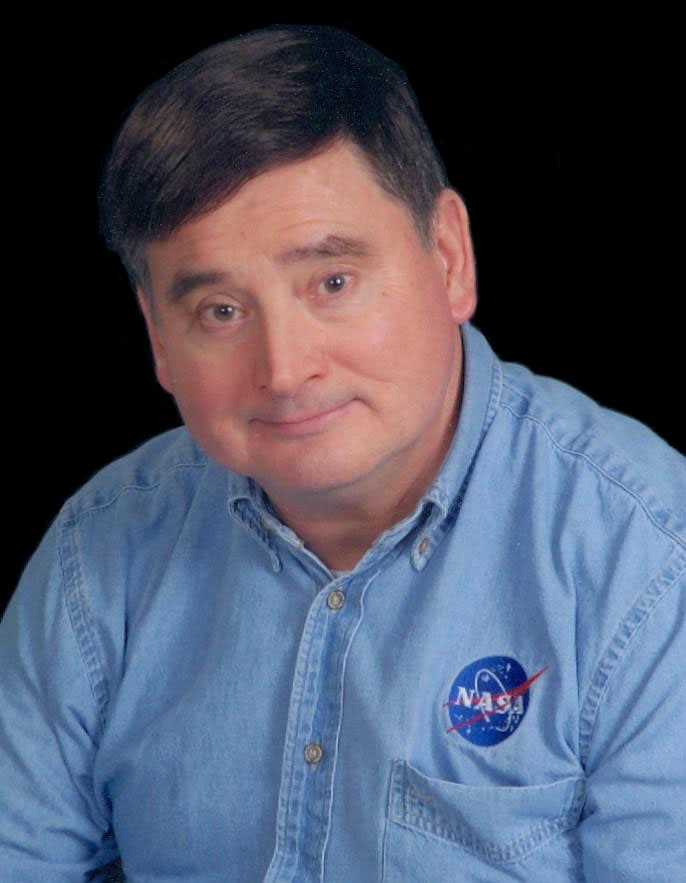 I was born February 13th, 1950 in Peoria, Illinois to Frank and Rosemary Merriman. I grew up near Collinsville, Illinois. I starting working for McDonnell Douglas in 1977 and I moved to St. Charles, Missouri in 1978.

I married my former High school classmate, Debbie Smith in 1970; I had my Son Paul in 1979 and my Daughter Rachel in 1980. I have 2 grandsons Matthew and Caleb by my son Paul and a granddaughter Verity by my daughter Rachel.

I worked as an assistant engineer for McDonnell Douglas operating computerized drafting machines to make drawings for engineering until 1991.

I became interested in space travel when I found a Walt Disney comic book entitled “Man in Space” at my local Sears store when I was around 9 years old. That was about the same time I started watching a TV show entitled “Men into Space”. When I was around 12 years old I watched a TV show entitled “Fireball XL5”. That was also about the time my grade school friend Steve Simmons showed me how to make my own rockets.

My hobbies include reading about and watching videos about space travel, collecting spacecraft models and observing the moon and planets with binoculars or with a telescope.

My favorite songs are “I wish I was a spaceman” and “In the stars his handiwork I see” and my favorite quotes are “God walking on the Earth is more important than man walking on the Moon” by Astronaut Jim Irwin and “Millions of people living and working in space, you can’t get there by throwing the hardware away” by Blue Origin.

I am a member of Ridgecrest Baptist Church in St. Charles, Missouri and the National Space Society.

I believe Celestis is the fastest, and the most likely way, that I can get a part of me, my DNA, into space.