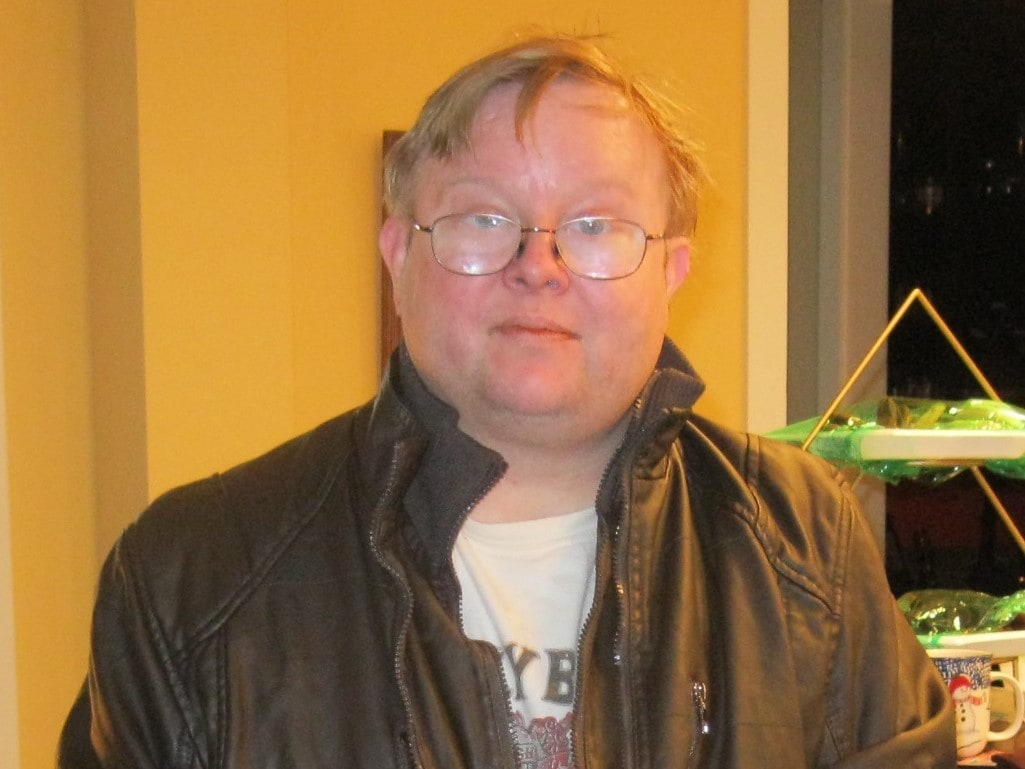 Oh, I have slipped the surly bonds of Earth,
Put out my hand and touched the Face of God.

Jeffrey was born an “Old Soul”. He seemed to have a wisdom about him that he chose not to share with anyone. Yet, at the same time, until the end, he had a way about him that was trusting and accepting of anything and everyone.

As a child, he much preferred entertaining himself with his myriad of Star Wars action figures, watching the movies for the millionth time, holding the little figures in his hands and mimicking what he saw on the screen. Star Wars morphed into a fascination for all things space-related, as well as anything written by J R R Tolkien, and, later, J K Rowling.

I sometimes think that Jeffrey made a wrong turn during his journey into this world – ending up in any environment that was not as kind to and accepting of people who “think differently”. He surely would have thrived better in another more advanced world. But he made the best of it – finding comfort in a position as a library assistant, surrounded by all sorts of media literature, which was one of his passions. He loved working in the Children’s section and being able to interact with the young, curious and uncensored minds.

Jeff loved the idea of family, belonging, acceptance, and being a part of something larger. Although, as an adult, he was a very private person, he ultimately had a broad spectrum of people who called him their friend. I was surprised and humbled by the number of people who I have never met reached out to me after Jeff’s untimely death – people from Dragon Con, where he had volunteered for 5 years – from his work at the library – and from his attendance of two different churches.

His father, Frank, predeceased him by 5 years. Jeff died on Frank’s birthday. I have always felt that his arrival on the Other Side was the best birthday gift Frank ever received.

Jeff’s sister, Courtnie and I think that sending his ashes into space is the ultimate way to honor him. Although it might seem that his life was cut short by diabetes, he taught us a great deal about living, loving and legacy.