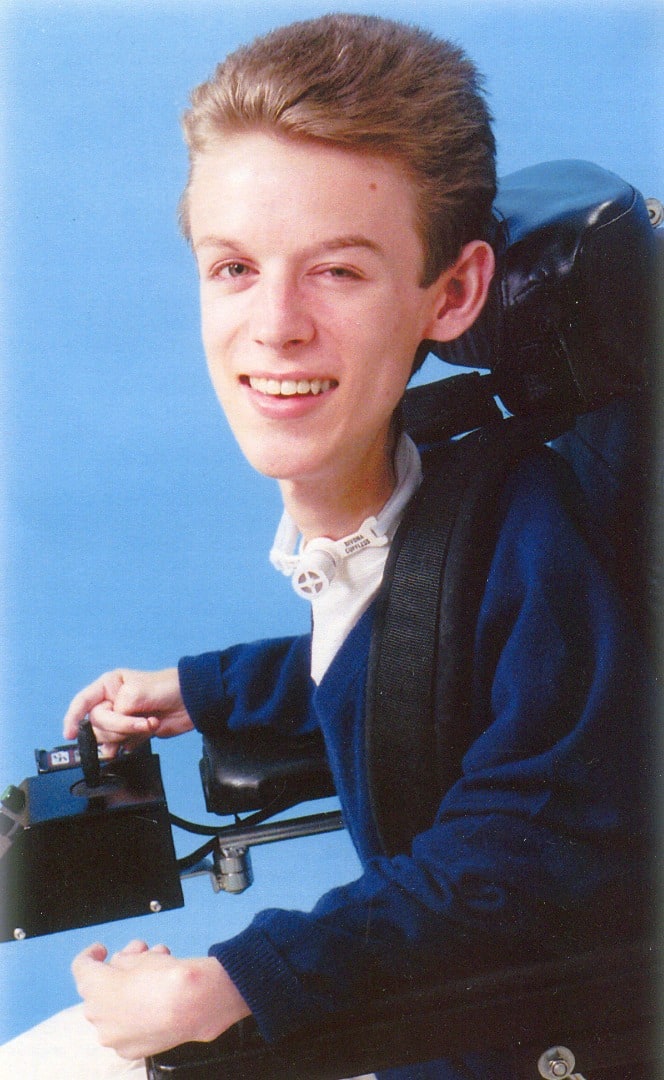 Although the life of Jason Michael Baringer was brief, his accomplishments rivaled that of an eighty-year old.

Jason was born in St. Louis, Missouri, and moved soon thereafter with his family to southern California's Palos Verdes Peninsula. Early in elementary school he was diagnosed with Duchenne Muscular Dystrophy, a progressive, neuromuscular disease. Jason and his family committed themselves to drawing attention to this devastating illness. He became the MDA Los Angeles Region ambassador for three years, during which he attended numerous events - including Jerry Lewis Labor Day telethons - and met many dignitaries and celebrities.

Jason's academic career in the Palos Verdes Peninsula school district was marked by numerous accomplishments, awards and honors. Gifted in the use of Macintosh computers, he taught computer classes for teachers during the summer months and developed the school district's original web site. He was also an editor of the yearbook for four years.

At the University of Southern California, which Jason attended until his death, he began as a business major and was named a Marshall School of Business Scholar. As Jason's interests leaned more heavily toward philosophy, especially that of the ancient Chinese, he contemplated changing his major.

In April 2000, the Make-A-Wish Foundation granted Jason's wish to meet Steve Jobs, CEO of Apple Computers Inc. and Pixar. The pair continued their friendship through e-mails, telephone calls, and a subsequent visit.

One of Jason's passions was exotic cars, especially Ferraris. A chance meeting with a Ferrari dealer in southern California afforded him a magical trip to Italy in 1991 where he was a special guest of the Ferrari dealers of North America and treated to private tours, test-drives, dinners, and all things Ferrari.

Jason pursued with fervor his many interests, among them: Apple Computers, painting and drawing (he transferred to computer graphic art when he could no longer use his hands), managing his stock portfolio, collecting and growing orchids, and collecting hand blown glass. He was a huge Chihuly fan and appreciated Frank Lloyd Wright's legacy and such Mission Style derivatives as Stickley furniture. Jason loved to read and, even though he said he hated to write, wrote beautifully and seemingly effortlessly. He was a huge fan of classic rock - spurred on by his school aide, John - and collected CDs. He loved food and spent many hours researching new recipes to try. He followed Formula One auto racing and the Lakers.

Jason faced many medical challenges throughout his life. He had amazing courage, determination and spirit as he faced whatever the future held. Though he didn't talk about it much, his faith in God and life was very strong. He never complained about his lot in life and was always quick with a smile and a joke when things got tough. He made people feel at ease with a disabled person, and made friends with people all over the world. The medical professionals who treated him both admired and respected him.

Jason's warm smile, compassion, grace, quick wit, and intelligence will always be remembered. An inspiration to all who knew him, Jason leaves a legacy of love, humor, faith, tenacity, integrity, character, perseverance, and spirituality.

Picture Jason as he was happiest: in front of his computer with his hand on his trackball, listening to the Doors, in a Ferrari T-shirt with a smile on his face.