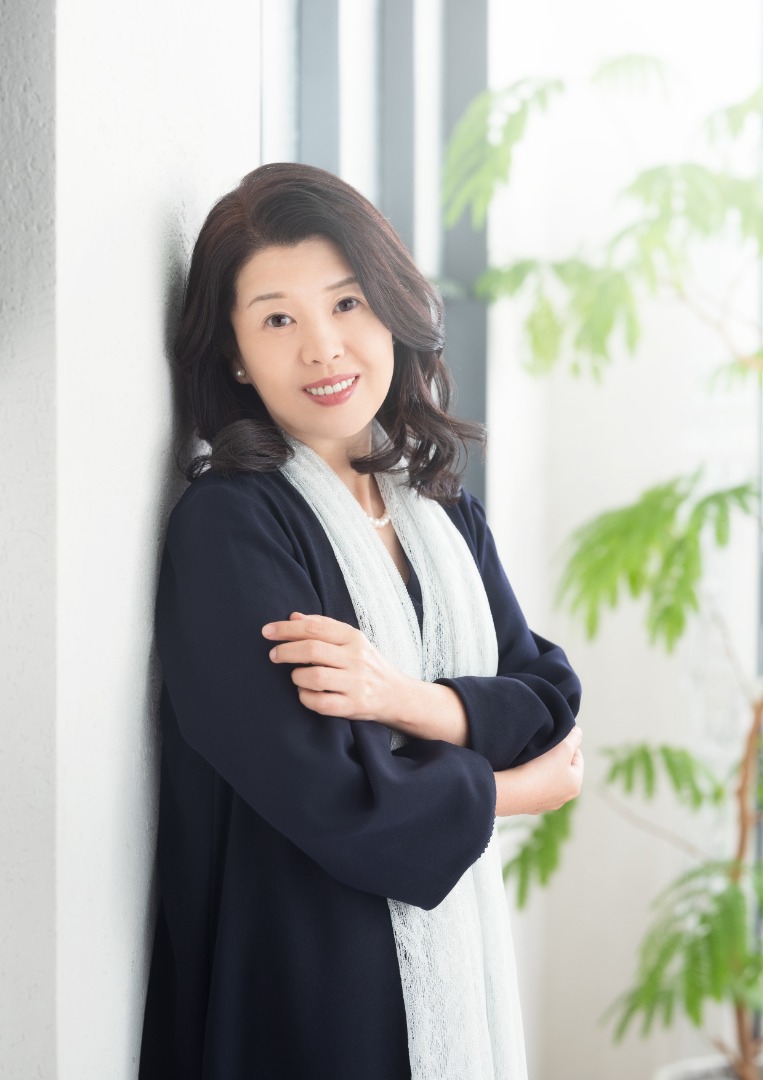 My beloved wife, Hiroe Takano passed away on July 17, 2022 due to cancer at the tender age of 54.  Hiroe was born and raised in Niigata, Japan.  Since childhood, she had been known to hold interests in a variety of fields such as large construction sites, animals, anime as well as in space.  She loved to learn new things and looked for new subjects to study all the time.

After graduating from college, she joined a telecommunications firm and during her 33 years there, she worked her way up to become a sales manager. During her career, Hiroe led teams to achieve their goals, supported their challenges and helped them to succeed.  Colleagues and coworkers all enjoyed her company and were deeply saddened and shocked by her tragic death.

Hiroe and I first met when we were in college, and in total, we had known each other for over thirty years.  This year, the two of us were able to celebrate our 25th “Silver” wedding anniversary.

Hiroe loved anything related to astronomy and space, and she visited many astronomical observatories all over Japan.  She visited JAXA’s Tanegashima Space Center every time there was a launch of JAXA’s rockets, and was mesmerized by the roaring sound and the dazzling light shows created by the rocket engines every time.

We traveled across the Pacific at times to witness launches.  On July 8th, 2011, we witnessed the launch of the last space shuttle mission (STS-135) at the Space View Park located across from the KSC launch pads.

Again on June 2013, we visited The John F. Kennedy Space Center and this time we were able to take a bus tour around the facilities including the shuttle launch pads.

On April, 2019, this time we went to Space Center Houston (Lyndon B. Johnson Space Center) and took “The Level 9 Tour” at the astronaut training center and the Mission Control Center at the ISS.  At the time, we were also lucky enough to be able to witness in real-time, video of the Japanese experimental module KIBOU (Japanese for “hope”).

We also visited the National Air and Space Museum in Washington D.C., and also saw the Shuttle Enterprise on display at the Intrepid Sea, Air & Space Museum in New York City.

During the past few years, with the COVID-19 catastrophe and your struggles with cancer, you were not able to get out much, so you had been enjoying viewing videos of your favorite cats and dogs in bed.

Also, for the past couple of years, it is a great shame that we have not been able to go out very much, such as to go to karaoke or to go on our trips both within Japan as well as abroad, or to our annual Mt. Fuji climbing quests and visiting zoos, all of which you loved so much.

Even during your fight against the illness, so as not to lose to the “delirium” caused by chemotherapy, you kept up using your brains by doing Math and English drills, an attitude to which I completely respect.

Looking back, after we got married, with our work being quite busy in Tokyo, we were not able to take many long trips, however, we enjoyed our many 48-hour trips from Friday night to Sunday night trips, didn’t we, going to many hot springs and famous sights?

During our longer vacations, we were able to travel all over Japan by overnighting in our RV (still quite a rarity in Japan at the time), going to all the prefectures in Japan, except for Okinawa!

We made it a point to visit Hokkaido twice a year, each time making sure to make stops at Shiretoko Peninsula and the Asahiyama Zoo.  We’d encounter foxes, Ezo deers, Ezo chipmunks, red-crowned cranes, and cat gatherings several times, but we were able to meet up with a wild brown bear only one time from the top of the Shiretoko Salmon Farm.

In addition, I can recall fond memories such as climbing Ayers Rock in Australia, a weekend trip to Malaysia, the night safari in Singapore, and the night market in Taiwan.  Hiroe, you also loved the wild animals you encountered during the night drive.

We were both quite busy with work, and we moved several times due to relocations here and there.  While we were working in Niigata, you decided to get another college degree, and entered a university in Saitama, and studied hard until graduation, balancing work and study.  I was so impressed with the fact that you really loved studying.  What you told me was that you would need qualifications as an “industrial counsellor” and a “career consultant” after retirement.

As promised, I will launch you into space which you loved so much, as an astronaut and board a rocket heading to the Moon!  Remember that we had seen the launch of the final mission of the space shuttle (STS-135) and the launch of JAXA’s H2 rocket many times, but this time, you are finally flying into space as an astronaut you have always dreamed of!

Enjoy space exploration and watch over us from the Moon.  Thank you so much for the 30 years!

At first, I was not going to mention about the cause of Hiroe’s death at the age of 54, which is thought to be too early, but finally, I decided to mention that the tragedy was due to medical accident.  Because the most disappointed person was Hiroe herself.

So, I thought that I should mention that her exit from this earth was a tragedy.

Faith, Love & Resilience are keys to surviving such a tragedy.  We do everything we can to elevate Hiroe’s spirit and make her smile.

For now, Hiroe is going to the Moon.  Wherever we will be in this world, her siblings, her family, her friends will only need to look up at the Moon and Smile!

I am proud to have met Hiroe.  Proud that she picked me as her husband.  Grateful for all she has taught us. 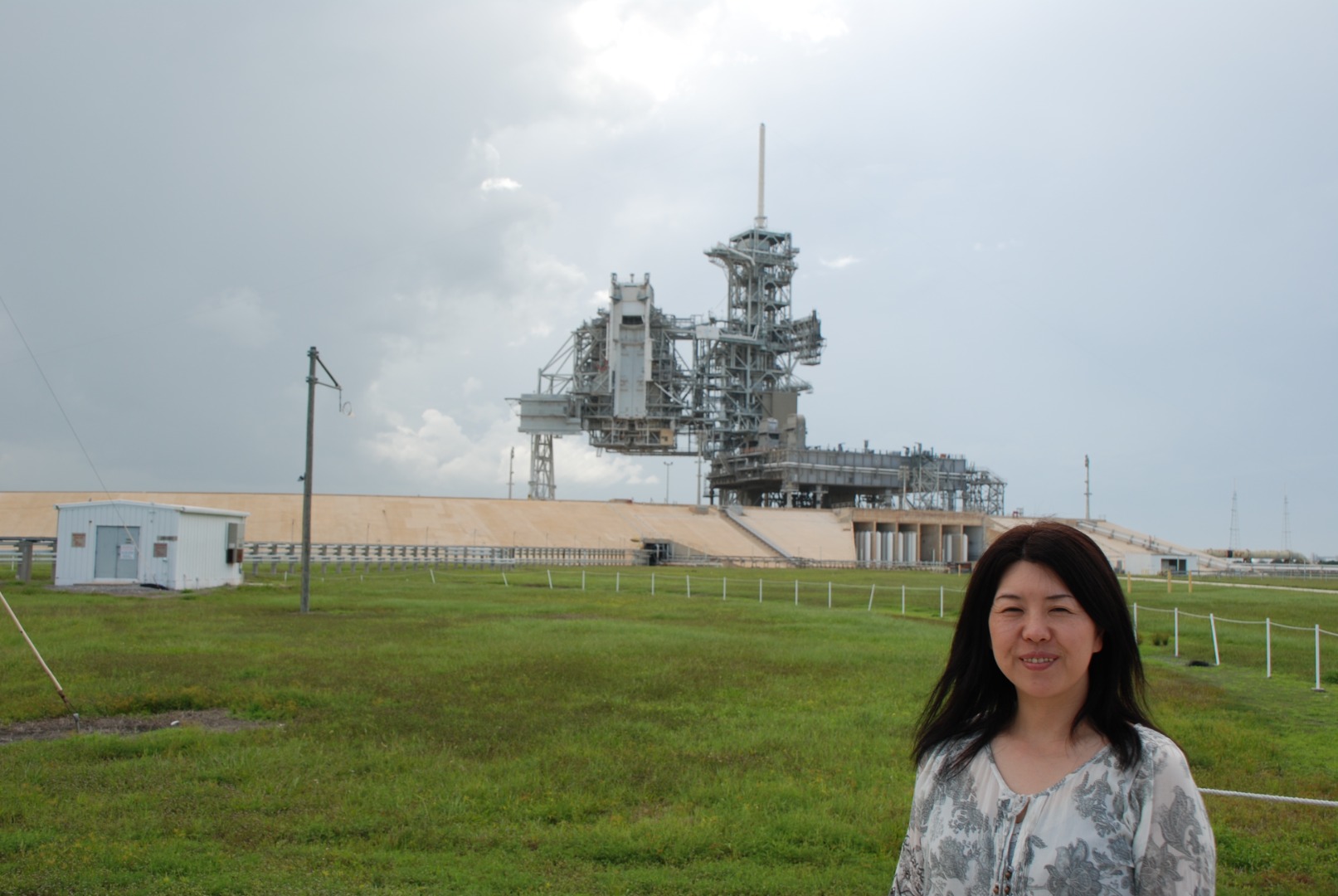 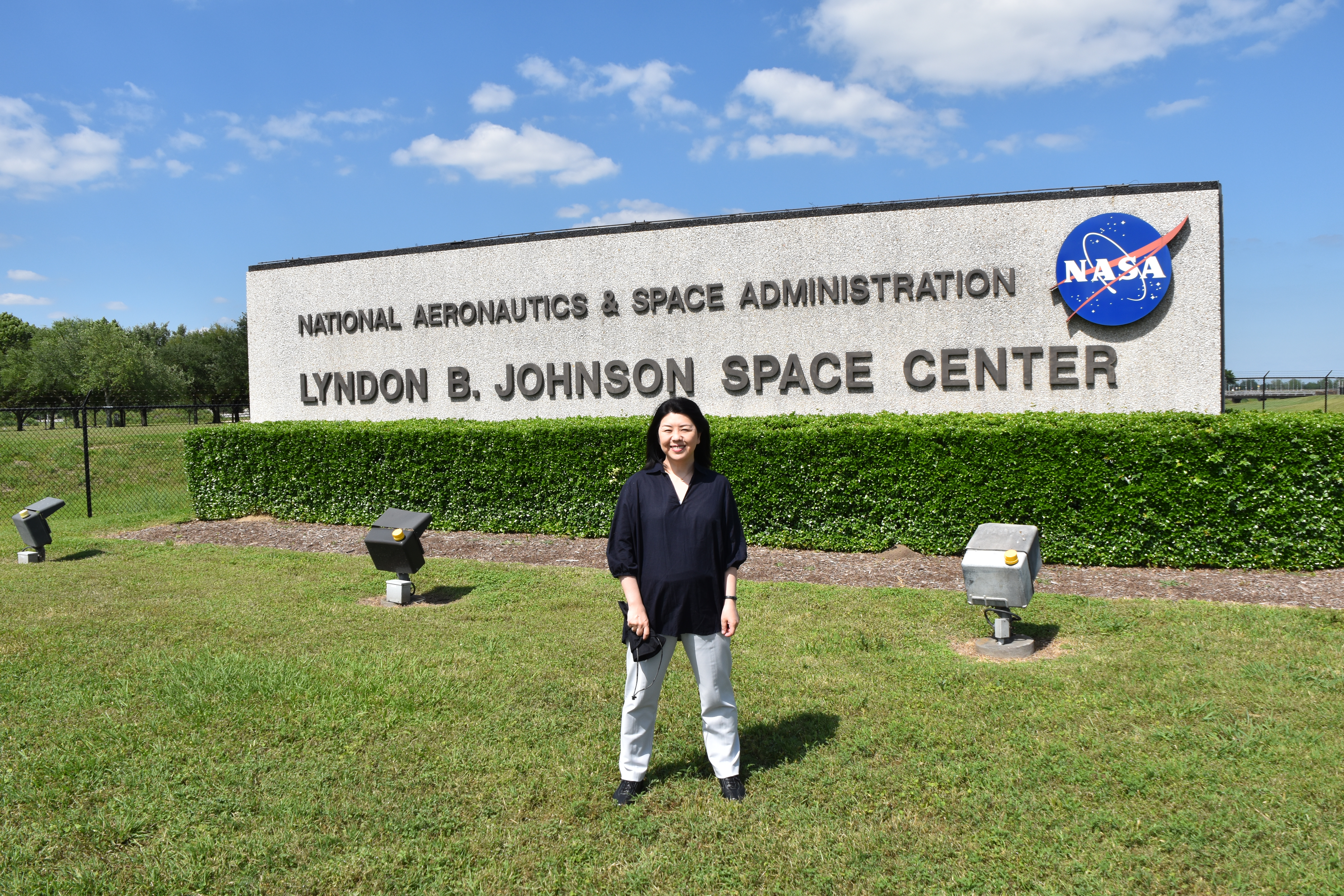 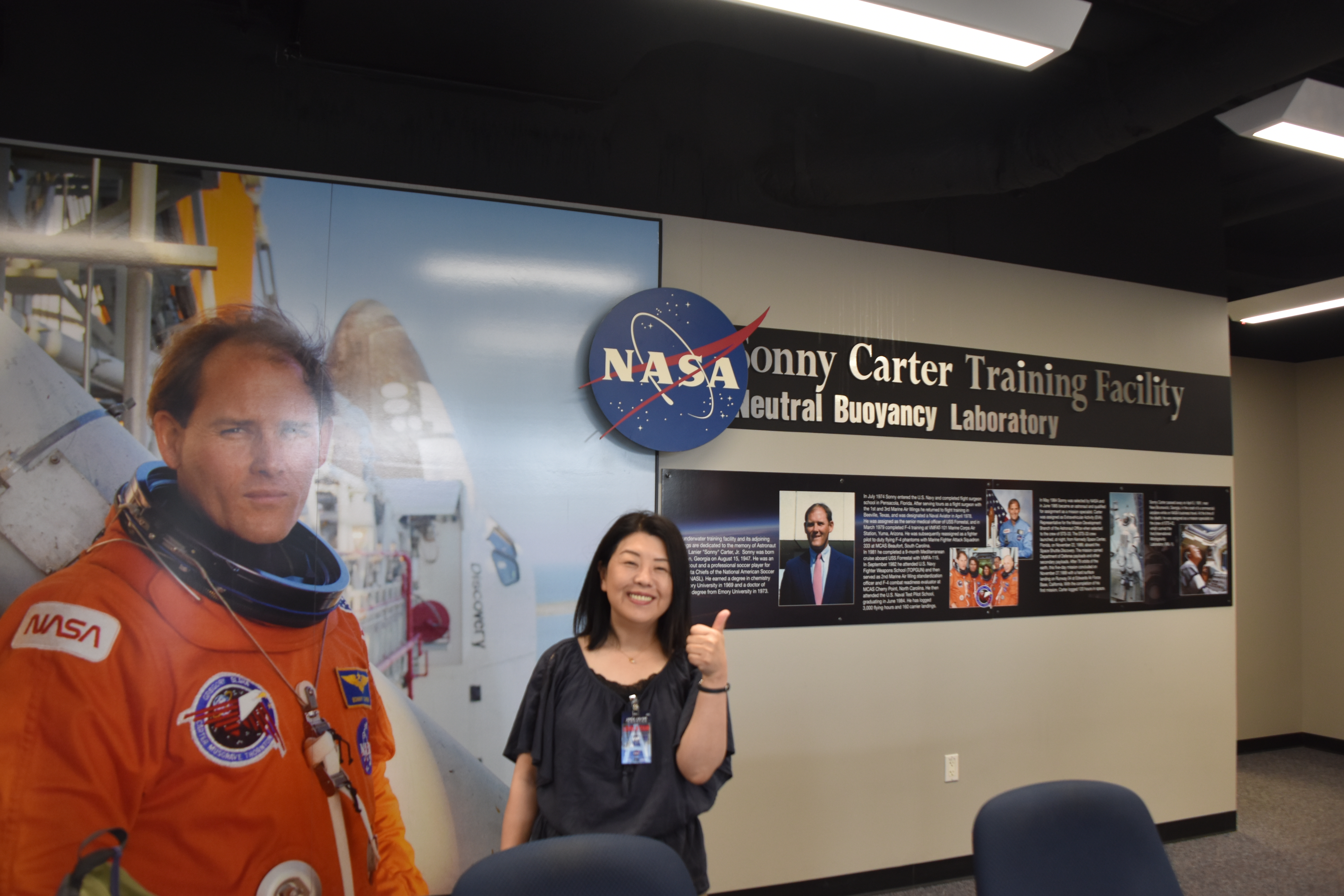 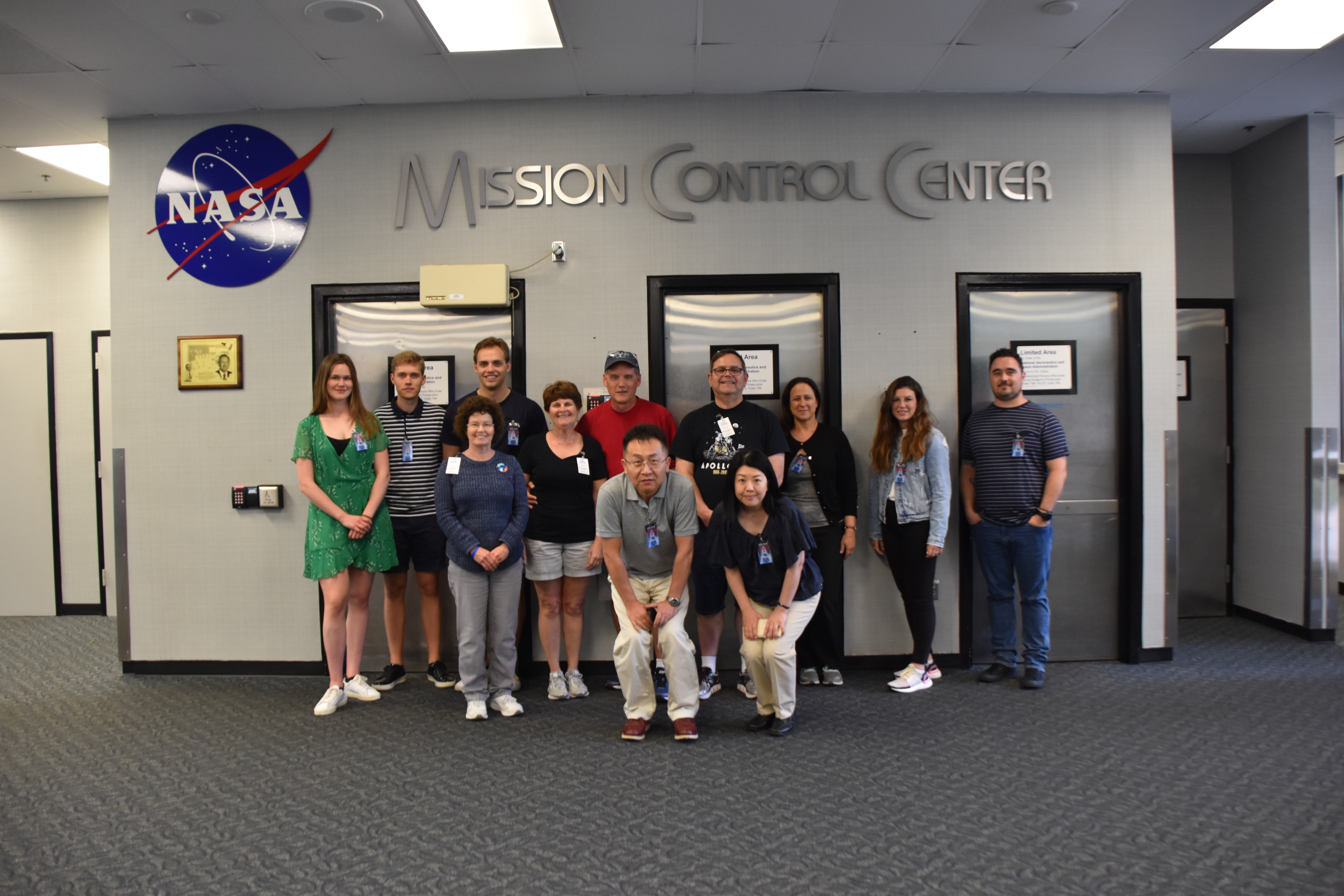