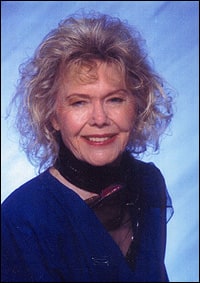 Helen Naomi Sloan was born in Vickery, Texas on October 24, 1921 to Reagan and Lela Stevenson. She grew up in Texas with her brother Jim and sister Katie. She was first married to John Case and had two sons, John and Kenneth. She later attended Texas Tech University where she met and married Claude Sloan in 1953 and had two daughters Pamela and Patricia.

Helen worked in the oil industry with her husband for many years which involved travel to Brazil, Alaska and Pakistan. However, she was very talented as an artist. She created many personal artworks for her family. Her daughter Patricia Sloan even expanded on one of her artworks that began with the painting of Patricia's feet at the age of 5. She occasionally did some commercial art projects, which eventually developed into a full time career.

One of the fondest past times with her children was to pull out the telescope on clear nights and set it up in the driveway at home. She would search and identify the different planets and constellations for them. She also very much enjoyed watching space shows like Star Trek with her children. She carried on this interest in space to her grandchildren.

It was with the youngest grandchild Travis Smith that she indicated an interest in having her cremated remains sent into space. They were watching a show on one of the learning channels one day about the ability to have your cremated remains sent to the moon. She was very clear to him about her desire to do this. It was not until a couple of years later when Helen's health began to fail that she expressed this desire to her daughters. Her daughters were not aware of this type of service, however Travis remembered the show and indicated that it was indeed a possibility. The oldest daughter Pamela Evard began checking online and while looking for an urn discovered the website for Celestis. While Helen would have preferred to be buried on the moon, she agreed that to have her ashes launched into orbit on a satellite was acceptable and affordable alternative. She was so happy to learn that we would be carrying out this one last request for her. 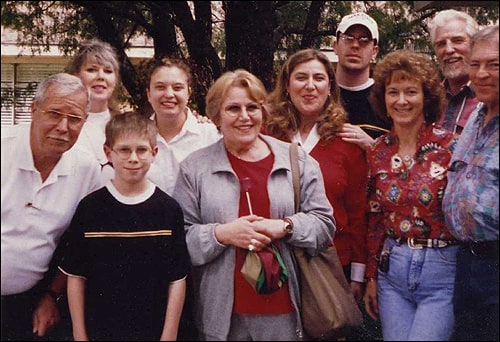