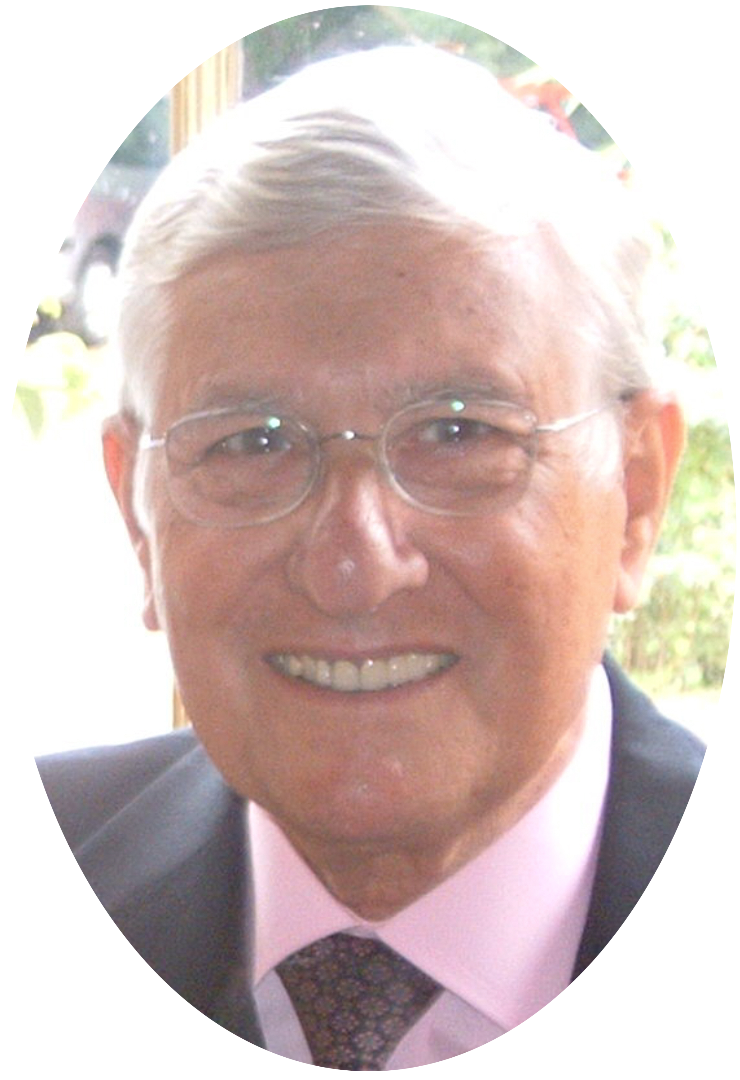 Harry William Valentine born in 1930 in Royal Borough Windsor, England, to Harry and Hannah Valentine. The eldest of five children, he had a happy childhood.

He left school at 14, and went to work at Windsor Police station, where he gained office training. He was a motivated man and later when he was first married he cycled from Windsor to Reading nightly after work to gain his Higher National Certificate (HNC) qualification in scientific instrument making. He continued to study both in the Army and with his various employers thereafter.

Harry served his National Service with the Royal Electrical & Mechanical Engineers [R.E.M.E.]. He was posted to Longniddry Scotland, before being posted abroad.

In 1948 he met Iris; the couple married in 1955. They lived in Woodside near Ascot, Royal Berkshire for nine years and had three daughters, Helen, Stephanie and Karen, before emigrating to Toronto, Canada in 1964 to take up a position with Atomic Energy Canada. Shortly afterwards Harry became a design engineer for Spar Aerospace working on an Astronaut Boom Attachment System. In this design were the precursors of Spar Aerospace's very successful Storable Tubular Extendible Member (STEMé) and BI-STEMé structures. Later in 1969 he worked on the Apollo 11 program and in July of the same year was presented with a plaque depicting the autographs of the Apollo 11 crew.

In 1970 Harry decided to bring his family back home to England, and took up work with De Havilland Aviation, subsequently to become British Aerospace. In 1990 he headed up the winning CadCam team for that year. Harry retired four years later in 1994.

Harry and Iris enjoyed their retirement, buying a share of a holiday apartment with other friends. This allowed the both of them two months each year in the sun of Santa Pona Mallorca.

Harry had many outside interests: Playing, he enjoyed squash, but as a spectator he favoured football and was a lifelong fan of Arsenal Football Club. In the Summer Harry was a cricket fan. Harry enjoyed music; classical, and more particularly jazz and had an extensive album collection. Outside he created and maintained his beloved garden. Inside he enjoyed his computer and playing the stock market.

Family however was always very important to Harry and he was happiest when with the family and playing with the grandchildren.

His life was tragically cut short by a freak accident, dying in 2007 ten days after being struck by a falling oak tree.

His funeral was held on Valentine's Day. It was attended by over 200 friends, family and former work colleagues.

In summary Harry was a loving husband, father, grandfather. He was optimistic and had a cheerful disposition. He motivated others and gained their respect. He did not seek glory and was a modest man. He is greatly missed by his loving family. He is survived by his mother Hannah; wife Iris; Sister Christine, Brother Stephen; Daughters Helen, Stephanie, Karen, and five grandchildren, Emma, Paul, Amy, Charles, James.