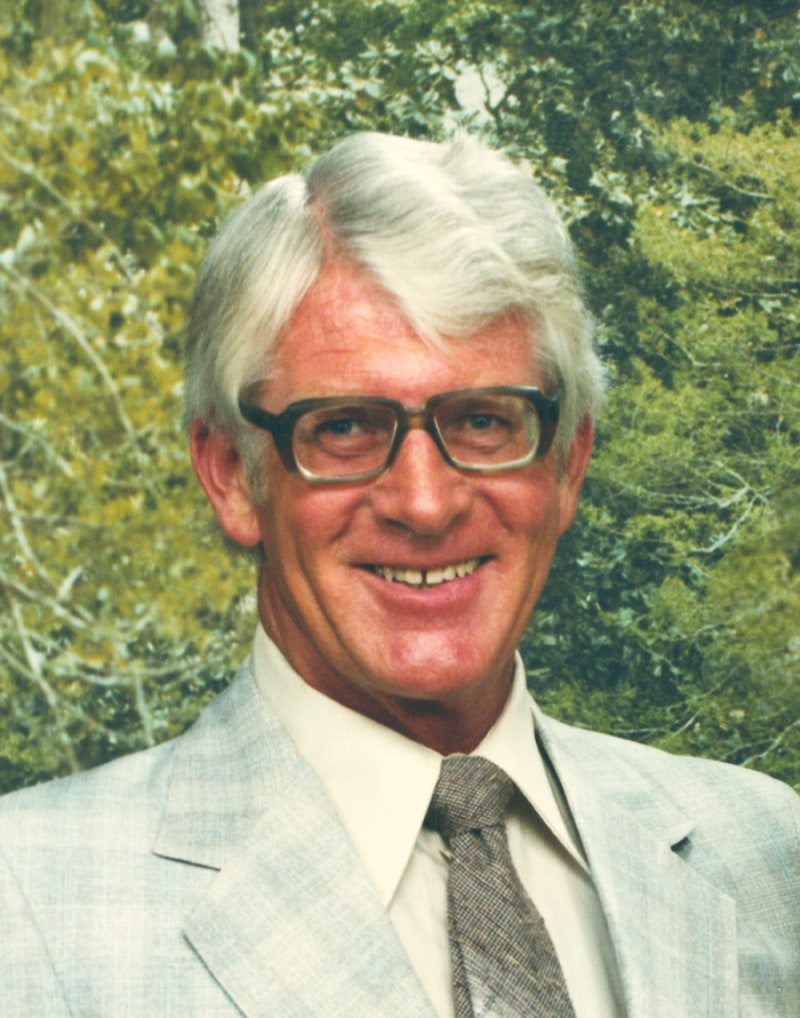 Harold Lee Foster, Jr. was born December 10, 1928 in Marblehead, Massachusetts. Hal was raised on the east coast along with his two sisters, Betty and Louise.

After completing high school, he went to work at a bottling factory where he first developed his strong work ethic. Subsequently, he took work as a draftsperson: This was the inspiration that later led his second daughter, Debra, into her career as an architect.

Harold left the cold eastern coast for sunny California where he worked as a bellhop at the prestigious Ahwahnee Hotel in Yosemite National Park. It was there he met his wife-to-be of 40 years, Albertina (Al) Fuechter. After being married in her hometown of Olean, New York, they returned to Yosemite and became the proud parents of two daughters, Laurie Diane and Debra Lynn. Outgrowing the one bedroom apartment allotted by the Curry Company and seeing the difficulties of raising children in a wilderness environment, they moved on to Orange, California. Hal then began his long term career as a milkman. His organizational skills enabled him to develop dense, compact routes that allowed him time to offer personal service to people along his route. Service became another motto in his excellent work ethic. His children and their close friends would occasionally join him on Saturday deliveries, ending with chocolate chip pancakes at IHOP.

As the economy changed, Hal was flexible enough to change with it, buying a Sir Speedy print shop franchise. He brought his dedication and service work ethic to the franchise. Eldest daughter, Laurie, joined him in working at the store, while Al helped with the accounting nights and weekends to turn an experimental franchise store into one of the company's top 100 franchises. A Caribbean Cruise was given to them in recognition of their achievements; this also marked Hal's retirement.

Towards the end of his life, Hal left his family and moved to the warmer climate of Arizona. In Surprise, Arizona he changed his outlook and made new friends with whom to socialize, go to movies, and play cards. His joy of cooking changed to a joy of dining with friends. His joy of watching Star Trek on TV changed to a joy of going to the movies -- until macular degeneration took most of his eyesight. And his joy of growing tomatoes and roses changed to a joy in watching the desert bloom in spring. But despite living in the desert, he always followed his "hometown" teams of the Boston Celtics and the Red Sox. Hal stayed in the desert until his last weeks -- when cancer took him quickly.

It is into space that Hal now wants to go so that his children -- wherever they travel on life's journey -- will be able to look to the stars and think of him.

A Little Step Away
by O.J. Hanson

To close the eye, to fall asleep,
To draw a labored breath,
To find release from daily cares
In what we know as death.
Is this the crowning of life,
The aim or end thereof?
The totaled sum of consciousness,
The ripened fruit of love?
It cannot be, for works of God
Are wrought for nobler ends,
And those away continue on
In the hearts of kin and friends.
It cannot be, for they live on
A little step away,
The soul, the everlasting life,
Has found a better day...