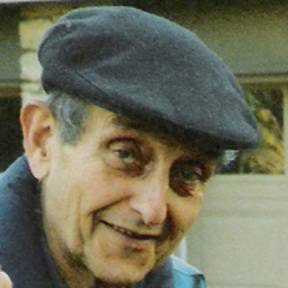 My dad was the best dad in the world. Many young children believe this to be the truth. Most adult children canÍt still say they do, as lifeÍs lessons expose the fallibility of all. My brother and sisters and I can. My father wasnÍt famous, even if his name was. He enjoyed his job as an architectural draftsman but that didnÍt define him. He was defined by his character. No one ever had a bad word to say about him. The quintessential nice guy. He was at all of our games and all of our practices. He was always there to help with homework. He married late in life for his era (he was 33). But when he did, he devoted himself to his family.

He had a very dry sense of humor, a laid back demeanor and he always had something interesting to talk about. Politics, philosophy, current events. My dad was fully engaged in life. He was a voracious reader and was intellectually curious about many things. He read everything: John Grisham novels; science fiction books and magazines; Scientific American; National Geographic; historical non-fiction. He particularly enjoyed scientific non-fiction, especially those books by Richard Feynman. He was an early and lifelong devotee of the United States space program. He visited NASA in Houston several times and was also able to see Cape Canaveral in Florida. He would be honored to be included with former astronaut L. Gordon Cooper. And tickled to be included with "Scotty," James Doohan. As a fan of science fiction, he enjoyed all the Trek incarnations, as well as the other ones by his doppleïnameÍer.

George W. Lucas was born in Oneida, Kansas on January 22, 1927. He was raised in Frankfort, Kansas. He was drafted into the army as soon as he graduated from high school in 1945. He spent two years in post-war Germany. He went to Kansas State University and received a degree in architecture. He moved to the Kansas City area where he married Sheila Ahern, eventually settling in Shawnee, Kansas where they raised four children. He has 15 grandchildren. We lost him on November 4, 2002. He is missed every day.