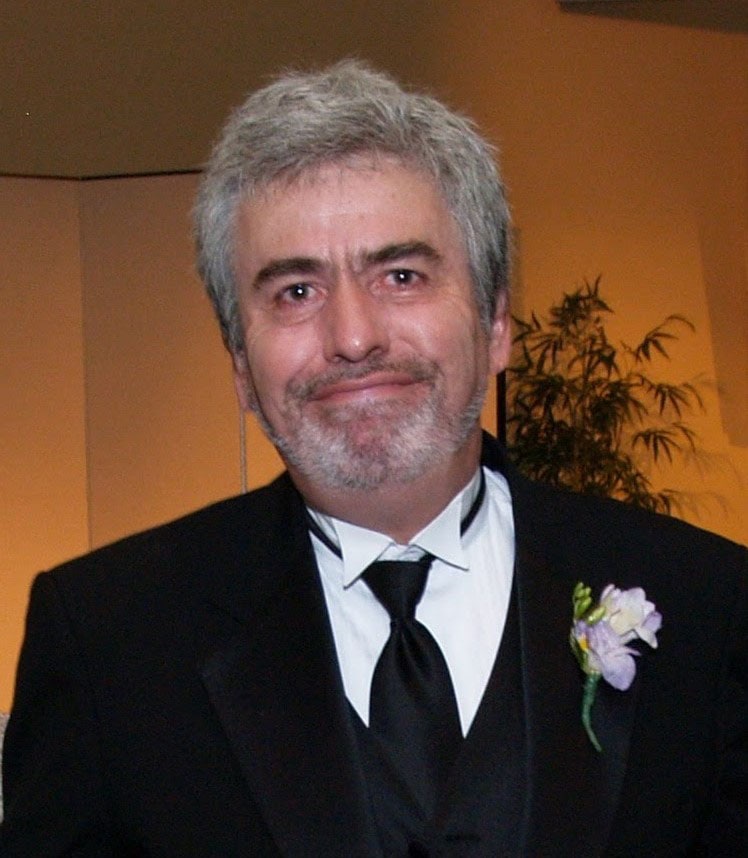 Geoff was always interested in outer space.  He watched any, and all, programs about the planets and stars. There were many nights, and some early mornings, that you would find him and his wife on the back porch looking up at the sky. Their favorite memories included attending a rocket launch, which despite being 5 miles away in a corn field they could feel the ground rumble and the heat of the rocket. They also enjoyed a trip to South Carolina to see the total eclipse of the sun which was accompanied by an instant chill and no sound as the bugs became silent.

Geoff first met Diane at her junior prom. He fell in love with her at first sight, despite having come to prom with one of Diane’s friends. Although they both went on to marry other people, Geoff showed back up in Diane’s life in 1992 and they were married in 1993. At the wedding, Geoff also gained two daughters from Diane’s previous marriage. Geoff was always a caring and thoughtful father to Lindsay and Samantha and would give them the world sacrificing to make sure they had every opportunity to succeed. He lived to see both daughters married with successful careers and to meet his two grandchildren, Makayla and Lucas. Every chance he got he would share how proud he was of the women his daughters became.

Diane really was the love of Geoff’s life. He wrote poetry about her and spent as much time with her as possible. Especially after retirement, he rarely went anywhere without her. He even took her along to the golf course, where she would watch wildlife while he played a few holes. They took many road trips and vacations throughout the years, but the trip Geoff always dreamed about was going to space. That was going to be a problem though, even when space tourism became a reality, because Diane said she would not go to space. Therefore in life, Geoff wouldn’t have gone either since the love of his life wouldn’t join him. In death, his family is happy that we are able to make his dream to go to space come true.

Geoff did “computers” as his family said and he realized his dream career of working for Microsoft. At Microsoft, he was awarded the Public Sector Practice Award in 2001 and in 2002 he was named Public Sector Top Consultant.

Geoff loved his family, animals (especially dogs and wolves), and space. Geoff was born in Peterborough, England and was the son of Laura Beckford and the late Milton Maiman. He was the middle brother to Richard and David Maiman. Geoff is survived by the love his life, Diane (Marchick) Maiman, two daughters Lindsay Payer and Samantha Kline, and two grandchildren Makayla and Lucas Kline. His greatest joy in life was spending time with his family.

“Perhaps they are not the stars, but rather the opening in Heaven where the love of our lost ones pours through and shines down upon us to let us know they are happy.” – Eskimo proverb