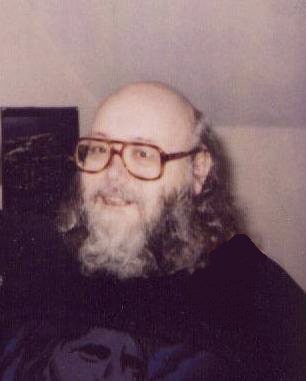 Gary Bourgois was the President and Program Director of SkyBird Radio, and humble host of “Friday Night Live” (FNL), the longest running technical talk show, having its roots in satellite radio since the early days of satellite broadcasting. Many longtime C Band Dish owners may remember Gary's quick wit and extensive knowledge of the satellite industry. Gary's FNL "News and Views" was considered the best satellite news coverage anywhere.

Gary hosted FNL since about 1991, starting back with Jim Bass on the old LTR Network, a service devoted to ham radio operators and Shortwave Radio Listeners (SWL's). Before FNL, Gary was:

Following this, he managed STUDIO B, the only recording studio in downtown Marquette (on the prestigious 100 Block, where all the banks are). The studio, located over a shoe store, is where the “Flash Frizbone Comedy Series” was produced for the Aircheck Factory.

Gary's interests included Elaine (the love of his life), his cat BINKY (a.k.a. Velcra), and all forms of communications. He got his ham ticket (WB8EOH) in 1967, was active in SWL and Broadcast Band listening (BCB DXer), and occasionally fired up his 2kw ham station to talk with fellow hams all over the world. Gary monitored 146.94 simplex 24 hours a day (his private channel) and, if you were ever in downtown Marquette and had a ham ticket, you could give him a call and see his rig.

In 1976 while at WNMU, he witnessed the installation of the first satellite dish in Northern Michigan (a 30 footer!). He later helped install the first home dish in Upper Michigan, a 12 footer with a SKY EYE 1 receiver. At the university, playing with the satellite receivers during his off time became a bit of an obsession. Eventually he knew he had to have a dish of his own, but the $5,000 price for a home dish was out of the question. Prices kept going down, and his recording studio picked up the account of RENT-A-DISH in Negaunee, Michigan, which at one time was the largest satellite dealer in the USA. But the money was needed for other things ... until 1986 when he acquired his first satellite receiver, a used 70mhz analog tuner he traded for a microphone. He got a trashed dish that had been taken out by wind and replaced by someone's insurance, scrounged up a half dead actuator, and an ancient 45 volt mover … and with all this, he had a fully manual system. Since that first dish, there was no turning back. With Gary's satellite dishes gracing the house at 429 Spring (like the coil of wire) Street, Television Receive Only (TVRO) was more than a hobby, it was a way of life.

Always eager to explore new technologies, and with a zest for life, Gary kept busy exploring the universe, having fun, and kicking back with Elaine and the family to enjoy the pleasures of being alive.

On Tuesday 15 November 2005, Gary – the “Eccentric Old Hippy” – went silent key. Gary got many people started as dishheads and talk radio hosts. He has now moved on to join Elaine on his favorite airshift – eternity – where nothing is scrambled, and the signals never fade. 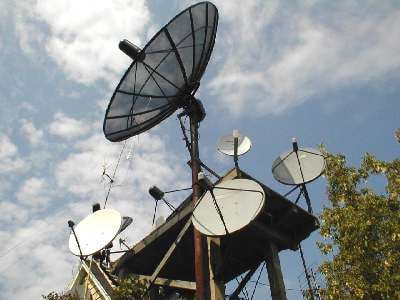 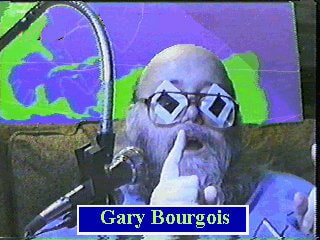