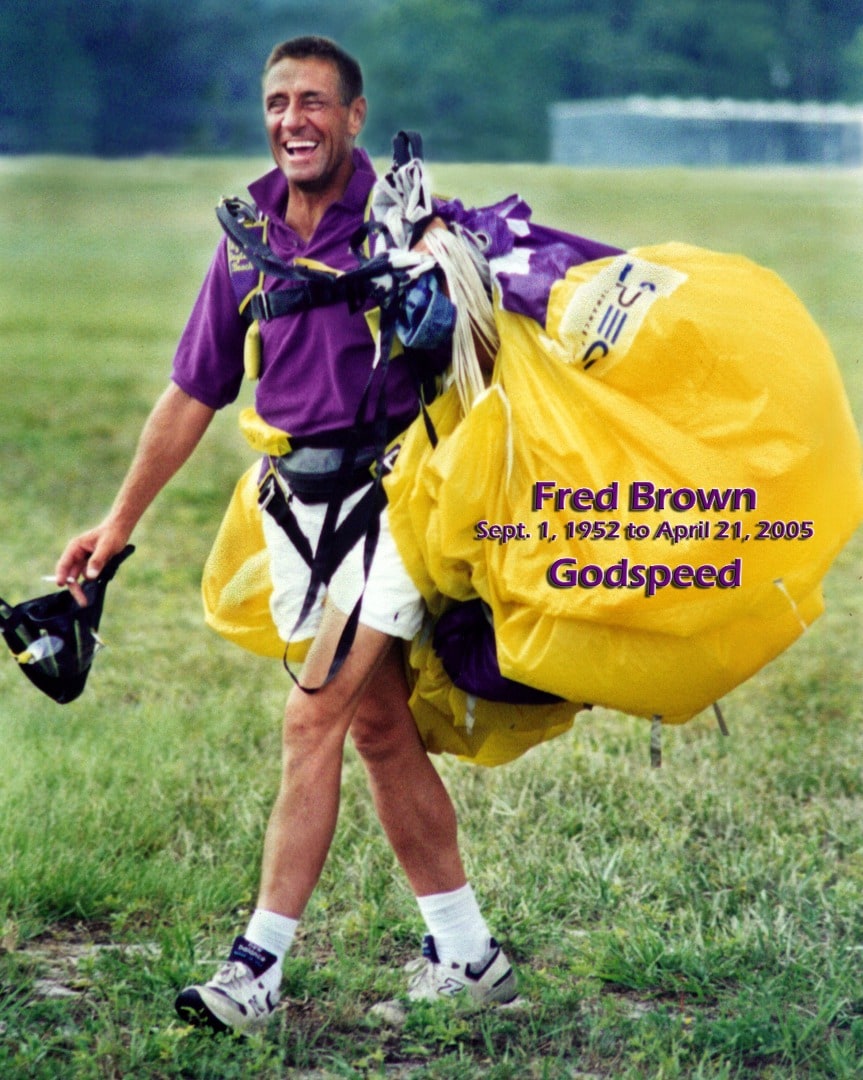 Fredrick T. Brown was born on September 1, 1952 in Greenville, Michigan. He was the first of the five children born to Ellewyn and Thomas Brown. The years following brought him his sisters Gail and Dana, his brother Gary, and baby sister Brenda. Fred loved adventure. If you listen to his sisters' talk of him as a child, you hear of many dangerous and naughty adventures.

Fred graduated from Greenville High School in May of 1971 and married Susan Smith the following August. In January of 1972 his first daughter arrived; Heather Michelle. A second daughter, Holly Renee, followed in December of 1974. He provided for his family as owner and operator of Brown Plumbing & Heating Inc.

Fred enjoyed airplanes and flying. He resided close to the Greenville municipal airport where he frequently took his girls flying.

In 1983, Fred sold Brown Plumbing & Heating and set off on a new adventure. He relocated to Sunrise, Florida. He married Jane Piggott, and daughter Erica Marie was born in November of 1984. In 1984 Fred and Jane began F & J Plumbing Inc. Fred was known for his expertise in the plumbing field and with Jane's help grew a very reputable business as a contractor. In December of 1986 Fred was blessed with twin daughters April Lynn and Allison Nichole. He loved all of his daughters and was a wonderful father.

In late 1993 Fred experienced his first tandem skydive. He was instantly hooked. He continued with training and became an avid skydiver. He made many good friends within the circle of skydiving. He wished for all of his daughters to take on his enthusiasm for the sport as he did. Daughter, Erica, finished her Accelerated Free Fall training, and joined him frequently in the sky. This began the many of weekends spent at Air Adventures, in Clewiston, Florida. Fred also took several international trips and was part of many world and state records set. In the mid nineties, Fred became even more involved in skydiving as the owner of Skydive Daytona Beach where he was nicknamed "Freddie Boy" by his skydiving friends.

February 9, 2003, as Fred was flying his Cessna 170 home from Air Adventures, he was forced to attempt an emergency landing on I-75. Unsuccessful, he crash-landed and sustained very critical injuries. Daughter, Erica, was a passenger and escaped with minor injuries, as did Fred's two dogs. Fred was hospitalized until June of 2003. He beat the odds several times. He was told he would probably never walk again, but walked himself out of the hospital. This man was absolutely amazing! Within the long two years that followed, Fred endured excruciating pain and numerous surgeries. On April 21, 2005, the Lord relieved him of his pain and brought him home.

Friends, family, F & J employees and skydivers came together for an incredible celebration of Fred's life. All of his daughters made at least one skydive, and Fred's ashes were released in the blue skies above Clewiston over a series of jumps all day long. At sunset dozens of balloons, each with a personal message, were released into the air as the setting sun painted the sky.

Fred is survived by his five daughters, a grandson, and four granddaughters, his three sisters, his Aunt Jo Brown, nieces, nephews, cousins, aunts, uncles, hundreds of friends and his dogs Dusty and Jeannie.

He was preceded in death by his parents, and his brother Gary. Fred touched many lives and will continue to be sadly missed each day.