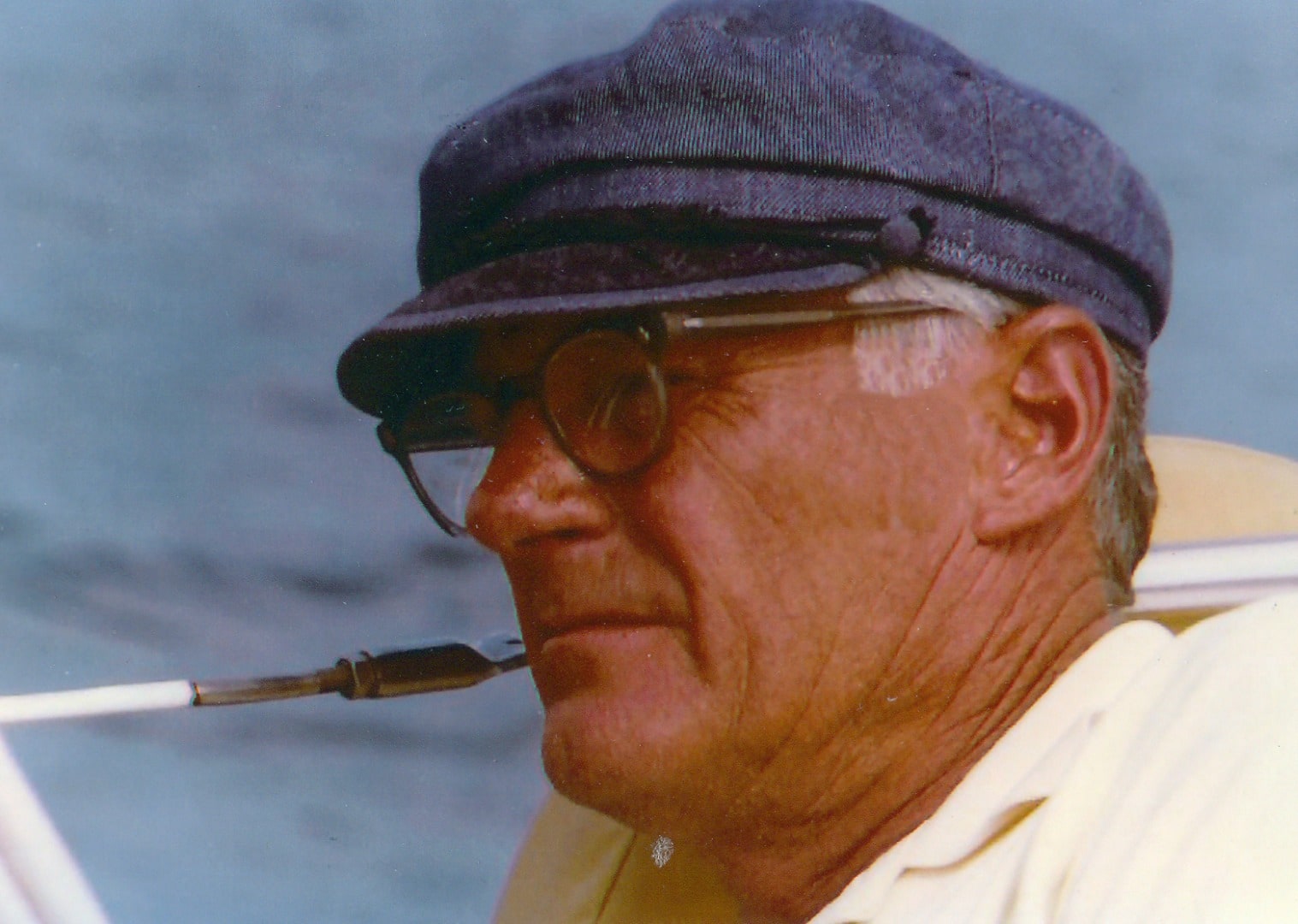 Character, integrity, modesty, honesty, perseverance, humor and confidence are qualities Frank Jones exemplified throughout his life: growing up on a small farm in Alabama, educating himself through the GI Bill, becoming a successful aerospace engineer, and being a loving husband, father, and grandfather.

Born May 6, 1927 in Wilsonville, Alabama, Frank was the youngest of four children and the only son of Benjamin and Frances Jones. From childhood, Frank exhibited an inquisitive nature and a curiosity about how things worked. Upon graduation from high school, Frank was drafted, and served in World War II and with the U.S. Army of Occupation in France as a radio and communications technician. After honorable discharge, he attended Northwestern University and received a Bachelor of Science degree in electrical engineering from the American Institute of Technology.

Frank began his engineering career with Crosley Broadcasting in Cincinnati, Ohio during the pioneering days of television. There he met and, in 1955, married his wife Martha. In 1958 the couple welcomed their first child Steven. In 1960 their second son Eric was born.

Crosley now had been acquired by the Avco Corporation, and Frank's work moved from the commercial sphere to that of the government. He was developing and testing air traffic control systems in Wilmington, Ohio, when, in 1964, he was recruited by the Avco Everett Research Laboratory (AERL) in Everett, Massachusetts to work on reentry missile technology, and the family moved to Marblehead, Massachusetts.

Frank's fascination with astronomy, science and technology led to a passionate interest in space exploration and spaceflight. This passion was further fueled by his work in reentry physics and its application at AERL and, later, at Avco Research and Advanced Development Division in Wilmington, Massachusetts. The results of his achievements -- designing, building and analyzing sophisticated electronics to monitor the reentry signature of incoming missiles -- would later be applied in the programs that sent men into space, and returned them safely to earth. The Mercury, Gemini, and Apollo projects -- Frank avidly followed them all.

Frank's intellectual curiosity led to far-ranging interests. He loved to read, loved to acquire knowledge. Of the many books he devoured, histories, biographies and spy stories were his favorites. He was also passionate about music, especially classical music and jazz. From Beethoven to Basie, he was a connoisseur and a collector. Frank loved the natural world. He enjoyed camping trips with his sons, and was an enthusiastic sailor who loved sailing for the sunsets as well as the competition.

After retirement, Frank, a meticulous craftsman, was able to satisfy his lifelong avocation of woodworking, both in his home workshop and at the Blue Anchor Woodworks in Marblehead, where he contributed to the design and fabrication of specialty cutting tools to replicate antique molding for the restoration of historic houses.

In July 2002, Frank was diagnosed with a degenerative neurological disease known as Shy-Drager syndrome or multiple system atrophy. He faced his devastating illness with the same courage and dignity he had shown throughout his life.

Frank died January 15, 2006. He is survived by his loving wife of 50 years, two sons and their spouses, five grandchildren, and two sisters. His family and his many friends feel their loss deeply. They miss Frank's intellect, his sense of humor, and his utter kindness.