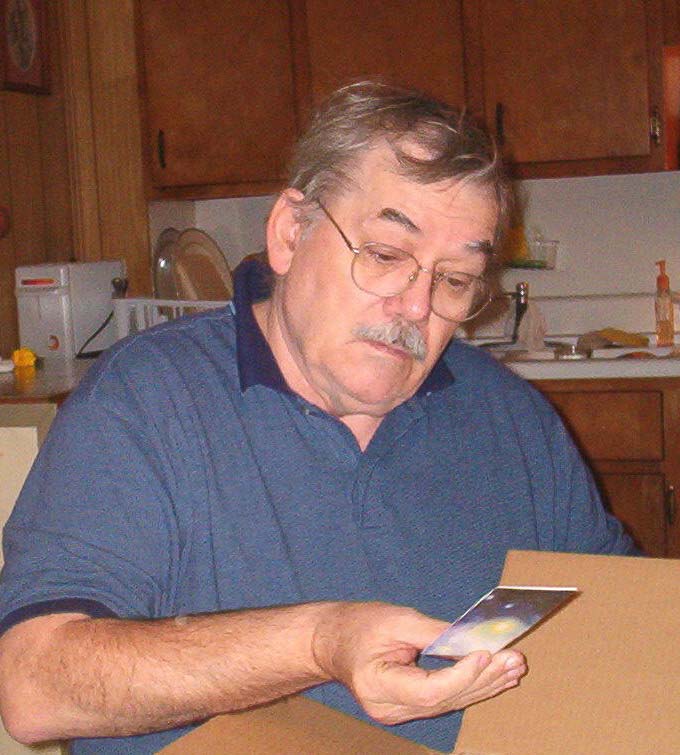 Eugene Richard Gensiak was born in 1939 in Throop, Pennsylvania, to Gertrude (Kelley) and Joseph Gensiak. Grandmother Catherine helped him into this world, saving his life by removing the umbilical cord from around his neck. Gene’s parents had met at a carnival where his dad worked and were married shortly thereafter. One year later, Gene’s brother Joseph was born, and the next year Gene was born. Joan, Frank, Clarence, Thomas, Stanley, Paul, Albert, and Michael followed.

When he was five, the family moved to Binghamton, New York, of which he had fond memories into his adulthood. Most of Gene’s childhood was spent in and around Scranton, Pennsylvania. His father was a coal miner and operated a ham radio as a hobby, a passion Gene shared. When his dad could no longer work in the mines, he sold newspapers, which became a family business. Gene learned the printing trade at Scranton Tech after spending his preteen years at St. Michael’s, a boarding school for troubled boys, because of the extreme poverty of his family.

Gene moved to Stroudsburg, Pennsylvania, as a young man to pursue his trade at Kistler Printing. He also joined the army reserves. While living in a boarding house, Gene frequented the Colonial Diner next door, where he met his future wife, Elissa Limons, who attended East Stroudsburg State College.

Gene moved to Allentown in 1965, primarily working at Laros Printing, where he worked for 25 years during many ownership and name changes. Gene and Lissa married in 1967 and had three children — Richard, John (J.J.), and Kara.

Science fiction and fantasy always interested Gene. Tolkien and Asimov were two of his favorite authors. He was one of the first Trekkies from the original Star Trek TV series. Outer space fascinated him, and he often said he wanted his ashes shot into space.

Gene was a soccer enthusiast and loved music, especially country artists like Hank Williams and Patsy Cline. But his first and greatest love was his family.

Robust, unaffected laughter often emerged from Gene’s den when something on TV tickled him. Even at the cancer center he would find something humorous.

Life knocked Gene down many times (quite literally, by a pipe when he was 15 and a car when he was 57), but he always managed to get up and go on. Jobs ended, money was tight, diabetes developed, and then cancer attacked his kidney. He simply turned “lemons into lemonade,” facing it bravely and with little complaint.

Gene will be remembered for his soft side. He opened his doors to down-and-out kin, friends, and sometimes strangers. During a blizzard he brought home a stranded family with five children, who stayed the night. He said he didn’t want pets, but he loved all the strays finding their way to the Gensiak home.

Gene, you are loved and missed by your wife, children, siblings, and friends. Shine down on us from your star (Forever Gene) until we meet again.

The Family of Eugene Richard Gensiak