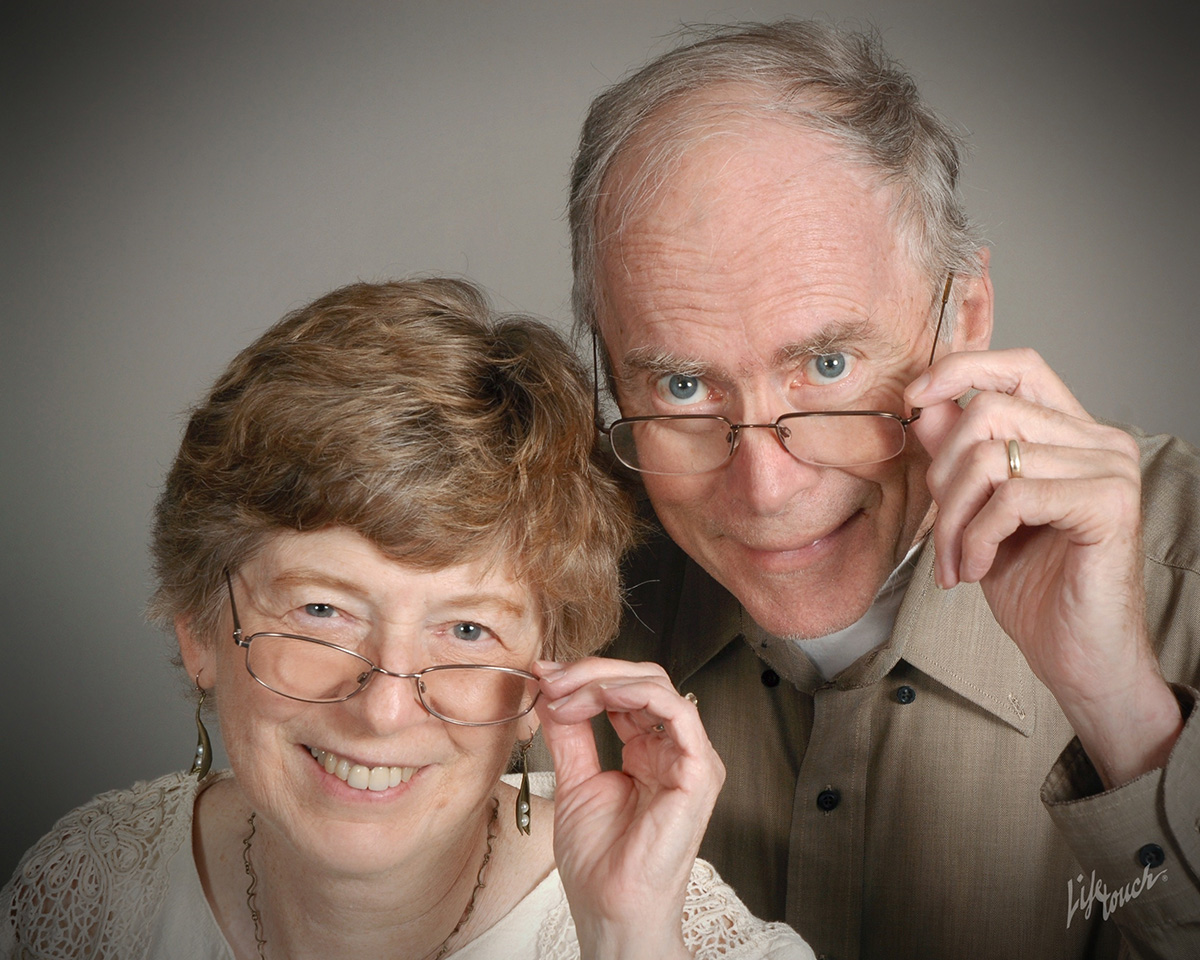 Ed Gaffney was born in Chicago in 1947 but grew up in rural Arkansas where he walked through the deep woods daily to meet the school bus. His love for science, space, and exploration developed at an early age as he spent many evenings wondering under a vast starry sky at “The Farm” and many afternoons reading science fiction novels beside the King’s River.

He met the love of his life, Mary Ellen when they both spent a summer working at the Demonte canning factory in northern Illinois. He would sweep peas under her canner for the chance to talk to her and the rest was history….

They were two peas in a pod.

As newlyweds they spent time in North Carolina while Ed finished out his time in the Air Force, and was a veteran of the Vietnam War, then moved to a small town in central Illinois. He studied at Sangamon State University which was only one of two places in the country where he could get time with a ‘mainframe’ computer. For many years he owned his own business as a software programmer/architect serving as a consultant for the state. He and Mary Ellen had two children and were very active in their community.

His biggest devotions were scouting and amateur radio. The number of meetings, hours, organization, and pork chops turned out in support of these two organizations cannot be measured.

He and Mary Ellen both loved science and history - and loved nothing more than to corner a museum docent and interrogate them for as long as possible…. There was even a points system - the most points were earned one year on vacation when they convinced a curator to have lunch.

Ed’s love of space and science fiction was endless, over the years he curated a vast collection of books on both subjects. He was always ready to converse about a new topic or theory on either subject.

Sadly, we lost Ed to Parkinson’s in June of 2021 and wish him 73’s and 88’s on his final adventure (best regards/ hugs and kisses terms well known in the ham radio community).