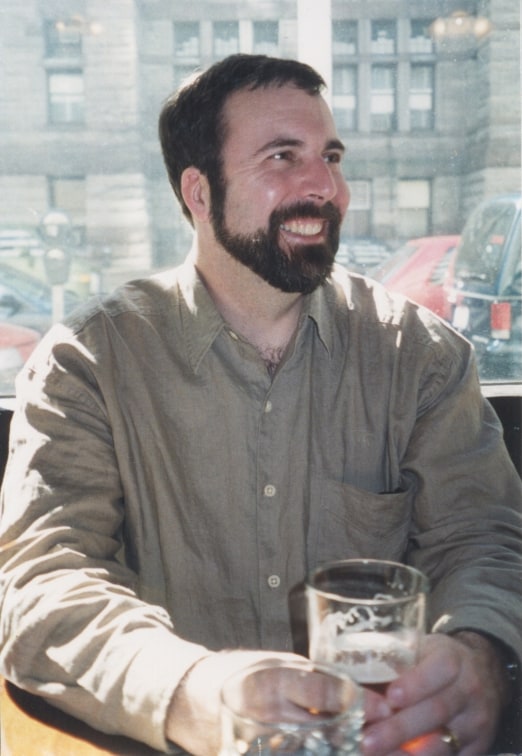 Sam was born and raised in Washington, D.C. He earned a B.S. (Nuclear Engineering 1977) and an M.S. (Mechanical Engineering 1979) from the University of Maryland, and a Ph.D. in Engineering and Public Policy from Carnegie Mellon University in 1989. He held three United States Patents, and was founder and President of Bristlecone Corporation, a company specializing in firearms training systems, and stereoscopic microscope applications for law enforcement forensic purposes.

During his teenage years, he was a budding artist who tried hard to support himself selling his paintings and drawings. One of his paintings hung for quite a while in the Smithsonian Air and Space Museum. He was a voracious reader of science fiction and took great pride in the fact that he saw 2001: A Space Odyssey 22 times, although his favorite movie was Buckaroo Bonzai Across the Eighth Dimension. He wrestled and ran track during high school, and took up rock climbing and hiking while in college.

His first ten years of work in corporate engineering led him to realize that he would be happier charting his own path and running his own business, and in 1990 we incorporated Bristlecone. He struck out on his own soon after and was, sadly, within weeks of realizing his dream of selling the company he had so tirelessly created and sustained when he died in 2001.

Sam and I married in 1977, and we had two children – Ben and Jake. We took them everywhere – all over this country, Guatemala, the Panama Canal, the United Kingdom and Ireland, Canada, Mexico, Switzerland. It was very important to Sam that they see other cultures and understand differences in people and their lifestyles, and that maybe we weren’t the center of the universe. He supported me as I earned a graduate degree while also raising the children, and really pitched in once we became a two-career couple. He was the kind of father who would purchase liquid nitrogen to oversee and assist our sons with science projects about flash-freezing foods, who stayed up all night generating pairs of homonyms for an elementary school contest where families were encouraged to participate, who ran up and down the sidelines cheering Ben’s football team despite the fact that he never watched football and probably wasn’t up on all the rules, and who, after staying up practically all night working on a proposal for our company, would have no problem driving two hours to watch a cross country race of Jake’s. He worked very hard but family came first.

In my mind, he was a casualty of the insanity of September 11, 2001. He was one of the millions of people stranded at airports after air traffic ceased. He wanted to come home, so he kept his rental car and started driving home on September 14th and was involved in a fatal car accident on the 15th. He always spoke of being sent into space after his death, and I want to honor his request.