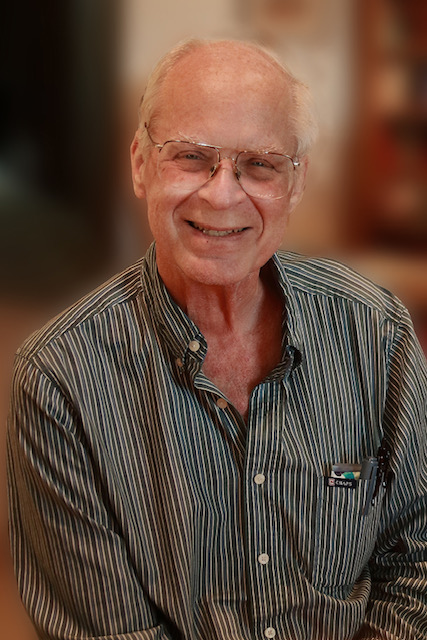 Dr. Arthur Capen Payne, Jr. passed away, at the age of 73, with his two daughters by his side and many loved ones on the phone on May 27, 2021 in Rio Rancho, New Mexico. Arthur’s many passions included, physics, sciences, astronomy, art, history, politics, philosophy, listening to and attending concerts of classical music, playing guitar, reading and writing poetry, photography, reading, mountaineering, rappelling, hiking, camping, science-fiction, fantasy, playing and studying chess and go, going to museums and cultural sites, drawing and painting, eating at diverse restaurants, watching detective shows, food shows and Korean dramas, and spending time with his grankids, grandpuppies and grandkitties. He was a genuine Renaissance Man.

Arthur was born in Margarita, Panama Canal Zone on August 20, 1947 to Arthur Capen Payne Sr. and Elaine Mae (Risteen). His brother Robert Thomas Payne was born in 1950. Arthur enjoyed growing up in the Canal Zone. The family traveled every couple of years to the States to visit family and friends. When the family moved to Diablo Heights in a four-family home, they became good friends with their neighbors the Hellmunds. Their kids all played together, Arthur, 5, Linda and Marsha, 4, and Jimmy & Robbie 1. The two families enjoyed going to the beach, digging for clams, boating on lakes, family dinners and visits and meeting-up when vacationing stateside in Maine and California. In elementary school, he met and became lifelong best friends with Jimmy Lee Slover, who lived across the street. They enjoyed reading comics, shooting BB guns and making homemade rockets. Arthur graduated from Balboa High School on June 4, 1965 as one of the top in his class.

After graduation, he attended Steven’s Institute of Technology in Hoboken, New Jersey. During his undergraduate years he received a National Science Foundation Grant for researching “Scattering in a Coulomb Field.” His hobbies included playing chess and participating in tournaments and on weekends he would visit with his favorite great aunt Nina (who lived in Manhattan). He graduated with his Bachelor of Science in Physics and Mathematics with Honor in 1969 and began working on his Master’s degree. In August of 1971, Arthur was the Best Man in Jimmy Slover and Marsha Hellmund’s wedding. During a visit to Panama in early 1972, he started dating Linda Hellmund. In May of 1972, Arthur graduated with his Master of Science in Physics. He then returned to the Canal Zone to marry Linda on May 27, 1972. They honeymooned in the Panamanian Interior. Arthur returned to Steven’s work on his doctorate. He and Linda lived in married student housing. On Fridays, they met up with Aunt Nina to try new restaurants or she would cook for them. He worked as a teaching assistant in 1974-75, giving recitations and supervising labs. His dissertation of his thesis “The Relativistic Burnnett Equations” was approved on May 8, 1975 and he graduated with his Doctorate in Theoretical Physics on May 22, 1975.

While Arthur was applying for jobs, he and Linda moved to Colorado and he helped work at Linda’s family’s potato farm. They lived with Linda’s parents. On June 23, 1975, their first daughter Patricia Sue Payne was born in Alamosa, Colorado. In Colorado, the family enjoyed camping, hiking, and eating delicious farm-fresh food. Arthur then decided to join the Navy. After he completed his basic training, the family then moved to Orlando, Florida. Arthur worked at the U.S. Naval Nuclear Power School. He was an instructor and eventually the Director of the Physics Division. He served for 4 years with several extensions. On November 21, 1977, their second daughter Erin Elizabeth Payne was born. In Florida the family loved going to Cape Canaveral to watch rocket launches, visiting beaches, camping, rappelling on trees, and visiting Disneyland 12 times when family and friends would visit.

In 1981, Arthur was hired as a physicist and analyst at Sandia National Laboratories in Albuquerque, New Mexico. The family moved to New Mexico. In New Mexico, he took joy in hiking, camping, reading in the backyard, helping with his daughters’ Brownies and Girl Scout Troops, and participating in astronomy events. He and Linda were part of a rock climbing club and enjoyed running. The family hiked, camped, rode the tram, visiting the Balloon Fiesta, traveling and vacationing in New Mexico and other states, picnics, going to church, and spending time with friends and family. In 1998, Arthur and Linda divorced, but because family is so important, they remained friends until his death.

In 2009, after many years of distinguished service, Arthur retired from Sandia National Labs. He continued to do contract work for a few years until his health worsened. He survived multiple myeloma cancer for almost seven years after a stem-cell transplant in 2014. In his later years, he still pursued his passions - especially poetry, photography, painting and drawing and Spanish guitar - and loved playing video games. He spent a lot of time with his children and especially his grandchildren; teaching them, spoiling them, reading to them, taking them to restaurants, imparting knowledge and loving them with all his heart.

He is survived by his daughters and their husbands, Patricia and Kevin Emig and Erin and Michael Blohm; grandchildren Christofer Hoffman and Lily Emig, and former wife, Linda Payne.