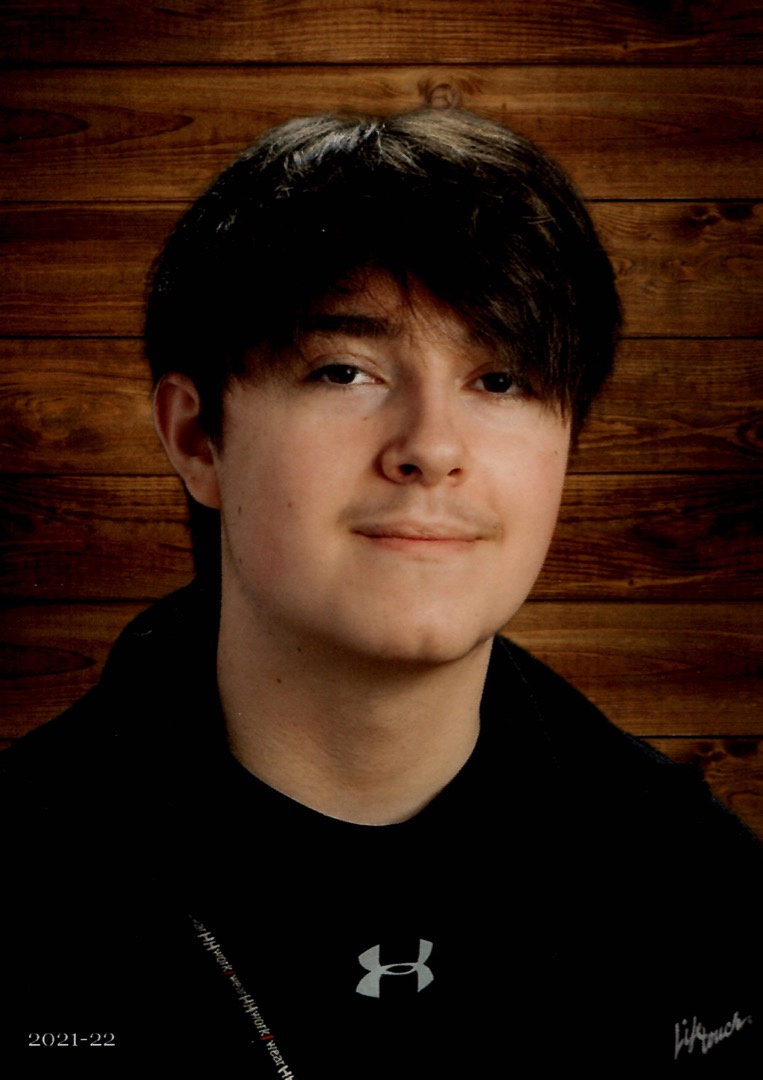 Donavon had a deep interest in Elon Musk's brain chip and he was always joking that he would be the first to volunteer for one. Some months after his passing, we began tossing around the idea of getting some of his ashes launched on a SpaceX launch. Not even really knowing if this was a possibility, we were thrilled to discover this opportunity! The thought of being able to look up at the sky and know without a doubt that he is up there looking down on us is oddly comforting.

Born October 17, 2005 in Melfort, Saskatchewan; youngest son to Barbara Puttick and Lawrence Buhay Jr., a brother to Ashton Puttick and Gwenyth Campbell. Donavon brought a special light and energy everywhere he went. His personality was bigger than life and even at a young age, his unique wit began to shine. Moving to Moose Jaw in 2010, Donavon began school and attended King George Elementary through his elementary years. He developed several deep friendships that he still held to this day, but none quite so dear to him as Oakley Mengel and Mackenzie Hills-Craig, standing by him through all the years and being there for him even in his darkest moments.

Donavon adored his older brother Ashton and tried almost every sport that Ashton played through the years, but the day he kicked his first soccer ball he was hooked. He played many years of soccer and futsal with JJ Soccer and made great friends and memories. Donavon's interest in soccer and other things began to wane shortly before he began high school, as his inner struggles grew and became more difficult. Even as he battled anxiety and depression, Donavon had a special sense of humour and a way of making people feel blessed to know him.

Relocating to Brandon in 2021, Donavon began attending Vincent Massey. Despite the difficulties of the pandemic and restrictions, he started to make new connections. He was quickly building a bond with his stepsiblings, Gracen and Sawyer, and the weekends and activities he got to spend with them brought an energy and light back to his eyes that his mother had missed so much. He enjoyed spending time doing “guy” things with his stepfather, Dave. From learning new skills in the woodshop, to grinding meat and making their own sausages and burgers. Favourite pastimes with his mom were lunches out to get a break from the school day, junk food movie nights, walks through the trails near their home, and the occasional board game or puzzle. Donavon enjoyed the peace of walks with his dogs, Tango, Kiwo, and Koda, or sitting on a bench on the hill, overlooking the city. Fishing with Grandpa Steve, camping with Baba and Grandpa Howard; skiing or balloon twisting with Grandma Maggie, gaming with his friends; Donavon's passing has left no shortage of memories, love, and sadness.

Forever 16, Donavon lost his battle with depression on November 18, 2021. May we all take solace with faith that Donavon has finally found the peace he was unable to find on his journey here.

Donavon is deeply missed by many and eternally loved by all who knew him. We will honour his memory in everything we do and use our experience with this pain and loss to bring awareness and kindness to mental health and suicide awareness.

Feel no guilt in laughter, he'd know how much you care.
Feel no sorrow in a smile that he is not here to share.
You cannot grieve forever, he would not want you to.
He'd hope that you could live your life the way you always do.
So, talk about the good times and the way you showed you cared,
The days you spent together, all the happiness you shared.
Let memories surround you, a word someone may say
Will suddenly recapture a time, an hour or a day,
That brings him back as clearly as though he were still here,
And fills you with the feeling that he is always near.
For if you keep those moments, you will never be apart
And he will live forever, locked safely within your heart.