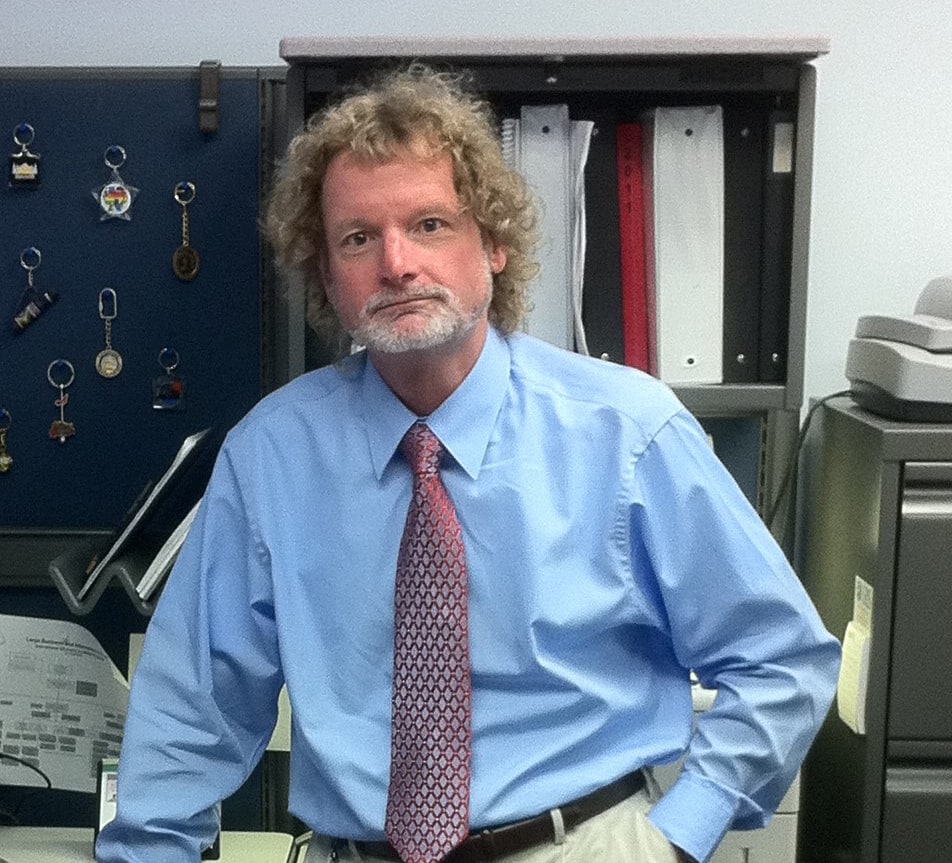 Don Richardson was one of the biggest science fiction and science fans ever, although he had no science background in his real life or training. One of his greatest regrets was that he was physically unable to become an astronaut due to bad eyesight for most of his life.

Don was born in Torrance, California, but lived most of his childhood in Rialto, California, in San Bernardino County. The drapes of his bedroom had spacemen and starships on them. Don started reading Robert A. Heinlein novels before he was a teenager, borrowing them from a neighbor or the school library. This led to a lifetime love of science fictions stories and particularly the TV show “Star Trek.” He watched episodes of the show so often he could recite them from memory like poetry, and frequently won bar bets when it came to Star Trek trivia during college. Surprisingly, he never attended Star Trek conventions or other geek conventions where he might have found more of his own kind. After graduating from Eisenhower High School in Rialto, he attended community college for two years before transferring to the University of California – Santa Barbara where he majored in political science. He once said that one of his greatest joys in school was being a conservative in a liberal arts “party school” like UCSB. After graduating from college, he did some odd jobs including an internship at the California DMV in Sacramento, before being hired by the Internal Revenue Service as an auditor. He spent the next 34 years at the IRS, rising from an auditor to a manager in the Large Business & International case division. Don excelled at teaching and volunteered for as many training opportunities he could get at the IRS, where he got rave reviews as an instructor.

Don met his wife, Carolyn, in 1988 when they were both teaching classes for IRS. Not surprisingly, they came together over a Trivial Pursuit question about Star Wars. This rapidly led to a first date, and then five years of dating before tying the knot. We always joked about it being a “mixed marriage” with him a Star Trek fan, and Carolyn a Star Wars fan. Don humored Carolyn’s love of historical costume and dance, and their wedding in 1993 was a themed costume event of the Edwardian era at a house museum in Orange County. Throughout their 25-year marriage, he (mostly) willingly donned a tailcoat and dressed up for historical dance events throughout southern California, until he was physically incapable of attending. They also enjoyed attending local antique flea markets and antique shopping, where Don learned that the architecture styles he liked were Art Deco and Streamline Moderne (because it looked Space Age to him) and he was able to buy all the toys his parents wouldn’t get him as a child.

The last thing we did together was watch “Star Trek: The Wrath of Khan,” his favorite of the Star Trek movies.

You are finally getting your wish to be in space, sweetie. I hope you enjoy the ride.