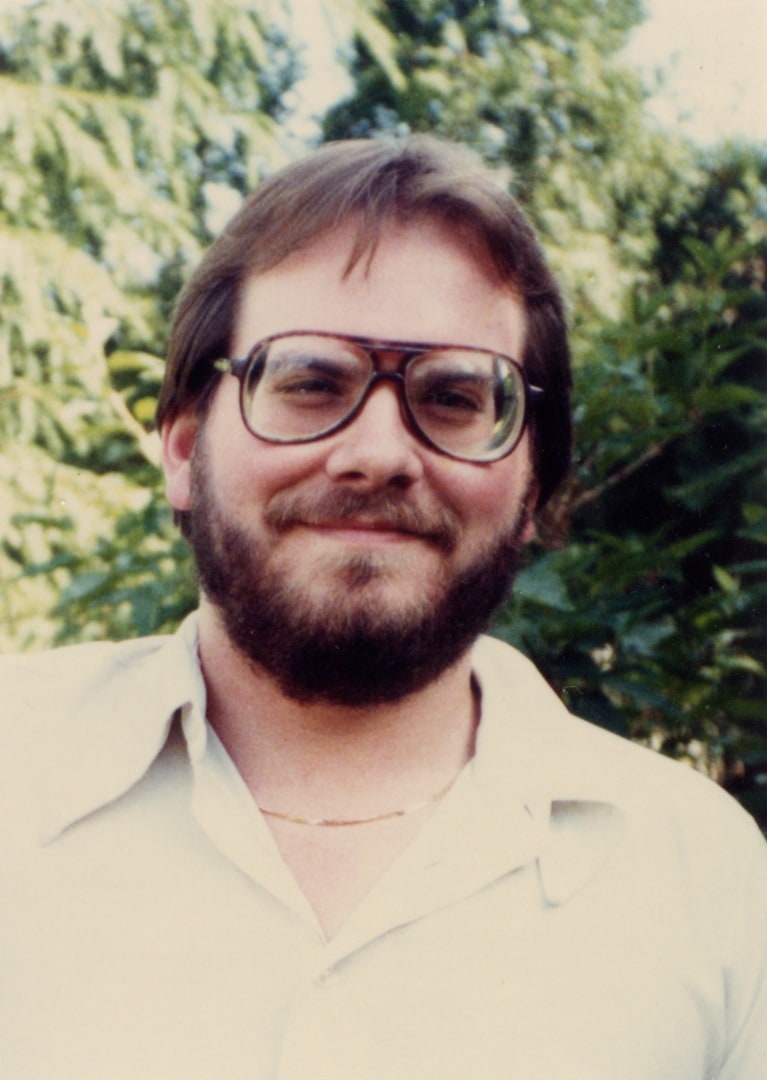 Music, computers, and most of all, outer space were his great interests. It seems most fitting that a part of David goes into orbit.... We know that he would approve.

David Collie was born in Birmingham, Michigan in 1956 to Rosalie Moore and Robert Collie. He was the younger of their two sons, and from his birth he was a happy and talented child. He had a bent toward science, and "discovered" a geometry theorem when he was eight years old, to the amazement of his teacher. He was an excellent guitarist and played in several local bands.

His career was in the music business, as he was a very talented audio engineer, adding the sound effects to TV commercials and movies. In this job, he spent several years working for Solid State Logic and living in Oxford, England, as well as in Los Angeles. Home base, however, was the Detroit metropolitan area, working for companies such as Ron Rose, Producers Color, and General Television Network.

As his liver disease progressed and he waited for a transplant, David became more and more enthralled with NASA, paying close attention to the preparations for space shots and tuning in to the NASA channel. Throughout the six years of his illness, David never lost his wry sense of humor nor his interest in world affairs. His family misses him very much, and we are thrilled to honor his memory by this trip into space.