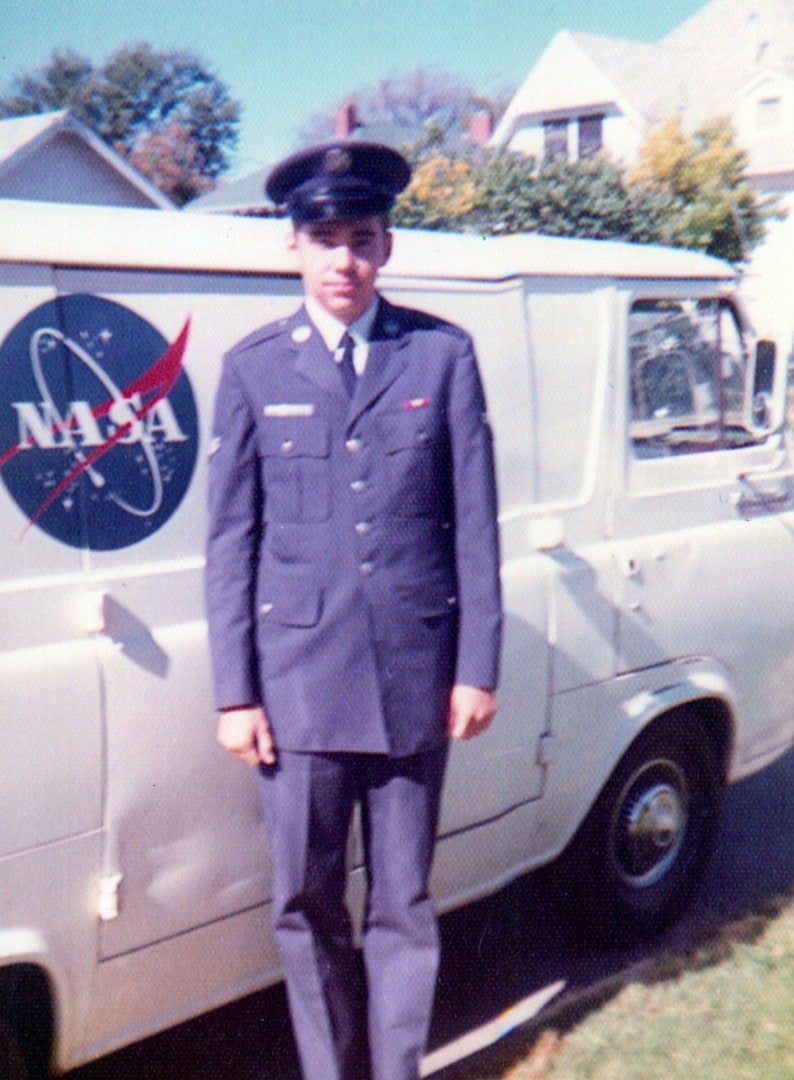 David was a loving son, brother, uncle and friend. He was born in Tulsa, Oklahoma, but spent most of his adult life in Norman, Oklahoma. After graduating from Central High School, David served in the Air Force for three years. He wanted to become a pilot but instead was trained as a tail gunner in a B-52. This didn't stop David from learning to fly, though: He took private flying lessons.

One of the things we remember most about David is his love of learning. His interest in science was first stimulated by the space program when he was a young boy. In high school, he bought a white van and had the NASA emblem painted on each side. He made several trips to Florida to see rocket launches. When he attended his first nighttime launch, he spent the whole day hacking his way through a swamp with a machete. He was stopped by security when he finally got on the base. Fortunately, they were impressed by his determination and allowed him to see the launch up close from the VIP stands.

David's love of learning was most evident in his never-ending career as a college student. After his discharge from the Air Force he began going to Oklahoma University. He especially loved science and never quite got around to graduating because there were always more interesting classes to take. He worked many years for the Daily Oklahoman in Norman.

Over the years David collected hundreds of autographed pictures of astronauts and cosmonauts. He also made scrapbooks of different space missions. He made these not only for himself, but also for the astronauts that went on the missions. Below is one letter he received in recognition for his work.

David always had a dream to someday be an astronaut and go into space. When he was diagnosed with terminal disease his wish was to have ashes sent into space. We are thankful that because of Celestis his final wish can be granted.

The Family of David Cory Styve

Almost five years ago, you sent me a Skylab scrapbook - and received, I think, some cursory acknowledgement.

Recently I had occasion to clean out the attic, and I came across your book -- so carefully prepared and so complete. That was the end of work for that day: I spent the next two hours refreshing memories and adding some new ones. I then carefully sent the book away again, in anticipation of future pleasure for me and for my children.

I want to thank you again, and properly, for your gift. It is the best one I have received, and will last the longest. If I can ever reciprocate, get in touch.