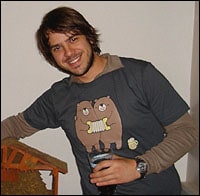 Dane Kauffman Harmon was born August 9, 1985 in Lexington, Kentucky. Dane's father, Terry, was active duty Army and was stationed there at the time. Dane's mother, Susan, was very ill when she got pregnant with Dane, and the pregnancy renewed her and miraculously brought her back to complete health and saved her life. Dane entered the world as a lifesaver.

Not long after his birth, the family moved to Panama where Dane happily spent his first few years of life, spending his days with his mother and beginning his love of experiencing other cultures at an early age. After a few years in Maryland, the family retired in Florida where Dane spent the majority of his life.

Dane's happiness and giving spirit were infectious his whole life. He was loved and respected by his family and friends. He was even-keeled and positive at all times, and so often seemed wise beyond his years. His older brother, Adam, and older sister, Valerie, actually looked up to him. Adam fondly remembers a two-year old Dane packing for both of them for a weekend trip.

Dane's brilliance was apparent early on in life, and as he started school, it was clear. Dane excelled academically his entire life. His sister, Valerie, remembers teaching him algebra when he was a very small child. He was quickly placed in gifted programs in elementary school and was even invited to Duke University's Talent Search in middle school. During this time, he was already a young entrepreneur, starting a small online business. When Dane was in high school, without disclosing his age, he applied online to design the local community college's Web site. He was hired, and most likely, they never knew a young man of his age was doing it. Also around that age, Dane taught himself to play the guitar and found he had a real talent for it. Dane joined a band and enjoyed playing bass as a teenager.

Dane was a popular, well-liked teenager and enjoyed every moment of his life. Friends have fond memories of him with a smile on his face, and quick wit to go along with his anecdotes. He was actively involved in school and graduated in 2003. Dane went to the University of South Florida, in Tampa, Florida where he was again actively involved and remained just as fun-loving. He was known as "Dance Ham," a DJ for WUSF Radio; he was a member of the USF Senate, and was the president of the Math Team. While in college, Dane designed USF's Web site. He graduated and went on to become a software developer. Dane also was the creator of the Web site for the Dade City, Florida Chamber of Commerce and, as a donation to the charity, Dane created the Habitat for Humanity Web site pro bono. Just before his death, and after a rigorous application process, interviews, and background check, Dane was hired by the Defense Intelligence Agency for an extremely prestigious career and was preparing to move to Washington, D.C.

He was not only brilliant and funny, he was more technologically savvy than one could imagine. His knowledge of computers and software systems so surpassed that of any of his family and friends that he was constantly being called on to help out with a computer glitch and could always be counted on to have the latest technology and would patiently spend time showing and explaining it.

In August 2009, just weeks after his 24th birthday and days before his move to Washington, D.C., Dane, an active cyclist, was training for a century (riding 100 miles) and was hit by a car. Although wearing a helmet, Dane suffered brain death and did not survive the accident.

Dane had a passion for travel and adventure, and travelled through many European countries with his family. He also visited Greece the year he died. He was fascinated with the space program and even held a season pass to Kennedy Space Center in Cape Canaveral, Florida. Dane's family has continued his travels since his death, sending his ashes along with travelling family and friends whenever possible. Dane's ashes have been scattered in Australia, Japan (in the Garden of Lost Children), on Mount Rainier, and even into the crater of Mount St. Helens. Dane's ashes going into space is yet one more way for the family to send him on the ultimate adventure.

Dane's organs were donated to Life Link, and many lives have since been saved thanks to his generosity of being an organ donor. Words cannot express the loss that his parents, siblings, family, and friends feel every day, but there is some solace in knowing that Dane left the earth in the same manner he entered it: as a life saver. 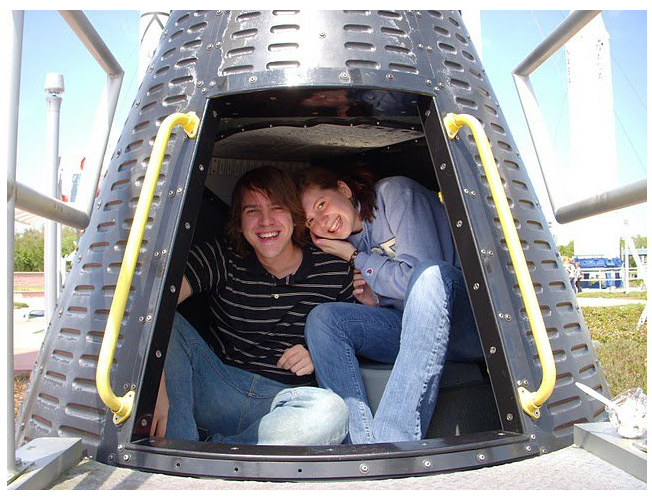