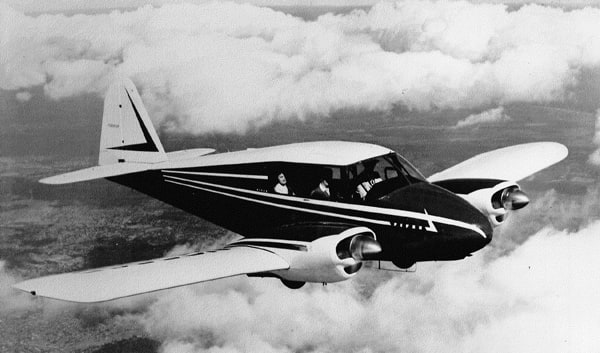 Cleo Morrison of Monroe, Washington was a woman ahead of her time: a noteworthy aviator, musician, and an early member of the women's Ninety-Nines, an international organization of female pilots.

Cleo, who was born in Cawker City, Kansas on the Fourth of July, came from a family of entertainers. Her grandfather was an actor, and her uncle was a famous big band leader with the stage name “Baby Sousa.” While she was a child, her parents joined a theather company and moved to California.

“My ma, when she was little, slept in the drawer of steamer trunks with the touring company,” said her son, Randy Morrison. “Irene Ryan, who would later play the grandma on the Beverly Hillbillies, babysat her in the rear of each theater while her parents performed on stage.”

Having learned to play the organ and accordion, Cleo performed music and worked as a model until she was married at age 16 to Robert H. Morrison, who was the founder and owner of a successful vacuum truck business in Long Beach, California. He also was a part time musician who played saxophone and clarinet at Disneyland.

Cleo began taking flying lessons a week after Randy was born, and started flying solo shortly thereafter. She entered women’s air races called “Powder Puff Derbies,” and joined the women's Ninety-Nines, which got its name from the 99 female pilots who formed the organization. Amelia Earhart was a charter member and the group's first president.

In fact, Cleo flew some of Amelia Earhart's personal belongings to the headquarters of the women's Ninety-Nines. Cleo served as the ambassador of the Long Beach chapter of the Niney-Nines. When scrapbooks belonging to Amelia Earhart were discovered in Long Beach, Cleo had the honor of flying the scrapbooks to Will Rogers Field (now named "Will Rogers World Airport") which serves Oklahoma City, Oklahoma where the Ninety-Nines organization is headquartered. "As she made that flight, she felt as though Amelia was sitting right beside her," Randy said. "It was a high point in her life."

A very attractive woman, Cleo was the photographic subject of many reporters’ cameras. She flew professionally and competitively for nearly a decade, sometimes flying airplanes for Piper Aircraft, Co. from the East Coast to California. Her aviation prowess led to many trophies, loving cups, media attention, and meetings with politicians and dignitaries, such as the famous comedian Bob Hope.

Most importantly, however, Cleo was a loving mother of three, and is missed by all whose lives she touched. 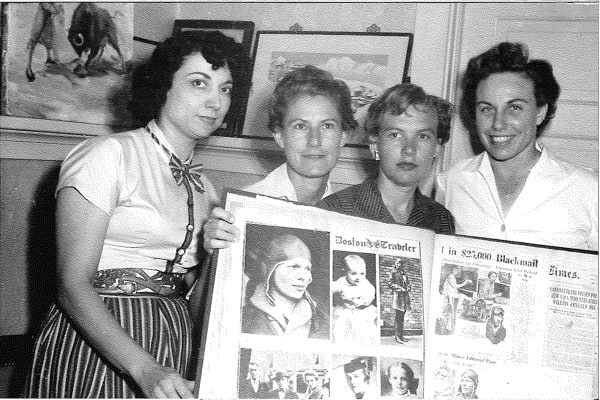 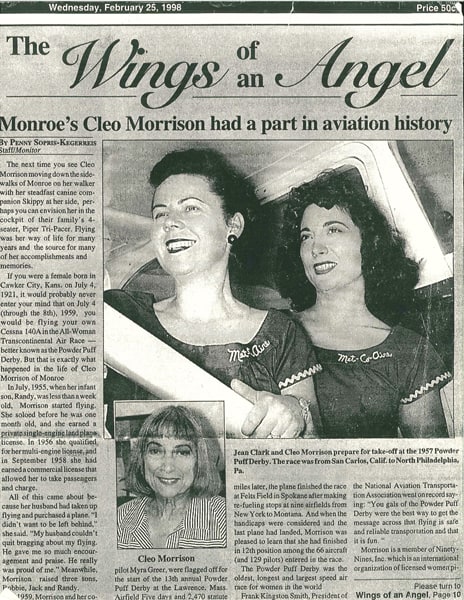 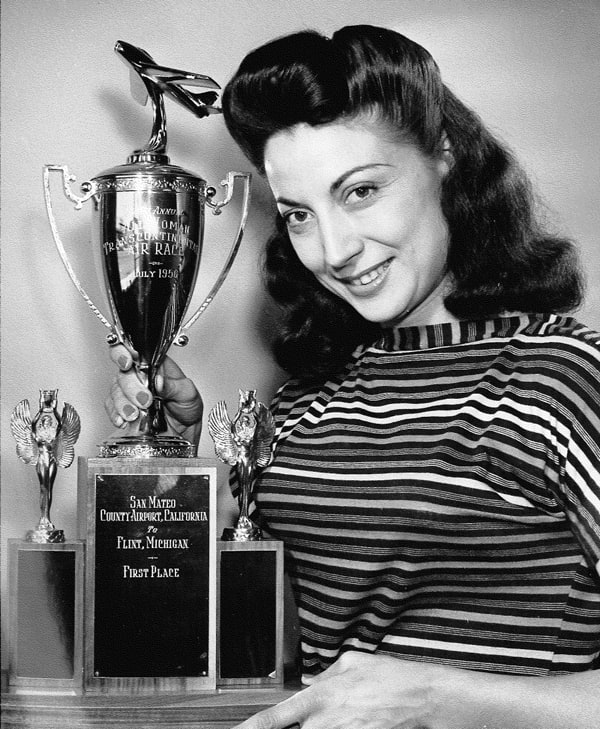 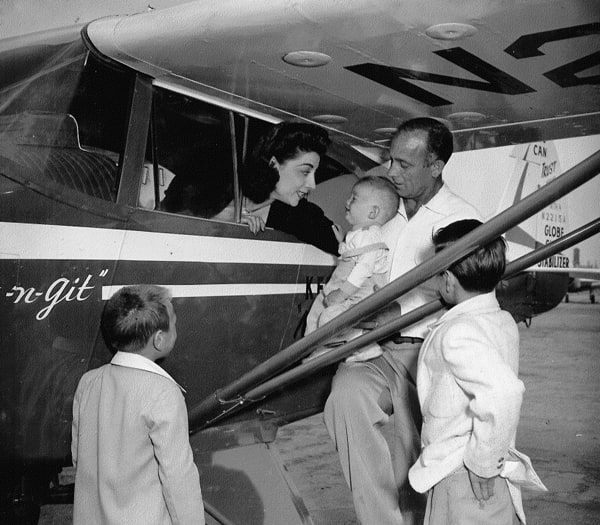