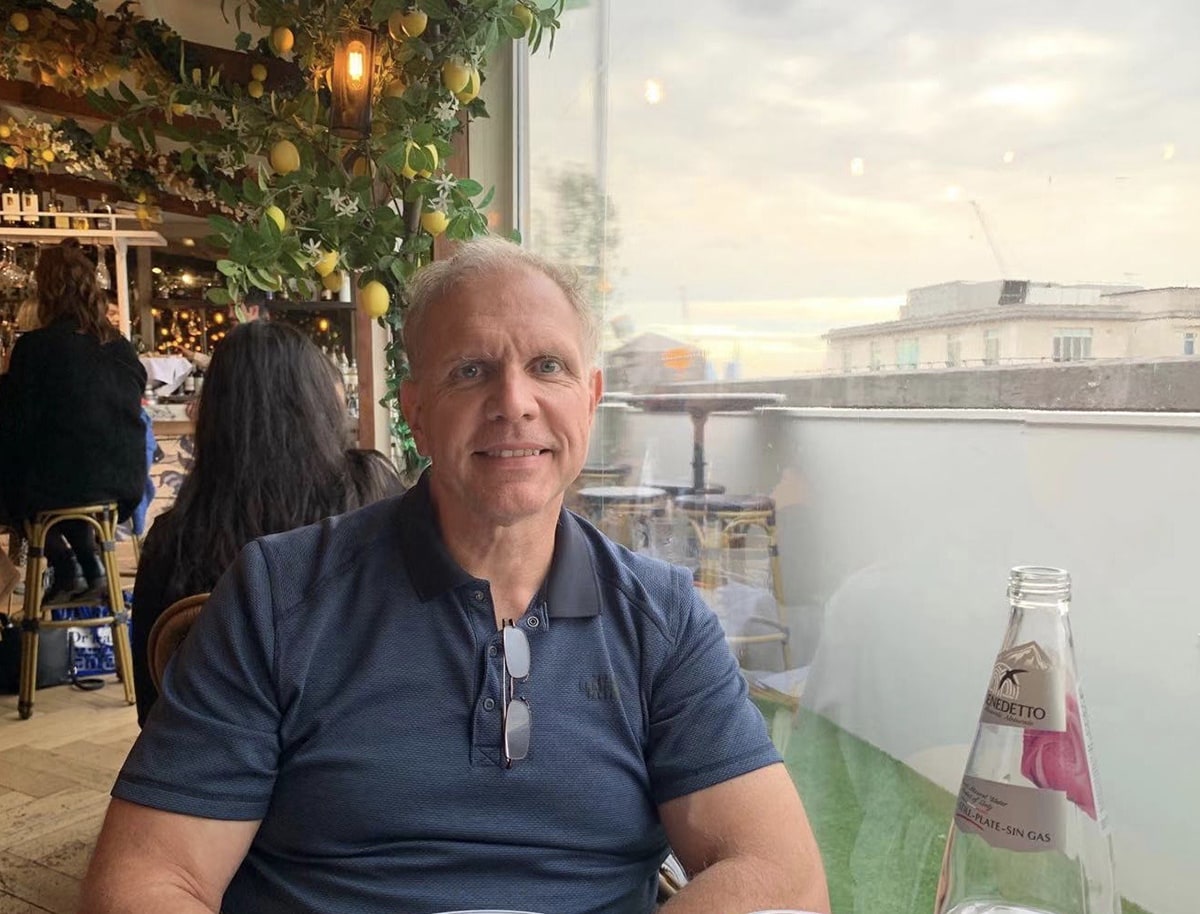 Chris was born July 17, 1965 in Berlin Germany, the third of four children in an extended family. Although Chris came to the US as a boy, he never lost touch with his brother Thomas, cousins, nieces and nephews back in Germany. Family has always been a central point in Chris’ life.

First arriving in Ft Meyers, Florida as a young boy, Chris started a lifelong love of fishing. The family soon relocated to the sleepy rural community of Havana, Florida. There he developed a love of animals, especially the dogs his parents, Gerd-Heinz and Marianne, raised and competed with in obedience trials. Shepherds and poodles were his companions, along with the sneakiest cat that ever lived. That cat tormented every dog in the area dancing along the fence top, just out of reach except for the occasional swipe the cat gave a dog that got too close.

With the assistance of his brother Stefan and sister Manuela, Chris began his passion for Disney World when the three of them as teens snuck off and spent a weekend in Orlando. That trip was only the first of many more in the years that followed. Chris was close to both siblings throughout his life with many happy shared memories.

Chris excelled in school and graduated near the top of his class in high school. He was awarded a full scholarship to Florida A&M University where he finished his Bachelor’s and Master’s in Computer Information Systems and Software Engineering. Chris was a born programmer and maintained a love for problem solving and coding throughout his career. Later in life he also discovered a passion for teaching and served as an adjunct faculty member at his alma mater up to his passing.

Heinz’s background as a blacksmith and later as an auto body man and all-around fix-it guy gave Chris a love for things mechanical and a passion for tinkering. Throughout his life, Chris was always looking for a way to build or improve on something he thought could be made better. This was fortunate because Chris also had a penchant for breaking things. He was that person that always took things apart and had pieces left when he reassembled it. That love of tinkering was clear in his various projects like restoration of a Willys Jeep, a classic Austin Healey, a vintage BMW motorcycle and a 1930 Model A car. Then there’s his never-ending collection of old computers, calculators and just plain gadgets. His poor wife Lucy is still trying to figure out not only what to do with them, but even what in the devil ARE some of these things.

Family played a major role in Chris’ life. His wife Lucy was his life’s true love. He always said everyone is crazy, the secret to a happy marriage is to find someone whose crazy complemented yours. He certainly found that in Lucy. She completed him in so many ways and all his friends could see that so clearly. Of course, they also questioned her sanity and eyesight but that’s another story.

Chris also passed along his crazy to his children. His wife’s daughter Bingbing arrived in the US at a young age with only basic English skills. Chris immediately started teaching her Christmas carols as a way of helping her. The only problem was Chris didn’t teach her the classic versions. Chris was a huge fan of Weird Al, Dr Demento, and the like. To this day, poor Bingbing still can’t get “Eat It” or “The Restroom Door Said Gentlemen” out of her head.

Even if he made them crazy, and more than a little embarrassed at times, Chris deeply loved all three of his children. His pride in the beautiful young woman Bingbing has become knew no bounds. His sons, Nicholas and Zachary, were a crowning achievement to his life. Chris was deeply involved in every aspect of their lives from schoolwork to martial arts lessons to math competitions to swimming meets to attending Space Camp with them. The tragedy is that they lost their father and greatest champion so young, and Chris will not get to see them blossom from his love.

In addition to his tinkering, Chris was a man of broad interests. He was a voracious reader, particularly sci-fi and speculative fiction. He loved the quirky and often pointed out the irony of the 5-part trilogy from Douglas Adams; he reveled in minute details from every book and knew the answer was 42. It also reflected his life-long fascination with space, cosmology and astrophysics. He loved exploring thought experiments on surviving in space or colonizing other worlds. He even applied to NASA’s Civilian Astronaut program in his 50’s. His philosophy was if you don’t take the first step, you’ll never get anywhere.

He was a pilot and was so tickled when he and his best friend bought a 1965 Cessna with a tail number of N717VV (his birthday being 7/17/65). Clearly that was a sign from the universe. The two of them spent many a happy hour chasing $100 hamburgers and punching holes in the sky.

After college, Chris settled in Tallahassee and spent the rest of his life there. That didn’t stop his wanderlust though. He traveled as often as he could and loved taking trips with family and friends. He and Lucy spent weeks exploring Europe and China. He loved taking the family to expose them to new places, people, and experiences. A dream of his was to find a job that let him work from anywhere so he could go to different countries with the family to spend an extended period and really get to know it. Sadly, he left us before he could fulfill that dream.

When it came time to decide how to honor Chris’ life, there was no question what that would be. Every member of his family and all his many friends knew that helping him touch space was what would fill his soul. Bon voyage Chris, we love you. Say hello to your favorite deity, the Flying Spaghetti Monster.