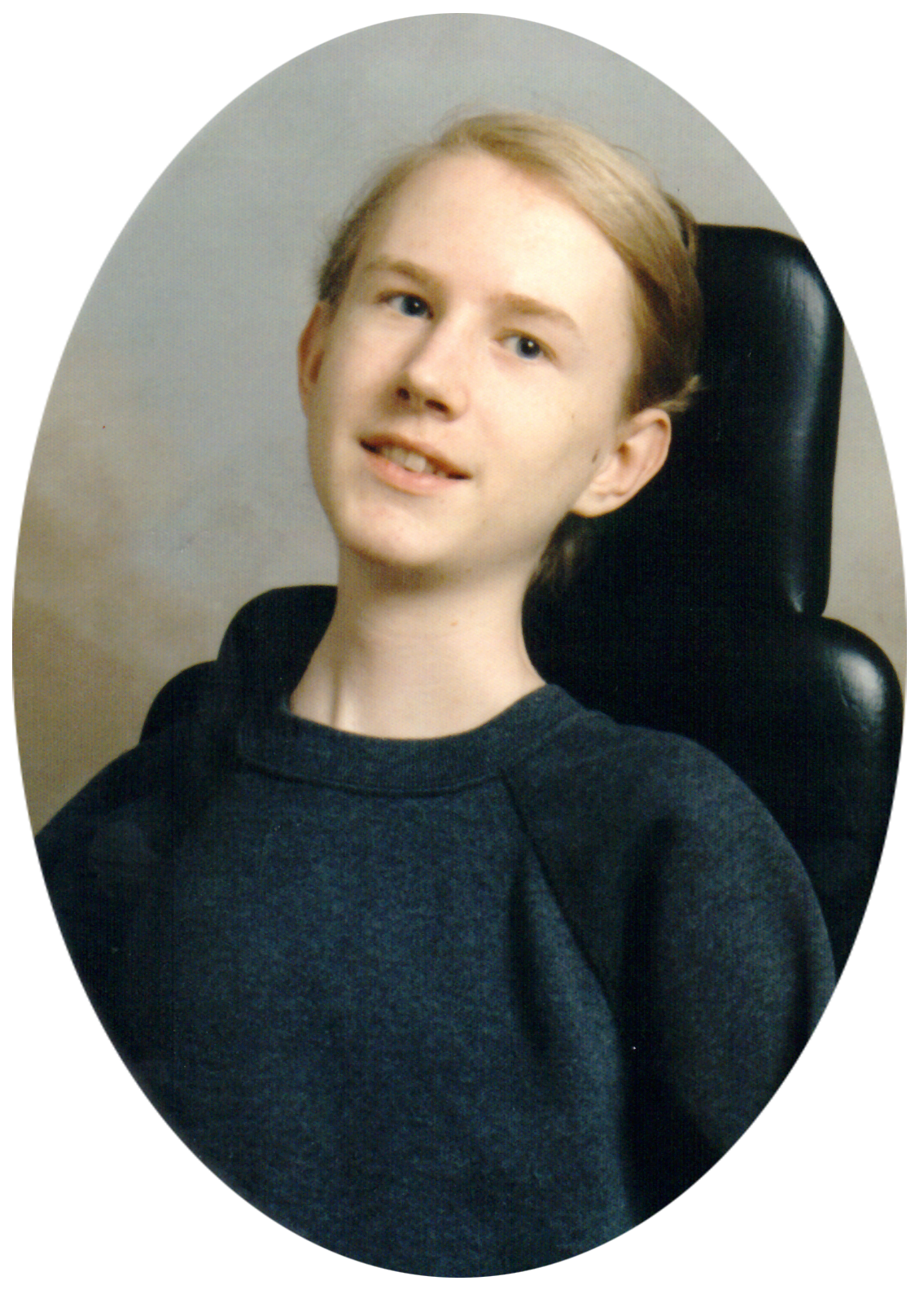 Brian was a beautiful person, inside and out. He was a joy to his family, especially to his sister Julie, to whom he was very close.

Brian was born on August 13, 1974, in Mesa, Arizona. He moved with his family to Barstow, California, when he was three. Among the accomplishments that he was most proud of, Brian was the March of Dimes Ambassador for Barstow in 1985 and the local poster child for Muscular Dystrophy in 1988. That same year, he received an autographed picture of U.S. President Ronald Reagan for academic achievement.

Brian was very creative and had a vivid imagination. He loved to draw. He would sketch tall, complex buildings with lots of windows and fancy vehicles loaded with equipment. Brian's sketches were his visions of the future. They were out of this world.

Brian loved anything to do with space. He wanted to travel to that final frontier but knew that his physical limitations would not allow it. So he dreamed and imagined that he was there, floating and moving with strength and ease.

His favorite movies and TV shows were Star Wars and Star Trek. Brian's final wish was that his remains go into space. His family will make that wish come true.

Brian liked to laugh and joke. He dealt with troubles the best way he could; often with a sense of humor. He took life with what it had to offer and kept a positive attitude. He was a caring person. He worried about his family, who he would leave behind. But said he would be just fine. Even with the bad, he saw the good. His out look on life was an example to us all.

Brian's name means strength and courage. He had both, enough to comfort his family in his passing on January 31, 1998.