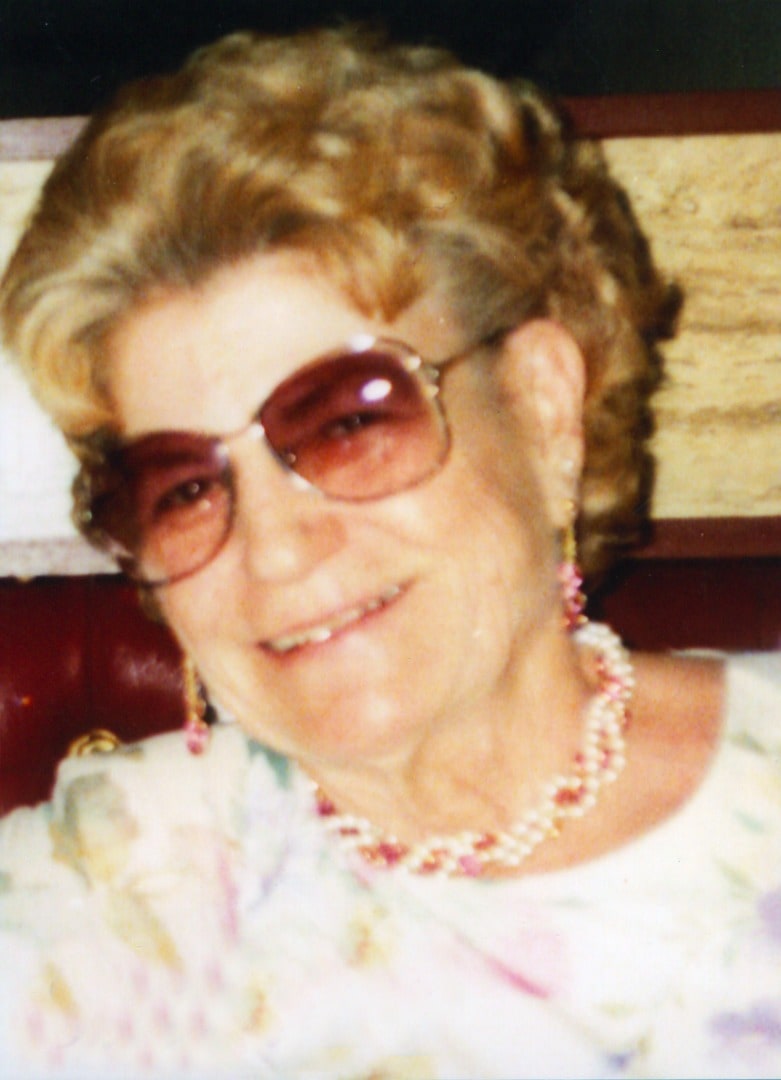 Bea's friends and family loved her ambition and strength, her loyalty to family and friends, and her wonderful sense of humor.

Beatrice was born in Cushing, Oklahoma and attended school through grade eight. She had to leave school to help care for her ailing parents during the Depression.

She met and married Charlie King, who was serving in the Army Air Force at the time. They moved to La Hunta, Colorado where their son George was born July 21, 1944. They lived in Bremerton, Washington where Charlie was stationed, and from there went to Irvine, Kentucky -- where Charlie had been born -- and lived near his family. Their first daughter (Margaret) was born in Kentucky, on January 24, 1947. When Margaret was a few months old, Beatrice and Charlie moved the family to Sanger, California. The family lived near an irrigation canal in an Army surplus tent near grape vineyards. Beatrice took the children to the grape vineyards with her where she cut grapes. Charlie got a job working for the Fresno Irrigation District. After a couple of years, the family moved into a small trailer, and a second baby girl, Linda, was born June 2, 1949. Beatrice lost her baby girl to pneumonia when Linda was only 19 months old.

The family moved to Pinedale, a small town near Fresno, California where Beatrice had a third baby girl, Marilyn, born January 31, 1952. Beatrice's mother and dad helped with the children so Beatrice could get a job. She would ride the bus to JC Penney to work and help provide for the family. Beatrice and Charlie divorced in 1957 and Beatrice took the three children and a U-Haul trailer to Washington State where she continued working for JC Penney. She also had a part-time waitressing job to make ends meet.

Beatrice married Julius Templeton and they bought a house in Federal Way, Washington where they resided until 1966. Beatrice went to night school taking clerical classes, which helped her acquire a job at the Boeing Company where she worked from 1965 until 1995, when she retired. She was always a hard worker and always stood by her children and taught them good values. She loved to dance and travel and had a very good sense of humor. She was a member of "Eagles" and "VFW" and had many friends who loved her. She lost a long battle with cancer September 30, 2002. No one who knew her will ever forget her.

The Family of Beatrice Decine Carlton