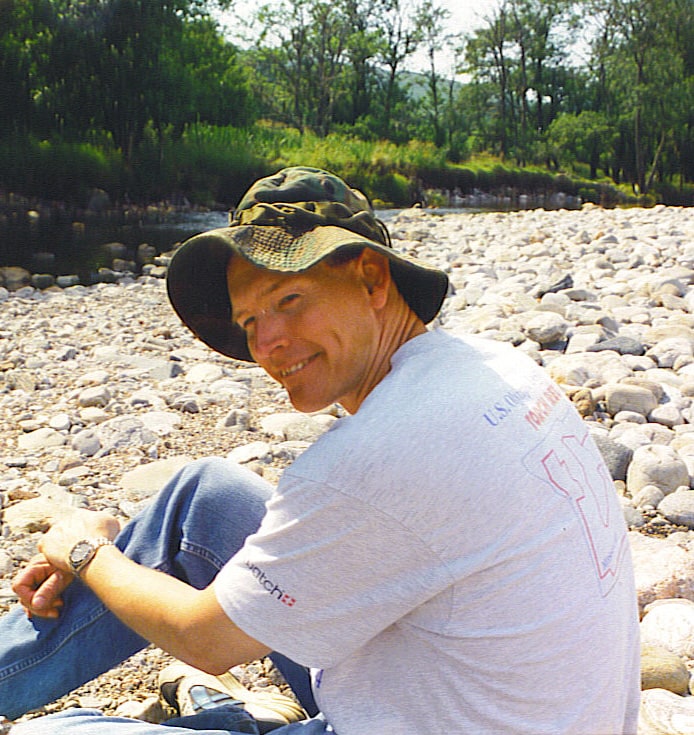 Al Turner was a man of conviction. Not content merely to dream, he lived his life with a passion unsurpassed by anyone I have ever known. As a fan of medieval history, Al fashioned his own costumes and participated in reenactments including archery and swordplay. Later, as a fan of Japanese history, he saved money for months to have a sword handmade in Japan and became an accomplished swordsman.

As a lifelong science fiction fan, he travelled to many conventions, both as a fan and guest artist. He could tell you more about Star Trek and Star Wars than you would ever want to know. As an artist, his work was better than he ever would have believed and he mentored many who would come to love him.

But more than anything, he wanted to be an astronaut. He built a life-sized, working flight simulator in his basement out of scrap metal and old computers and named it the Starhawk Project. He even had mission patches made for it. That was as close as he would ever get to space in his living years, so I consider it an honor now to help him fulfill his destiny. He was my brother, and my friend, and I am a better person for having known him. Fly and be free, Al. I love you.

"An astronaut, that's all I ever wanted to be was an astronaut. Some kids wanted to be Policemen, or Firemen; Doctors or Athletes, but ever since the Mercury project I've only had one true dream." Al Turner started his Web site with these words and started many a conversation with those that knew him similarly. Al Turner was a man of passion and dedication. When he set his mind to a task or a goal, all of his physical and mental energy was directed to accomplishing that mark.

The reaches of outer space stirred his passion and to answer this calling in his soul, Al devoted much of his free time composing, drawing, and creating works of art that reflected his inner heart. Sketches, original paintings, and even a short novella were the more traditional fruits of his labor. Yet Al was well known for 'thinking outside of the box' and it was his full-scale, completely functional mock-up of the interior of his SA-18 Starhawk Interstellar Fightercraft that caught the attention of a St. Louis news crew and deemed worthy of a local documentary.

His flight suit, stitched together by hands more suited for a pencil or a brush, often won awards at science fiction and gaming conventions. Cobbled from spare parts and remnants of an older aviation and space exploration technology, Al's spaceship and flight suit was a testament to the undying dreams of a man who continually 'reached for the stars.'

Al Turner had many roles in a life rich in love, family, and friends. As the eldest of four, Al was used to the role of big brother and leader. As a husband and father to three children of his own, Al took pride in the family he helped to create and shape - not so unlike his art: His daughters were certainly his crowning masterpiece. And as a friend, one could ask for and receive no better than Al Turner.

He would give you his last scrap of food, the last nickel in his pocket, his last ounce of effort if you were to just but ask. His loyalty was unquestionable, his dedication unmatchable, his beliefs unshakable. To Al, a person was only as good as their word. When Al Turner gave his word, and his friendship, it was a bond that would last as long as the stars burn bright. And now, one more goal lies ahead of him, and one more role is to be added: Al Turner - Astronaut.

Alfred was a true explorer. He filled his life with dreams, and our lives with love. He spent every moment of his days on this green earth as if they were his last. He was an accomplished scuba diver, sky diver, climber, survivalist, swordsman, martial artist, and artist. He gave me my love of science fiction, fantasy, electronics, artwork, the space program, books, and even music. There are no words to describe how much I miss my brother, nor can I begin to describe the impact he has made on the lives of his many friends. With this lasting tribute, we send him to the stars to explore the final frontier.

Al Turner was a man of love, trust, and great respect for all. Most of all he was my father, my first best friend, and the closest person I have ever had to my heart. When I was five to seven years old, in my basement, dad built a spaceship out of wood and scrap pieces of metal. When you stepped inside of it, it looked like a real spaceship or actually a space shuttle. He called it the Starhawk project. The greatest memories I have ever had are when I helped him make the starhawk. Also when I was last with him, where on a Saturday night we stayed up until at least 2:00 a.m. playing chess- but of course he always beat me. The next Sunday morning he taught me archery. We also went to conventions although I've only been to three. My dad was a person skilled with the sword, bow, and was also a skilled person at martial arts, especially in konjitsu. From birth till I was seven dad was married to my mom Amy Turner, they were married for 27 years. From age ten to 13 my dad married my stepmom Lisa Turner. All my life - even though I am 14 I have loved my dad, even though he's gone - and I always will. And usually when you're young, you hang out and have fun with your parents, and I am just 14 so that's all I felt I could do. But when you get older that's the time when you really have conversations and really talk about their past lives and memories. But now I can't even do that. Dad please rest in peace. I will always miss you and love you. (T-i-s-u-w-m-a) Together in spirit, until we meet again. In loving memory-always remember, Al Turner.

Al Turner was not only my father but also my hero and best friend. He never gave a second thought to helping out family or friends. And through all his travels and experiences I know that he touched so very many lives. Dad taught me a great many things ... to love, to learn, and above all ... to really LIVE my life.

I will always look to the stars and remember you daddy.
I know you will be looking back on us. 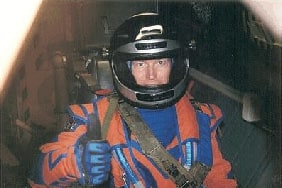