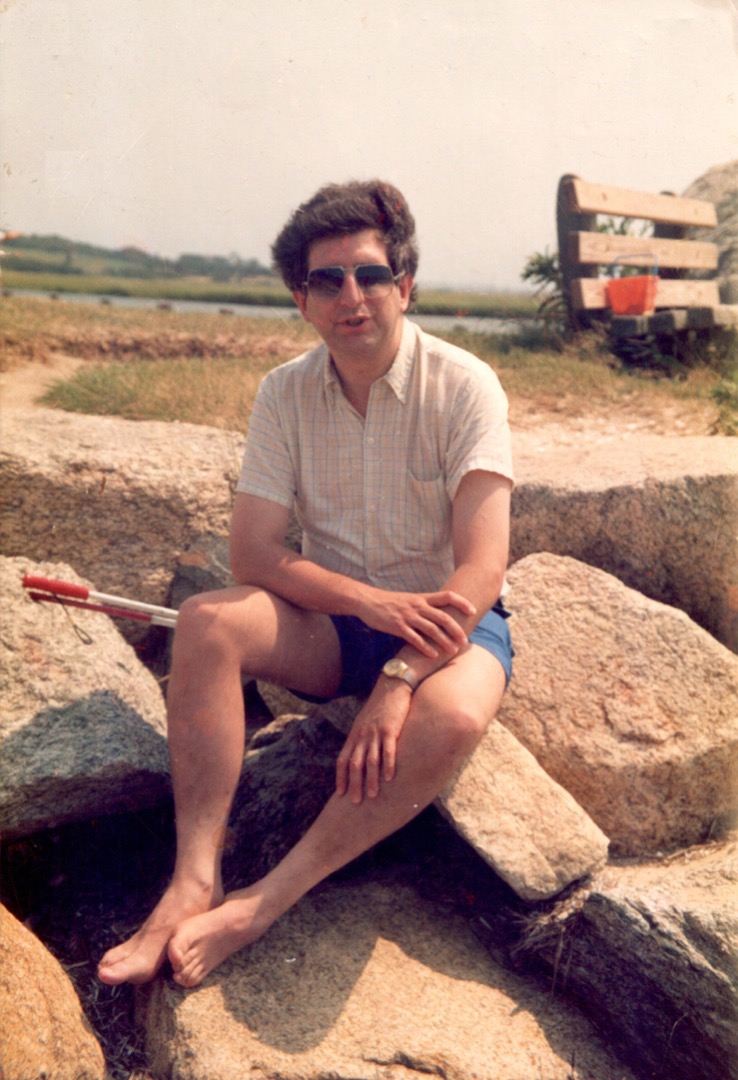 There's so much we could say about Alan Clive, our dad. He had a 23-year career at FEMA (Federal Emergency Management Agency) in the Civil Rights Office, managing federal disaster response and training to ensure that people with disabilities received equitable support in preparing for and making it through emergencies, primarily natural disasters. Every time a hurricane struck the Southeast in our childhood, that meant our dad was going on a business trip to help manage the response on the ground. He was an amazing and inspiring manager, beloved by his colleagues, and a book editor as well and contributor to many publications. He came out of retirement when Hurricane Katrina struck so he could help more people. FEMA named an award for service after our dad, the Alan Clive Service and Spirit Award.

Our dad was blind. He lost his vision in his 20s due to a retinal attachment in both eyes - one after the other suddenly and within 6 months, and long before surgeries that could have saved his vision. He could not see anything, and had nearly no light perception. So close your eyes and turn off the lights. That's our dad's level of vision. He never saw what either of his children physically looked like.

He wrote his PhD in the 70s on WWII in his home state of Michigan, using readers to help him research - which is how he met our mom earlier in college. Yes, he wrote an entire book before computers, without being able to see. He became a history professor and then went on to FEMA during a time before personal computers were common in the home. He was fortunate to access one of the first home scanning machines for books through a government program -- it would have cost $15,000 in the 80s.

When we lost our father to cancer, we lost so much -- the man who was so well-read, had an incredible memory for history, who would tell us his management stories, who challenged us and raised us in Jewish traditions and social justice. We also lost a part of our own culture that we haven't really been able to get back.

We grew up aiding him in many ways. Reading the newspaper out loud to him, describing TV shows, helping him go through the mail. Walking around the block with him holding one of our arms. Misha learned Braille, and their first job ever was entering statistics for a text-only baseball game designed for blind people created by his friend who was also blind. (Blind is the preferred term they both used.) He would come to Misha's school and other schools regularly to share with kids about what it was like to be blind and help them understand. This was all a natural and integrated part of our life.

We were both raised in hardcore science by our parents. Misha won a national NASA award for a paper they wrote in high school on metallurgy in space. That was Misha's lone scientific accomplishment. But Misha peaked there and moved on to humanities. Michael went on to work at Space X as an actual rocket engineer, and he contributed to the development of Falcon 9, the rocket that comes back down and lands. Space X is now able to bring people to space to the ISS. Our dad's love of space passed on through him.

Though we are Jews, it was our dad's choice to be cremated. Michael sent some of his ashes to the space company Celestis. They will be launched in a rocket that will take them to land on the moon.

As our dad said, "We cannot live our lives tuned at the highest pitch of the heroic, but we can shape them so that everyday courage is there when we need it."

This isn't the kind of courage it takes to stand up to great injustice or to right horrible systemic wrongs. It's the everyday courage to wake up in the morning and encounter the world and repeat things you need to do time and again to move forward and to act in the moment. That kind of courage keeps us going day-to-day in a way that greater courage doesn't.

Thank you for taking the time to read and learn about our awesome dad.

Here is his biography, written by himself, which you can see has his dry sense of humor.

Alan Clive was born in Colorado Springs in 1944 and grew up in Detroit. He received a B.A. and M.A. in history from Wayne State University in Detroit, and a Ph.D. in history from the University of Michigan. He taught at both these schools, and also at Northeastern University and the University of Massachusetts. His book, State of War: Michigan in World War II, published in 1979, won the Certificate of Commendation from the American Association of State and Local History. He also served in municipal government as director of the Office of Handicapped Affairs in Worcester, Massachusetts.

Mr. Clive moved to the Washington area in 1983. As a senior staff member in FEMA’s Office of Equal Rights, he dealt with allegations of discrimination from disaster victims. He also supervised a cadre of disaster reservists who represent the Office at disaster sites, attempting to resolve employee discrimination issues and assuring that FEMA assistance is delivered with fairness and equity. He worked at FEMA disaster operations in twenty-five states.

After retirement in 2005, he served as a consultant to the National Organization on Disability. I should point out that his retirement was planned with great forethought, coming three weeks before Hurricane Katrina, so you can’t blame him for anything.

Blind since the age of twenty-two, Mr. Clive developed a keen interest in the disaster-related problems of people with disabilities and the elderly. He wrote articles and developed training materials on this subject, and spoke before emergency management and disability organizations throughout the nation. He joined the NHC’s Health Care and Special Needs program committee in 1990 and was asked to chair this committee in 1992, a post he still holds, with Elizabeth Davis serving as co-chair for the past several years.

A certified space enthusiast, Mr. Clive was one of the original members of the Planetary Society and the Challenger Center for Space Science Education. He is also a member of the Society of Souvenir Building Collectors, endlessly pestering his traveling friends and colleagues to look for miniature replicas of buildings wherever they go. He is married to Ann Christian Clive (Deceased). Alan has two children from a previous marriage, Misha Clive of Rockville, Maryland, and Michael Clive of Castro Valley, Californa, as well as a granddaughter, Lyra Clive. 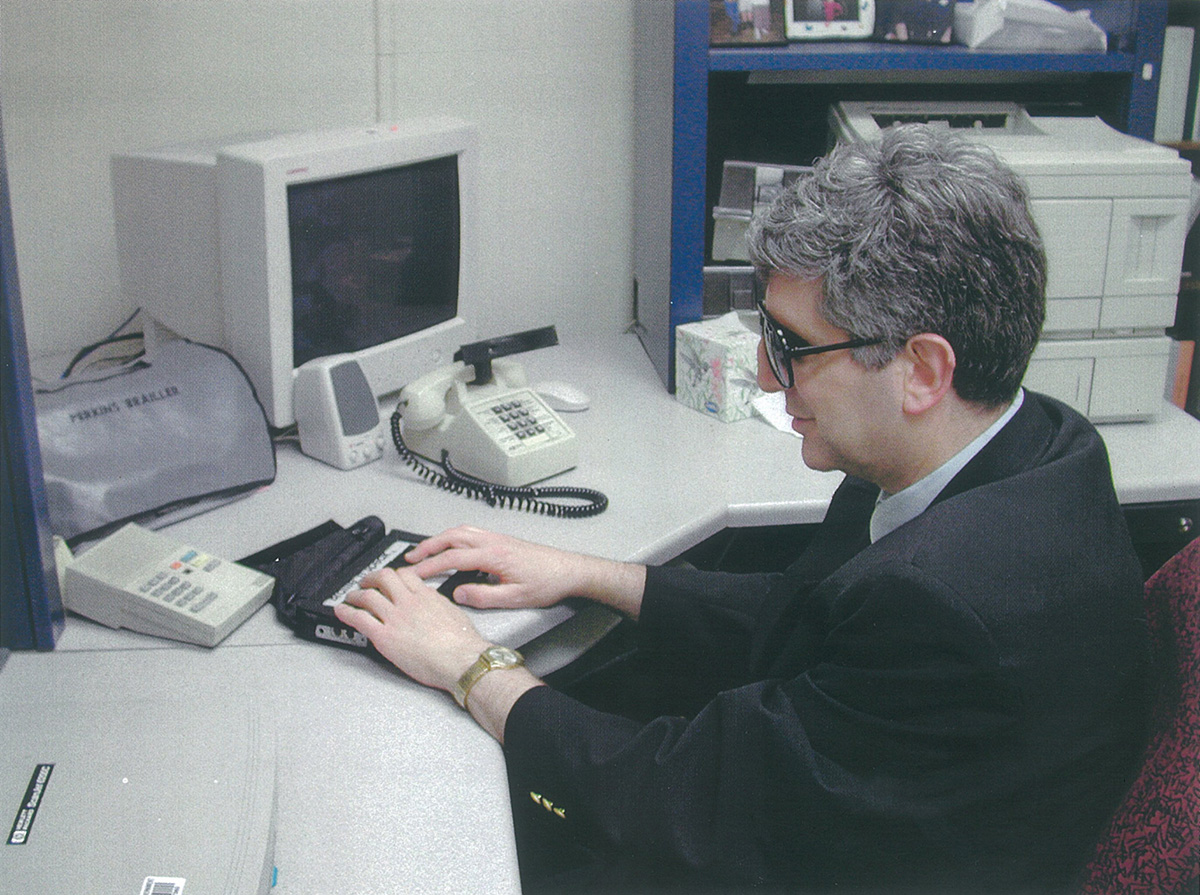