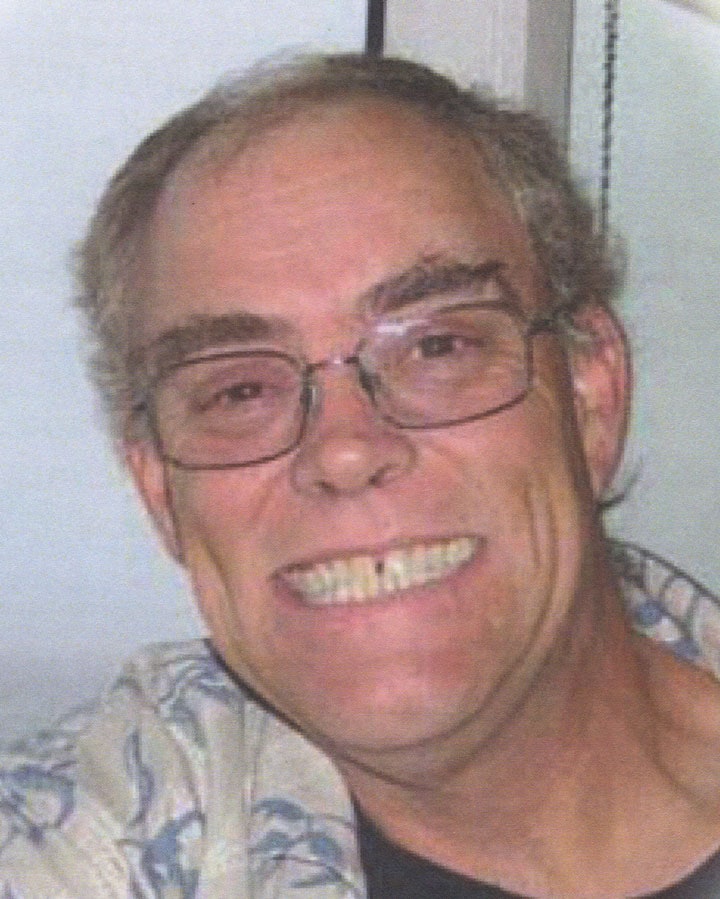 When I first thought about what I would say at this memorial for Bill, I had to decide what my objective would be. I thought about the memories that I have about Bill and I hope that by sharing some of them with you it will help you to remember those memories that you have of Bill as well. Those memories of course are in the past. The past is gone. We are all here today, in the present. I will have a bit o say about that as well. And finally there is a future, a future or all of us, including Bill, which I will close with.

Bill was born right here in California in October of 1961. And he was definitely a Californian. Although he lived parts of his life in Washington, North Carolina, Virginia, Kentucky, and even Tennessee when he was in the Marine Corps, he would have told you himself that California was always his home.

School was easy for Bill. Not only was he smart, he really enjoyed school. When he was in kindergarten, he surprised our parents by coming home speaking phrases in French. He also loved all of the sciences. He knew all sorts of things about physical science, life science, but the one he loved the most was Earth and Space Science. He could tell you the names of all the moons of Jupiter and the known composition of each. He could tell you the distance to the moon and how long it takes a Saturn V rocket to travel there and back. And when it came to science fiction, he could describe in detail the propulsion system of the Millennium Falcon or the components required to construct a light saber.

But the subject that Bill excelled the most in was reading. He enjoyed reading just about everything because he was a natural learner, curious about everything. Dad told us both when we were growing up that if we could read and read well, that we could learn anything and that our futures could have endless possibilities.

I tried to draw from not just my memories of Bill, but also what my parents have said about him. For example, my mom has told me more than once that she believed that Bill might have had a photographic memory. I don’t know about that but I can say that Bill was one of the smartest people that I knew. He read a lot and paid attention to the news and always knew a little bit about just about everything. And as he was growing up, my mom would often tell him how smart he was. Mom, I believe that with your encouragement and recognition of his intellect, you may have inspired him a little more to read and learn. You can be proud of your influence on him, you were a good Mom to Bill.

Bill decided that he wasn’t going to go to college and had a hard time deciding what he wanted to do. But soon after high school Bill took his talents and chose a noble profession. I say “chose” but I’m not sure but that it was more like Dad took him down to the Marine Corps recruiting office and said, “It’s this, college, or a job, pick one.” So Bill chose to continue a family tradition and serve in the military and specifically the Marine Corps.

Now as far as my dad, there are two things that stand out in my memory. First of all, when we were growing up I don’t remember seeing my dad smile that much. It’s not that he didn’t smile; it’s just that I don’t really remember it. But, when my brother completed Marine Corps boot camp, there are pictures of Bill and my dad and my dad has the biggest, widest smile that I have ever seen on him. I really believe that that was probably one of the proudest days of both of their lives.

The second thing is something that Bill said about our dad himself. I remember once when Bill was talking about our father, he said with a tremendous amount of pride, “I’m a chip off the ol’ block.” And, I don’t think that he just said that because he thought that they were alike. I think that he wanted to be even more like him. It’s a shame that Bill didn’t get more time to work on that because I can’t think of anyone better for Bill to have modeled himself after. Dad, you were a good father to Bill.

Mom and Dad were the two big influences in Bill’s early past. But switching to the more current past and even the present, Martha was Bill’s companion and best friend.

Martha and Bill were married nearly 26 years ago. They were having fun together and had a bright future when tragedy struck. Bill was involved in a motorcycle accident that nearly killed him. It resulted in him suffering a broken back among other injuries. The doctors told them both that Bill would likely never walk again. Bill’s answer to that was, “That’s not an option.” And Martha was there every day at the hospital, encouraging him, giving him hope and confidence. Despite what the doctors said and after about two months of hard work in the hospital, Bill was able to walk out of the hospital. Martha, I don’t know if he would have been able to do that without you.

But Bill and Martha’s life was now changed forever. Not a day went by that Bill wasn’t in pain. And because of his severe limitations, he was unable o realize his full potential through a career. Not only was that very frustrating to Bill, but I imagine that it was very rough on Martha as well. Even so, Martha was always there to support and encourage Bill in all of his hobbies, plans, and endeavors. In particular, she was there to help Bill realize his greatest thrill and passion, flying and getting his pilot’s license. She helped to make it possible for Bill to “break the surly bonds of Earth and touch the face of GOD.”

Martha, I told this to you in private but feel compelled to share this with the rest of my family. Bill was so very fortunate to have you as his wife and companion. You stayed by his side through some very hard times. Not everyone would have. You are a saint and I love you so very much for being there for him. You were a wonderful wife to Bill.

Now when it comes to the things that Bill enjoyed doing, his hobbies if you will, I’ll leave that to those of you who bowled with him, who worked on cars with him, who flew with him, both real and radio-controlled (RC) aircraft, who enjoyed going to the gun range with him, and all the other things that he enjoyed, to share those moments with everyone else. I hope for all of you wonderful memories of Bill. Please share them with others because through your memories Bill will continue to live in our hearts and minds until the day that we also pass on.

And finally when it came to me having to consider Bill’s future, I initially had some concerns. You see, when Bill passed away, he was struggling with the concept of GOD and was down right opposed to organized religion. This was very disconcerting for me. But after prayer and what I hope is Divine insight, I believe that the infinite mercy of our Heavenly Father will have a place for Bill in his kingdom and that Bill will even be there to help usher us in when each of our times come to depart this existence.

Eulogy for William Edgar Evans
Written and delivered by his brother, Tom
10 July 2013