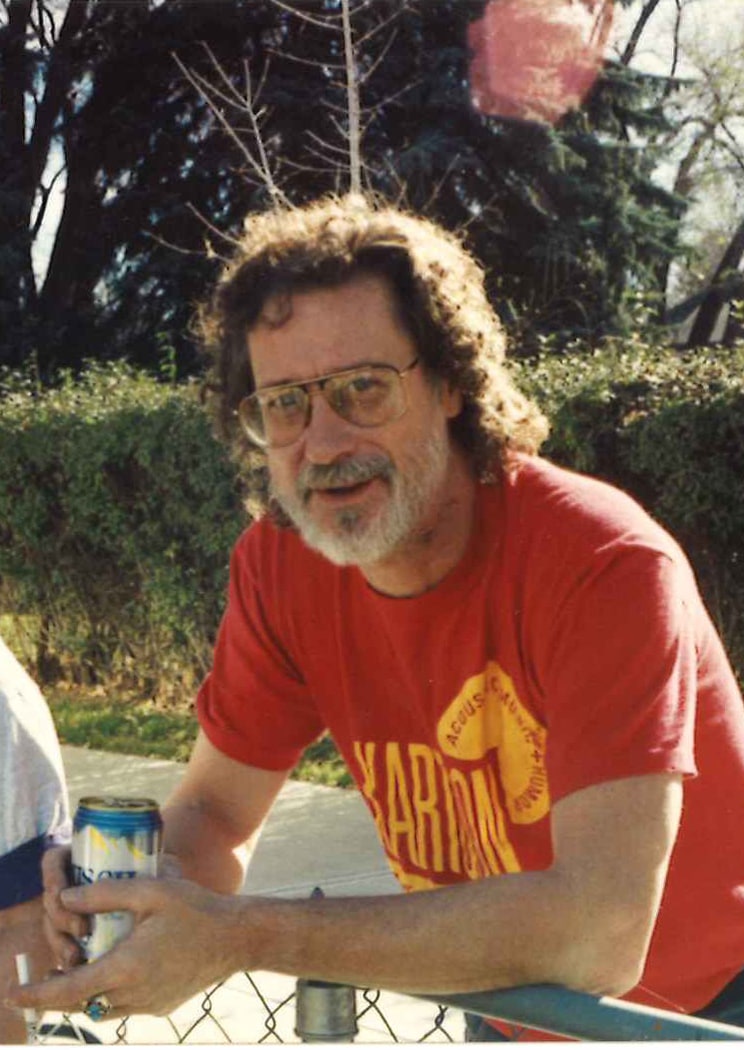 Walter was born in New York City and spent his early years in Westchester County, New York. His childhood memories included stories of school days, Victory Gardens, and boyhood pranks. But there were issues, and at age 14 he ran away and joined the circus -- REALLY! The next few years were filled with adventure, travels and meeting the royalty of the circus world.

After the circus, he earned his GED and then graduated from the University of Rhode Island with a unique double major -- animal husbandry and Shakespearian literature. He enlisted in the Army and was attached to an elite force in Southeast Asia -- before Vietnam became part of the American lexicon. As with most soldiers who find themselves in a combat situation, he saw and did things no young man should ever be asked to see or do. He was wounded twice and awarded two purple hearts. His post-military travels took him to Iowa where he earned a Masters Degree in Fine Arts. He eventually landed in Chicago.

It's hard to say whether Walter's professions were driven by his passions or if his passions were driven by his professions. Either way, if you look up "renaissance man" in the dictionary, you might see Walter's picture. He was an extraordinary salesman, whether selling vacuum cleaners or fine art. He was an incredible chef who worked his way through the food industry -- bartender, waiter, maître d’, chef and restaurant owner. Throughout it all, he was a writer.

In his early years, Walter enjoyed a number of loving relationships -- but he wasn't strong on commitment. That changed in February 1984 when fate crossed his path with that of Susan. He said he fell in love with her the moment he met her -- and their love affair lasted 29 years. He found a home and he found a family and life was good.

Walter was sometimes a hard man to like. He was passionate about everything and had a quick mind. He could be opinionated, abrasive, and uncompromising. He was intelligent and knew it -- he was not a humble man. He reveled in being called a "cranky curmudgeon" as if it were a compliment or a well-deserved badge of honor.

He was, however, always an easy man to love. Underneath his crusty exterior, he had a huge heart. Any friend in need could count on him -- for anything; he always came through. He was especially kind and generous with children. Any youngster he met who was selling fundraiser candy left the encounter with at least $20 and a tutorial in salesmanship. He was the romantic in his relationship with Susan -- he loved her unabashedly and showered her with flowers and tokens of his affection. Every single day, until the day he died, he remembered to tell Susan he loved her -- he never forgot that. Their life together was full of love and laughter.

Walter's love of space and the stars began when he was a child. He never gave up his dream of being an astronaut. Nothing made him happier than camping in the wild and spending hours gazing at the stars. He said when he won the lottery, he would spend every penny to travel in space. He didn't win the lottery, but better late than never for that trip to space.

Bon voyage -- you were loved.

For it was not into my ear you whispered,
but into my heart.
It was not my lips you kissed,
but my soul.