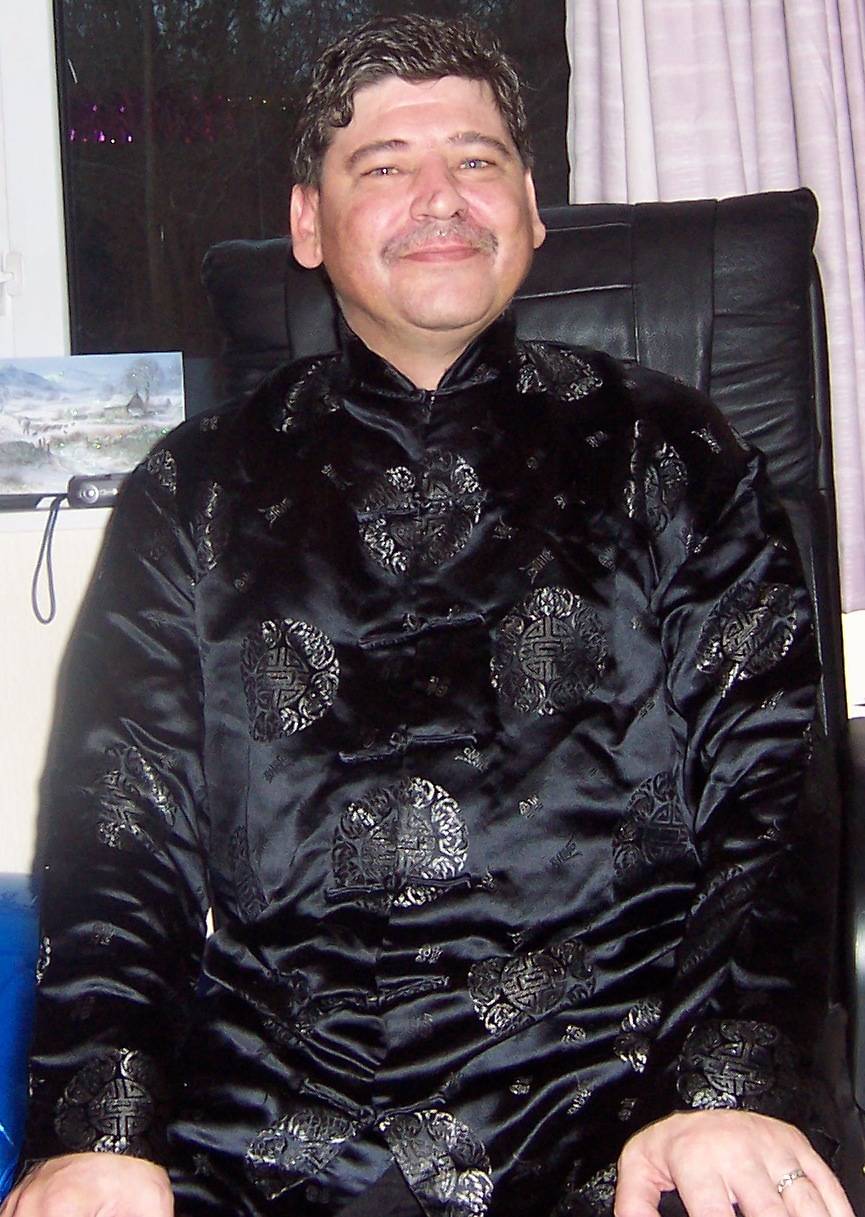 Shaun Patrick Palmer was born in Plymouth on March 12, 1959 to his father Robert and his mother Barbara. He was the only son but middle child, with an older sister, Gail and a younger sister, Ruth. His father was serving in the Devon and Dorsets Regiment, so the family travelled around when they were young, spending time in Northern Ireland, Cyprus and Germany. When the parents’ marriage broke up, the children returned to the UK with their mother. With support from their maternal grandmother and their father’s mother and stepfather, they settled in to Mannamead, where his mum still lives.

Shaun went to Lipson Vale Primary School in Plymouth. He did not do very well at school and wasted a lot of studying time. He was often in trouble for misbehaving and the headmistress knew him well. This continued when he transferred to secondary school, so he was moved around to various different establishments. He left school with no qualifications and no real skills for life.

In his late teens, Shaun joined St Augustine’s Anglican Church in Lipson Vale. He had always been keen on music and singing, so he joined the church choir. He learned to follow the tenor line and enjoyed all the contents of Hymns Ancient and Modern, very few of them actually being modern!

He also joined a weekly group which met to sing modern choruses and he took along the guitar which he taught himself to play. He was always in trouble because his timing tended to be out of sync with everyone else but he still loved being a part of the players.

It was at St Augustine’s Church that Shaun met Margaret and told her he was going to marry her one day. She just smiled and thought I think not! Little did she know! Shaun married Margaret on February 13, 1982 at Derriford URC Church. A year later, their son Peter was born and two years later, their daughter Paula arrived. Shaun was really happy that he had his “pigeon pair” as he called them.

Shaun decided that he would like to try to build up his own business. With financial support from Margaret’s mum and great uncle, he established Pilgrim Security Alarms. He built up a very good reputation, boasting that he never had any wires showing. He found that his best way to find customers was by word of mouth and by recommendations from the police. Unfortunately the rules became stricter and the police said that they could no longer recommend him because he was a lone worker and could not possibly cope with 24 hour on call which was insisted on. From there his business began to fold and Shaun sadly had to return to being a shop keeper. At 40, when the shop closed, he became a house husband whilst Margaret continued to teach.

Shaun enjoyed cooking and was actually very good at it. His speciality was Christmas dinner which was always held at Margaret’s parents’ home, except when the children were quite young.

Shaun was always fascinated by the Chinese culture and got to know the owners of the local Chinese takeaway. They very kindly gave him an assortment of lanterns and decorations which would hang from the ceiling. He was delighted to decorate his “office” aka the dining room in Chinese style. It seemed his father had a similar attachment to the Chinese culture, so I suppose it is not too surprising that Peter’s wife Sarah is of Chinese origin. Shaun was very impressed with Sarah and similarly liked to impress her with his Chinese cuisine.

Shaun’s love of music continued. He took up playing the keyboard and had lessons. He progressed really well and even took on some pupils of his own. He entered a competition playing in the Plymouth Guildhall and did very well, but his mum still maintains that he should have been awarded first place as he was far better than the winner! He enjoyed playing for tea dances and even played for a cowboys’ group New Year’s Eve celebration at the last minute because the band they had booked let them down at the last minute.

In the last couple years, he found himself living on a farm. It didn’t take him long to start to feed the birds and chickens. His effort at trying to set up a bird table soon after he moved in, resulted in him falling splat into the mud. He found it really funny and said, “Quick, take a photo of me!” The bird feeder is still standing and very much enjoyed by all the feathered occupants of the area. Shaun always enjoyed photography and attempted a course when he was younger to gain qualifications. Sadly the course wasn't all it seemed, but a TV watchdog programme took up his story and that got him a night in a first class London hotel as well as an appearance on the programme itself. In recent months he started taking photographs again, depicting of his new environment on the farm.

It was because of Peter's good friend Mark that Shaun and Margaret found themselves living on a farm.

When the family home in Mutley became beyond the repair of the family budget, Shaun and Margaret rented a flat in St Budeaux and although it was a very pleasant place to live, the outdoor spiral staircase with 16 steps and the need to cross two gardens come rain or shine was proving a challenge for Margaret's arthritic knees and it was not ideal that the property had no front access, so Shaun had to walk all round the houses as his daily constitutional to check for post and the same trek was needed twice a week to take out the bins.

Peter arranged with his friend Mark for a complex to be created in the old farm kitchen garden so that it was all on the flat and much smaller than the flat for easier upkeep.

As soon as Shaun moved in, he began to bond with his next door neighbours, a herd of cows. They absolutely fascinated him and although he was a little wary of them initially, he plucked up the courage to ask Mark if he could come and watch the morning routine. No sooner said than hooked! Shaun bought his wellies and wet weather gear, ready to help muck out and feed the cows.

Shaun enjoyed life on the farm, although he sometimes moaned about it. He bought summer shirts and even shorts and sandals to enjoy the summer sun.

He was highly indebted to Mark for giving him the opportunity to feel like he was making a contribution to the farm. When he first down, he had a walking stick. By the time the cows went out to pasture, he was carrying 25kg bags of food around! He never went past their shed without shouting, "Hello my baby boys! Hello my baby girls!".

When Shaun wasn't offering to help with the cows, even in the rain at 5 o'clock in the morning, he was listening for farm vehicles so that he could rush out to open the gate for Mark when he was on the muck spreader or tractor. For fun, he bought himself a cap saying Gate Manager and he would rush in and out for hours if necessary to save Mark getting on and off the tractor to deal with the gate.

It was during this time that Margaret became the secretary of Hillsborough Spiritualist Church and suggested that a fellow officer, Karen come out to the farm on Thursday afternoons to discuss church business and her husband Barry came too!

Barry became the closest friend Shaun ever had. As they spent time together, they discovered that they had a lot in common. They made plans of what they might do with the garden, because Barry is a keen gardener and Shaun was glad of some inspiration. In the first year on the farm, Shaun was proud of the many visits to his runner beans and tomatoes which grew so well, but in the following year, when the weather was so hot, nothing much happened in the garden which made Shaun disheartened. One thing they planned was to plant an apple tree so that in years to come, they could pick the apples and make some cider!

Sadly in the last few months of his life, Shaun's love of alcohol took its toll and although he realised that things were not quite right, by the time he decided to stop drinking altogether, it was too late. He hated hospitals and actually only had to spend 24 hours there before he passed away peacefully under sedation.