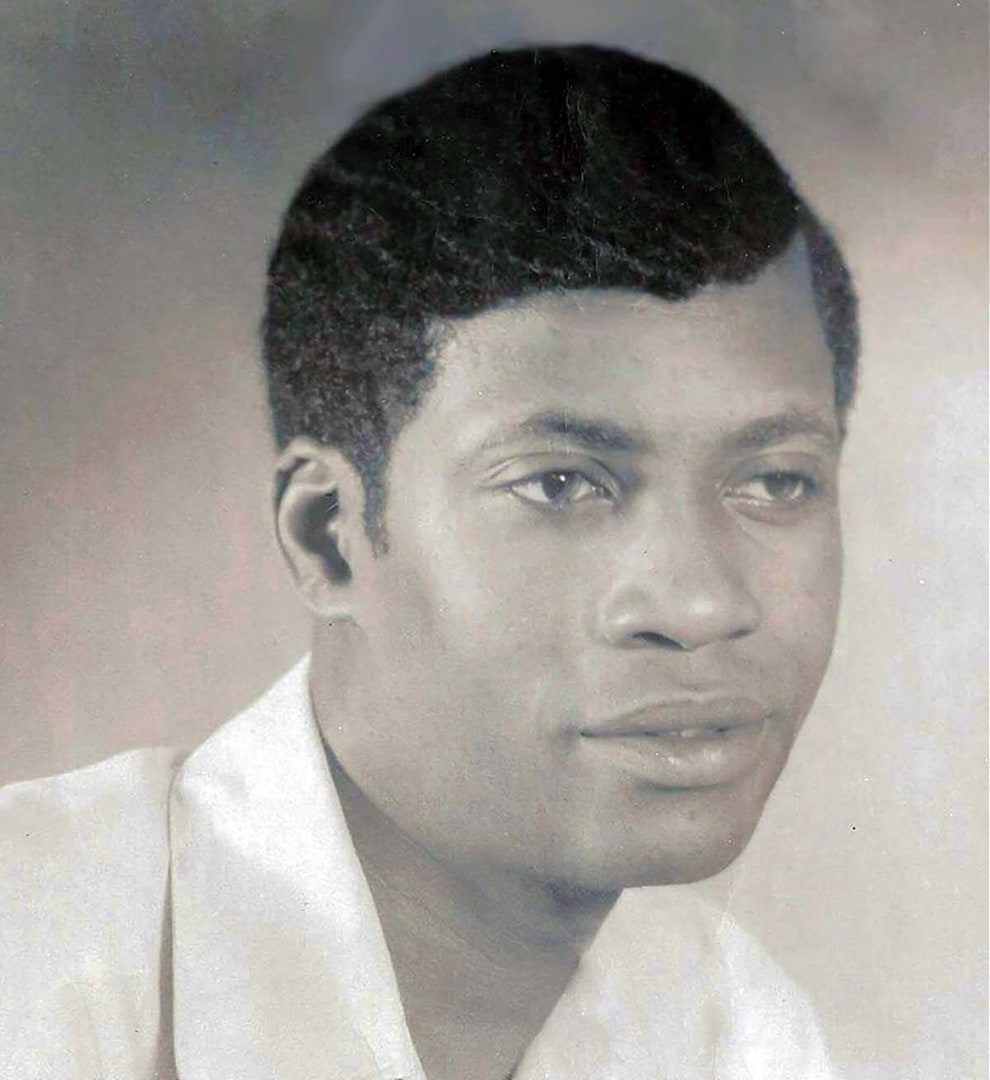 Sam Davis dreamed of getting beamed up after he died — having his cremated remains be sent into space, like those of “Star Trek” creator Gene Roddenberry.

Mr. Davis knew every episode of “Star Trek” and its spinoffs and went to conventions for “Trekkers” — a term preferred by many fans who don’t care for “Trekkies.”

His family contacted the space burial company, Celestis, to fulfill his wish to travel to space, the final frontier.

“He always wanted to do that because Gene Roddenberry did that,” said his daughter, Yolanda “Michelle” Davis-Ingram. “We’ll make it happen.”

In carrying his boyhood passions into adulthood, he enriched his friendships, his job and even the way he raised his daughter. Davis-Ingram says she’s grateful for a fun dad who introduced her to science fiction, comic books and the flying feet and slashing fists of Hong Kong kung-fu movie classics like “Five Deadly Venoms.”

Mr. Davis, who was thrilled to attend a “Star Trek” convention address by “Mr. Spock” — Leonard Nimoy — excelled at a job requiring Vulcanesque logic and analysis.

He worked as an aviation safety technician for the Federal Aviation Administration, managing data and organizing crash investigation records. He created PowerPoint presentations for airlines, as well as Excel time-and-attendance spreadsheets that were so comprehensive and accurate they’re still being employed.

He grew up in a 15th-floor Cabrini-Green high-rise at Larrabee and Halsted streets in Chicago, the son of Ruby and Eddie Davis, who came to Chicago from Cleveland, Mississippi. His father worked as a machinist.

Ruby Davis wanted her children to be well-rounded. She encouraged them to draw, explore the city and use their imaginations. Mr. Davis lost himself in stacks of books at the Newberry Library, said his sister, Susie Peck-Stone. He liked reading sci-fi and Westerns and superhero comic books. He went to the Riverview amusement park at Belmont and Western as often as he could.

“Everybody just looked at him being Cool Sam, a real smooth guy,” said childhood friend Harry Hines. “Even when he got excited he still was cool… He’d just go, ‘Yeah, yeah.’ ’’

His big sister Frances married William Little, known as famed jazz trumpeter King Kolax. Through him, Mr. Davis met some of Chicago’s finest vocalists, including Jerry “Iceman” Butler, the Chi-Lites and Curtis Mayfield, his sister said. He enjoyed the music of jazz-funk pioneers Brass Construction. His favorite record was Marvin Gaye’s “I Want You,” an echo-chamber of ethereal harmonizing that sounds like a splice of his interests: great soul singing — and outer space.

After graduating from Waller High School — now Lincoln Park High School — he enlisted and worked as a typist at Ramey Air Force Base in Puerto Rico.

In the early 1980s, he got his first computer, a Commodore 64, his daughter said.

While working for an IT contractor, he exhibited a drive that got him hired at the FAA, where he stayed more than 20 years. When the IT firm’s contract with the FAA didn’t get renewed, agency officials were impressed that he stayed and worked for free to complete the project. A job opened up, and FAA officials called and urged him to apply.

He was a support to Martinez when his father, Porfirio, was disconsolate about a colon cancer diagnosis. He wasn’t eating, and Mr. Davis, who’d won a round with the disease, came over and told him he had to work to get better.

“He sat there, and he looked him in the eye and said, ‘I know exactly what you’re going through,’ ” Martinez recalled. It worked. His father listened to Mr. Davis, started eating and lived another eight years.

And, he was happy to see three black superheroes in “Captain America: Civil War” — Falcon, War Machine and Black Panther. But above all others, “Over and over, it was ‘Star Trek,’ ” the original series, his daughter said. “He has every episode on VHS and DVD.”

He enjoyed learning about history, frequently drawing out discussion by prompting: “Explain” — a quote from Seven of Nine, Jeri Ryan’s shapely Borg on “Star Trek: Voyager.”

“That may have been his first character that he had a crush on,” said his daughter.

Mr. Davis is also survived by his mother; another sister, Sunday Bondurant; brother Kala Kambron; and a granddaughter.

Adapted from an article in the Chicago Sun-Times 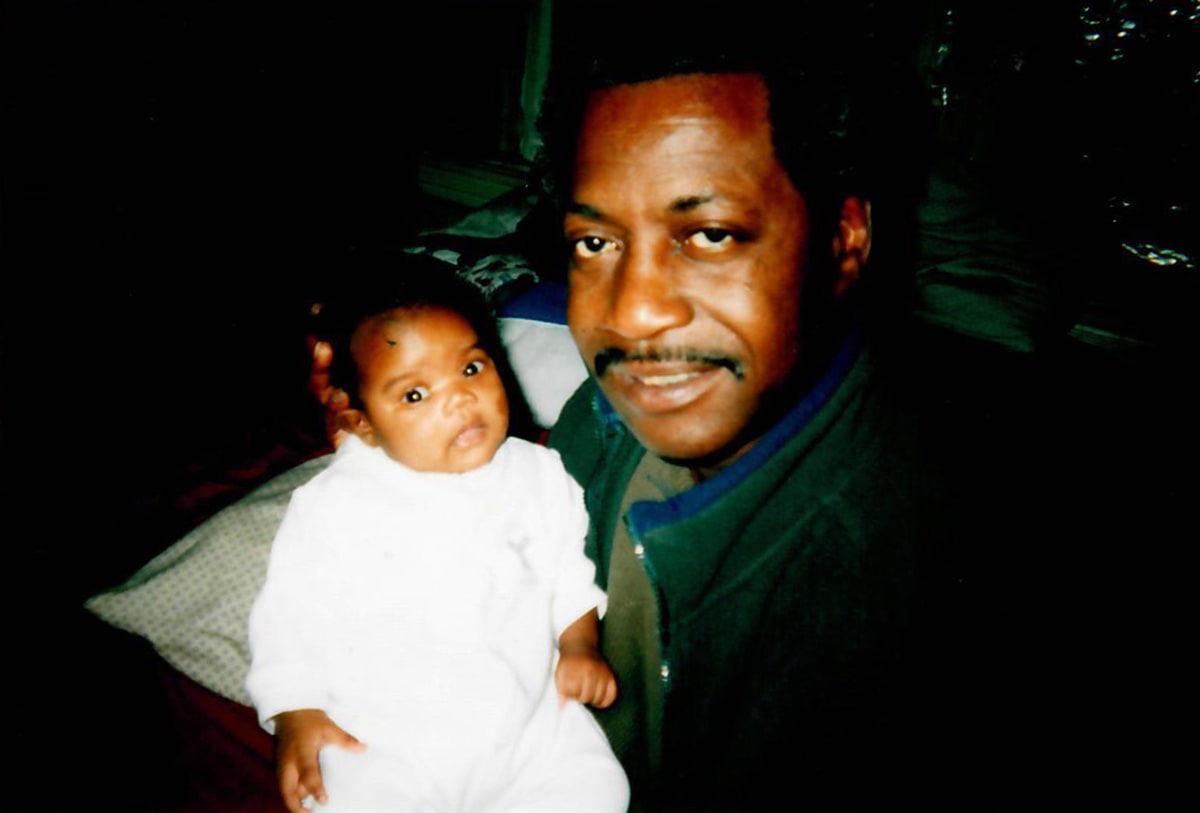 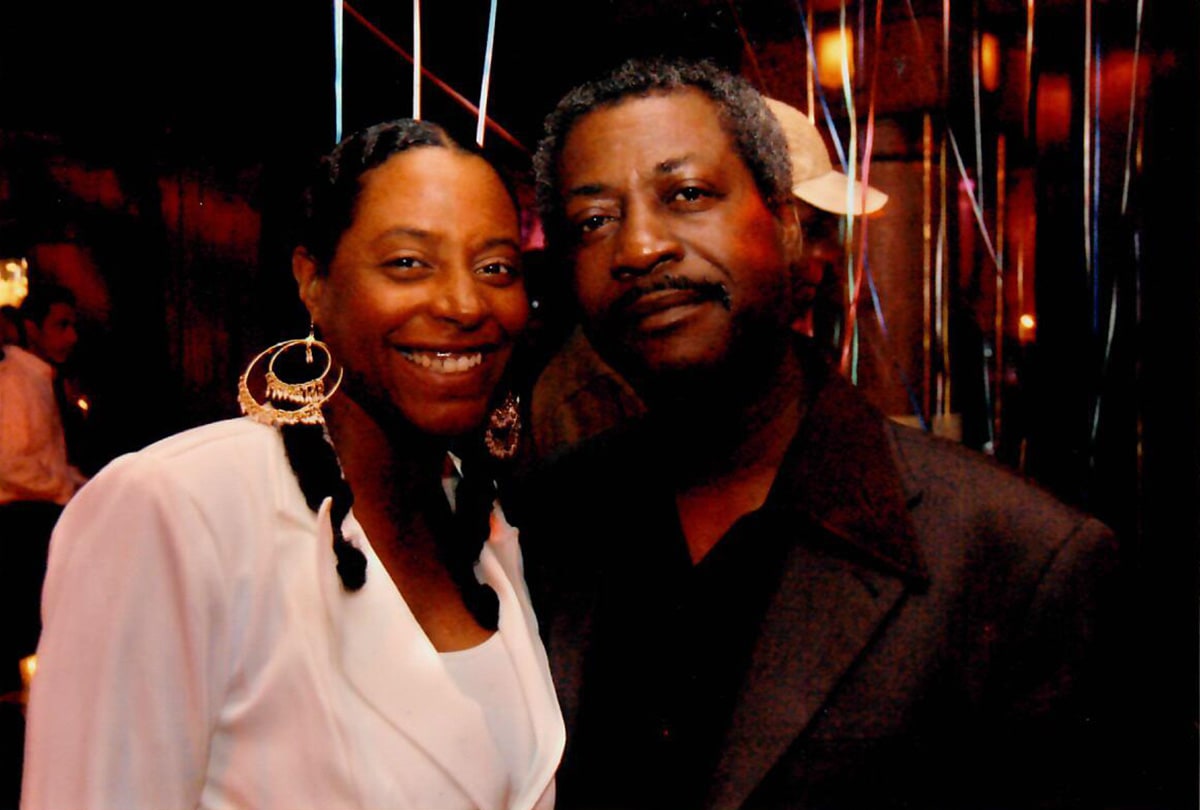 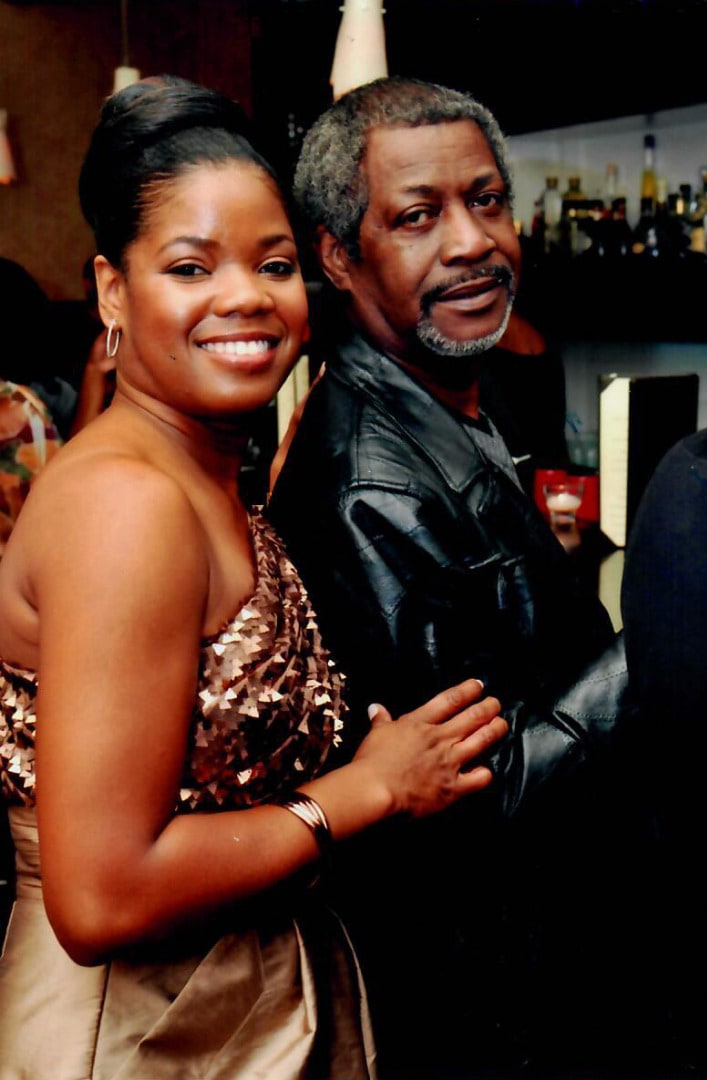 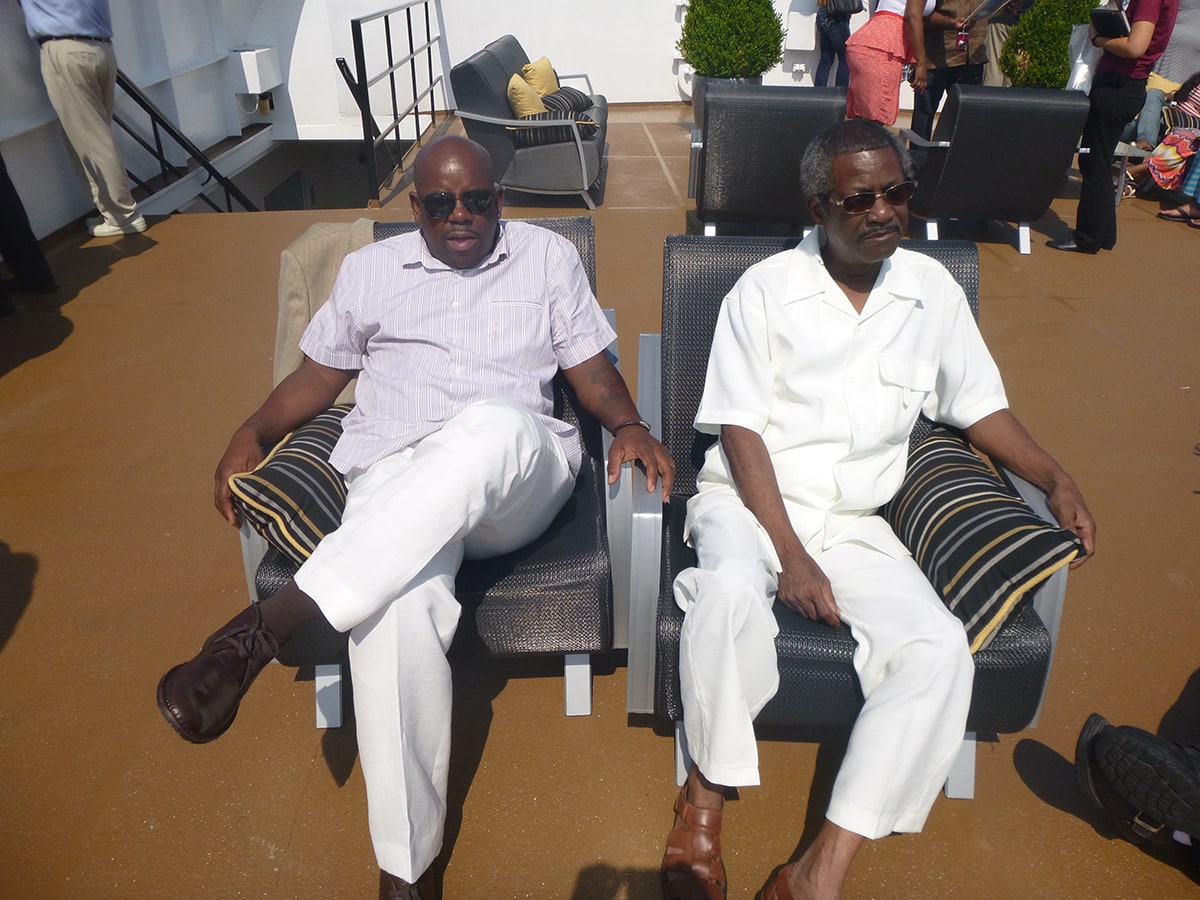 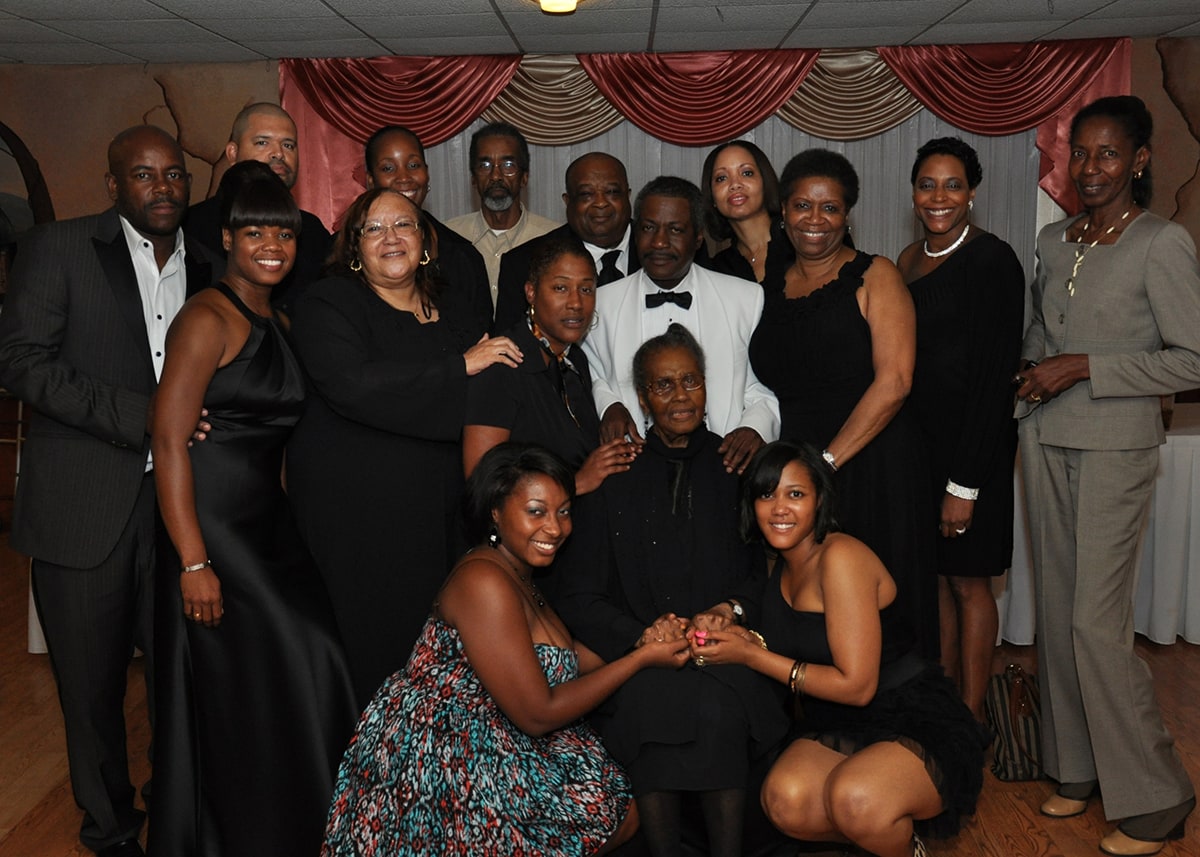