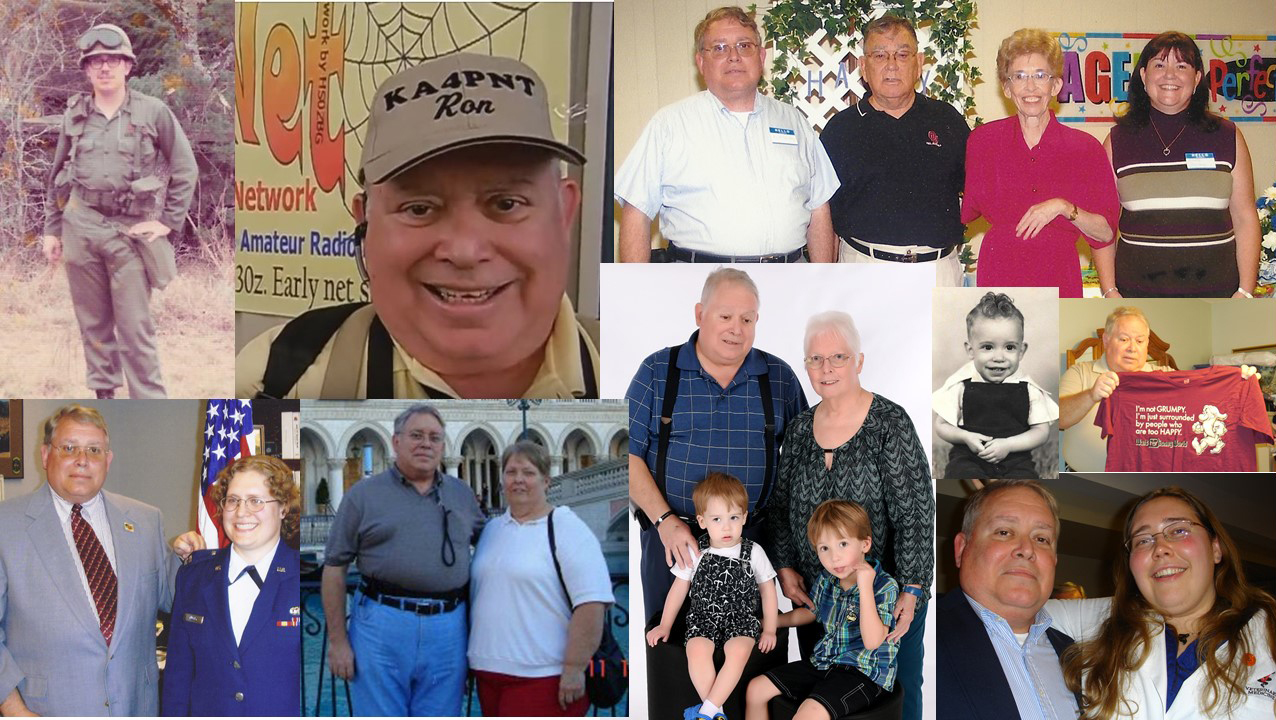 Ronald Keith Stuckey, devoted father, husband, grandpa and brother, passed away unexpectedly February 10, 2020, in Naples, Florida, at the age of 68.

Ron was born in Ada, Oklahoma to Ray Otis Stuckey and Dorothy (Bryant) Stuckey on February 11, 1951. He lived and attended school in Maysville and Pauls Valley, Oklahoma. He received an undergraduate degree in Law Enforcement Administration from the University of Oklahoma, Norman, Oklahoma and a graduate degree in Adult Education from Georgia Southern College, Statesboro, Georgia.

He married Carol (Isbell) Stuckey in December 1978 while they were both stationed with the US Army in Vicenza, Italy.

Ron is survived by his wife Carol Stuckey of Naples, Florida; daughter Jennifer Autumn Stuckey and her husband Andrew Scott Boguslawski of Beavercreek, Ohio; daughter Joyce Elizabeth Stuckey and her husband Allen Michael Lee and their young exuberant sons Sydney Ray Stuckey-Lee and Darwin Douglas Stuckey-Lee of Ithaca, New York and Kendall Park, New Jersey; his sister, Sheila Rae Stuckey and her husband Mitt Tidwell of Sarasota, Florida; and sisters-in-law Peggy MacDonald of Naples, Florida and Penny Thelman of Wurtsboro, New York; brother-in-law John Thelman of Downingtown, Pennsylvania, and many nieces, nephews and cousins. He was preceded in death by his parents, Dorothy and Ray Stuckey and brother-in-law Jeffrey Carlough.

Ron and Carol’s 41 years together were marked with happiness and dedication to family as they faced life's challenges. Ron was a kind and patient man. He had a good sense of humor, was intelligent and articulate as well as methodical and persistent. He maintained a calmness, even in times of challenge or crisis. Ron was a good and loving husband who always took care of his daughters and spent the time to teach and guide them. He supported their many activities over the years, even becoming a swimming official and judge for Odyssey of the Mind to help keep the local groups active. He passed on his love of sea and space exploration influencing both of his daughters’ careers in science & engineering. He loved his grandsons unconditionally. He drove his RV cross country to Seattle, Washington and Ithaca, New York to be present for both of their births, even through hurricane Irma. He loved to teach them to build and to make them things to play with, including a fort and slide, and to spend summers taking trips with them. This past Christmas he took the boys on their first cruise on “a big boat” to Hawaii. He spent his free time talking to fellow Amateur Radio enthusiasts until he became a silent key on February 10, 2021; he received his Amateur Radio license (KA4pnt) at an early age, worked with MARS and gained additional Federal Communications Commission licenses and ratings, including his General Radio license.  He loved listening to music, especially classical, the Beatles and ABBA and watching old movies. He also enjoyed traveling, especially in his RV on summer trips across the US.  As a lifelong fan of everything “space”, he made it his mission to absorb as much knowledge as he could on the subjects that fascinated him. Although he was humble and modest, his knowledge about space was admirable, and he strived to find out the secrets and mysteries that baffle so many. Science fiction and fantasy always interested him also. Frank Herbert, Tolkien and Asimov were some of his favorite authors. He was one of the first Trekkies from the original Star Trek TV series.

He always said that when he passed away, he wanted to be cremated and have his ashes scattered in his favorite places--in space and in the ocean.  His family is following his wishes and sending him on this memorial spaceflight to help fulfill one of his longstanding dreams to go in to space as well as scattering his ashes near the Statue of Christ in Key Largo to celebrate his SCUBA hobby.

Donations in his honor were made to the ARRL Foundation at www.arrl.org/arrl-foundation-donation-form to support scholarships promoting Amateur Radio for young HAMS and to the University of Oklahoma at www.giving.oufoundation.org to contribute to the Army ROTC Scholarship Program.