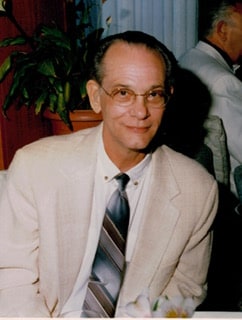 Roger Krueger was many things: patient teacher, inquisitive student, talented musician, kind gentleman, and naughty imp. Above all, he was a quintessential engineer: curious, a problem solver, intellectual, always wanted to know how things worked, and Spartan.

When he was in elementary school, there was a very tall hollow tree stump in an empty lot near his house. Would it work like a chimney, he wondered? He stuffed it with newspaper and set it alight and WHOOSH! Thus was born the thermodynamics specialist. And when he told the story later, a grin lit up his face, his eyes twinkled, and he said, “It was a glorious fire.”

Roger’s studious nature led to a full scholarship in the late 1950s at Carnegie Institute of Technology (now Carnegie Mellon University) where he studied mechanical engineering and further pursued his hobby, playing classical music on the piano. At one point at Carnegie, Roger and a friend were in one of the music school’s practice rooms. Roger was playing the piano and his friend was trying to record the resulting music. They listened to the recording and decided it wasn’t good enough. How could they make it better? Of course, just take the lid off the piano and maybe remove some other bits in there that were in the way so they can drop the microphone INTO the piano. Despite their protests that they would put everything back together just the way it was, they were NOT allowed into the practice rooms after that!

In addition to many lifelong friends, Roger met his future wife, Marj, at Carnegie. They wed in the summer between his undergraduate and graduate studies, and they remained married until her death in 2006.  Marj is also a participant on this lunar spaceflight, so they will be taking this last journey together.

Roger got his master’s degree in mechanical engineering from the University of Michigan. Roger and Marj then both put their degrees to work at NASA in the early 1960s, where he worked on engine thermodynamics and she worked on nuclear power source research. He co-authored multiple technical publications with his teammates, including "Some Factors Influencing Heat Transfer to Liquid-Propellant Rocket-Thrust-Chamber Coolant Channels" in 1966. After his time at NASA, Roger worked with various government subcontractors on thermodynamics solutions in the nuclear energy and defense industries.

During the 1970s he also discovered the martial arts, which became another lifelong practice. He achieved black belts in several styles and spent the last several decades of his life both practicing and teaching tai chi.

Curious about how things worked and good with tools, Roger was always interested in cars. He rarely indulged in frivolous purchases, but just once he allowed himself the luxury of a sports car, a used 1974 Alfa Romeo Spider. The rest of his cars were like him, practical and without frills, and he was meticulous with them. He purchased his last vehicle, a Toyota Prius, simply because he was curious about its engine and mechanics.

Roger’s Spartan nature included his communication style. As quiet as he was, Roger’s friends knew he could always be counted on for a horrific groaner of a pun, a thoughtful response, and a few carefully chosen words.

Cynthia and Sharon are grateful to Celestis Memorial Spaceflights for making it possible for their parents, Roger and Marj, to travel to the moon together!