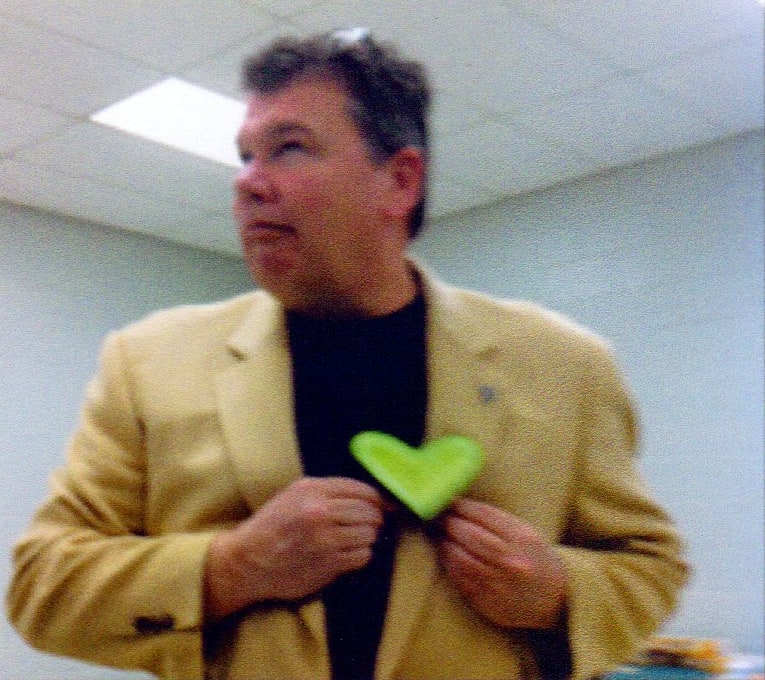 Rob was born in Neptune, New Jersey and grew up in Wall Township, New Jersey. He left to join the Army at 18 to become the Army Commercial Artist. He would joke that he went in the military to get out of New Jersey. He told his recruiter when he enlisted in 1974 that he wanted to be stationed anywhere but New Jersey. They kept him stationed at Fort Dix, New Jersey the whole time.

He was honorably discharged from the military and attended University of the Arts in Philadelphia, Pennsylvania where he studied Industrial Design. After graduation he worked for various companies designing POP displays, various products including light fixtures; lastly he was designing museums and trade show exhibits.

His favorite hobbies were his motorcycle, fishing and brewing beer with his brother-in-law. He was even in the process of designing specialty accessories for motorcyclists.

We spent much of our down time traveling the world for both business and pleasure. When I would ask him where he wanted to go on vacation, he would always answer "Space." He seriously wanted to travel to space. I read about Celestis because of Scotty from Star Trek and knew it was something that I had to do. Now Rob will be able to go into space, just as he always wanted.

Excerpts from the original obituary:

He honorably served his country in the US Army during the Vietnam War.

Here are some of the quotes that were posted online:

Scott J. Warner: The World truly will be a little dimmer and certainly not as funny. He was so enlightening. I shall always remember his uplifting spirit and I will tell "Rob" stories for as long as I can tell stories. Karen, you are in our thoughts and prayers, I cannot imagine the pain of your loss. He was a great man. I hope he and my Father are already telling each other stories. We love you.

Denise VanBlunk Rizzitello: I just can't believe that Rob is gone ... leaves me feeling breathless and at such a loss for words over the sorrow I know you feel. He was a great man and I can still hear you saying, "Yeah isn't he Special?" And your sarcasm aside, you knew he was. He will live in your heart forever Karen ... he'll always be with you ... you're not alone ... your family, and many friends (me included) are here to help you pick up the pieces and carry on ... so much love to you ... and many prayers for you and your family who will all deeply miss his blessed soul. ♥

Amanda Leigh: Rob was by far the funniest, nicest man I have had the pleasure of meeting. Karen - I am soo sorry, please let us know if there is anything we can do. We love both of you so much, and will miss Rob terribly. ♥

Diana Clark: Today I lost a very special friend. Rob truly was a beautiful person. I thank God for all the wonderful people he has placed in my life, but I can't help questioning why he takes the special ones so early.

Sheila Mai Leonard: Rest in peace, Robert Stemmermann! You always know how to make someone laugh, and you always fooled me with your hilarious trickery! What a positive impact you have made in my life and the rest of this world ... we will all miss you.

Julie Blackmore: Today has been the hardest day of my entire life. Uncle Rob was an amazing man that was taken too soon, and I feel broken because of it. He was incredible, just a completely amazing human being. Life will never be the same without him, and I just hope he knew how much I really loved him.

Catie Woodward: Uncle Rob, You were a man whose soul was filled with creativity, wit, wisdom, and humor but most of all love. You touched the lives of many and sure as hell touched mine with your entertaining jokes and personality that could light up a room. Movie night at your house with chels was the best since R rated movies were of selection, candy and pop corn was practically unlimited and pulling all nighters was a given. You will forever be in my heart and never forgotten.
Rest in peace
Love,
Your carebear ♥

Joe McGurk: Today we lost someone truly special!!!! A man who could put the fun into anything and make even complete strangers laugh!! A man with a heart so big especially for his family!! The world lost one of the great ones today!!! Rob u will be truly, truly missed but NEVER EVER forgotten. I love ya Big Guy!!!!!

John Carney: Today I lost someone close to me. Things will never be the same. I am going to miss you so much. I love you Rob.

Melanie Fillmyer Scharadin: Today I lost someone so close to me. Things will never be the same. I am going to miss you so much. I love you Uncle Rob!

Bobbi Lynn Loomis: If the man I marry has half the sense of humor as you, I will live happily ever after. Thank you for being you. I'd do anything for one more grown up kiss. I love you, UR.

Ken Smith: I've been reading these comments and am completely moved by the deep and warm sentiments everyone has written. Stemmy, you were one of a kind (ya big Mook!!). I will always remember you to be a somewhat off-center, bombastic goofball with a quick wit and an exaggerated, crooked smile. It was a package deal because it went along with the big heart. You'll be missed~

Greg Stratton: Met Rob Stemmermann at my 20th high school reunion, when he accompanied Karen (we were classmates). Became fast friends, and have many fond memories. Rob wanted nothing more in life than to make people laugh and be happy and he was very good at it. Some joy and laughter came to my life because of Rob and he will be missed.... See ya later bud.

Jennie Moreau McGowan: Michael's oldest dearest friend died unexpectedly last night. He was Will's godfather too. At dinner we asked what he taught the boys. Will said, "that it's ok not to grow up...." Amen. Rest in peace Rob.

Joe Boccolini: My mother gave me one brother, Bob, life gave me two others - Mike Blackmore and Robert Stemmermann. Today I lost one. To say Rob was a great guy would be an understatement. Cherish every moment you have with the people you love. Life is fragile. RIP Rob, we'll miss you forever.

Cathy McGowan Yoskowitz: I was seven or eight years old and we had just moved in next door to the Stemmermann's. My brother, Michael, and I marched over and knocked on their door to ask if they had any kids our age. I was out of luck, but Robbie became Michael's best friend, Mark became Tom's best friend, and Dennis and Julie were best friends with Nannette. Not a bad deal!

Veronica Phelan: You always made our family gatherings fun, life of the party, telling jokes, your shoes will never be filled by another. R.I.P. my brother-in-law. Robert Stemmermann you are already missed and loved deeply by all those you have come across in your life. You will remain with us forever in our hearts...Love you!

Nanette Stemmermann Eyres: This is my brother, the man capable of lifting spirits with a single word, more powerful then a room full of preachers, able to leap any situation and rise above it, look up in the sky, its a bird, its a plane - nope, it's just Rob, here to save the day. Throughout life a big brother can always save the day; Rob was my super hero, my sister Mary's super hero, my 3 other brothers' super hero. Our hearts are so shattered, 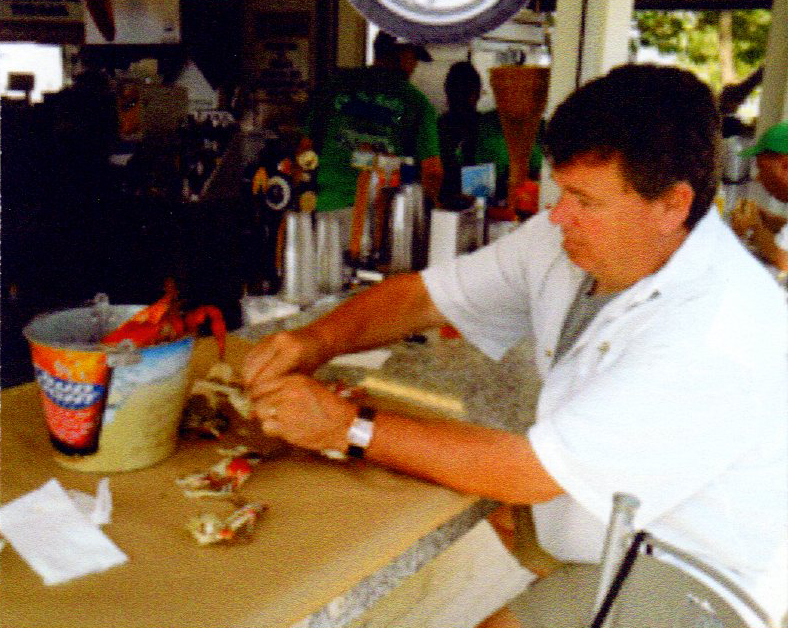 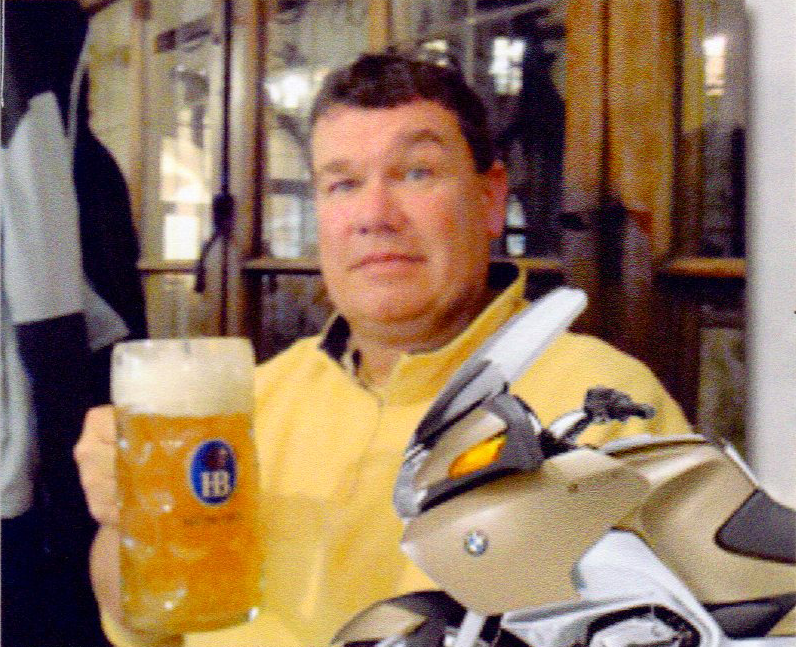