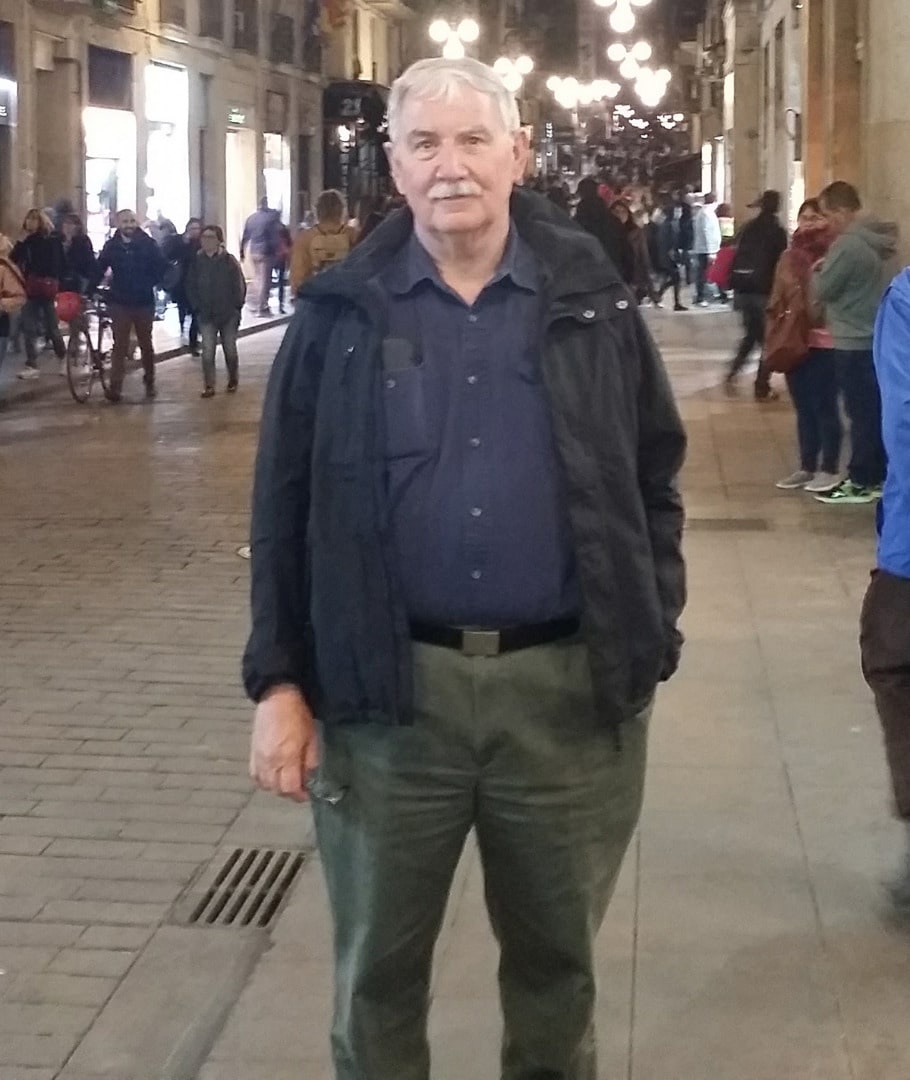 Rick was married to Dr. Deborah Peterson for 33 years, during which time they raised four daughters: Heather Leona, Ricki Lyn, Nancy Mariah, and Helen Jean Nicole. They also fostered several children between 1992 and 2012. Rick and Deb adopted pets of all kinds, but the most important of these was Rick’s chihuahua, Peanut.

Rick was born on May 30, 1952 to Helen Roberts and Jim Purvis. He was the eldest of three children by that union. Helen later married Johnny Anderson and had four more children. Helen died tragically when Rick was only nine years old. The children’s uncle George Roberts and his wife, Pat fostered Rick and his six younger siblings, Mike, Merry, Rodney, Eugene, Ramona, and Bryan. In 1962, Rick and Mike were adopted by Lynn and Betty Peterson. The boys grew up on the Peterson family farm in the Yakima Valley of Washington state. There, Rick hunted pheasant, played sports, and worked the orchards.

Rick began flying lessons at age 14, which led to his lifelong career in aviation. During the Vietnam War Era, he served in the Navy at Moffett Field in Mountain View, California. He then moved to Alaska to fly the pipeline, and it was this decision that he credited with many of his successes later in life. He became an airline pilot and worked for American Airlines for over 30 years, ultimately becoming a captain on the Boeing 777.

Throughout his life, Rick took on many hobbies and passion projects. He was a collector of flight certificates, with licenses to fly hot air balloons, gyrocopters, seaplanes, helicopters, and Lear Jets, to name just a few. He went on many SCUBA diving and snorkeling trips with his family. One summer, he coached Mariah’s softball team, and the players all agreed he was the best coach they’d ever had. Anyone who studied under him will credit him with having been an exceptional instructor. After retiring from his airline career, he took a summer job flying bear tours in Alaska, and later, a position as flightsim instructor at CAE DFW.

In life, Rick never had the opportunity to fly any type of spacecraft, so his family plans to lay a portion of his ashes to rest on the Moon.

I hope there's a place, way up in the sky,
Where pilots can go, when they have to die.
A place where a guy can buy a cold beer
For a friend and a comrade, whose memory is dear;
A place where no doctor or lawyer can tread ,
Nor a management type would ere be caught dead;
Just a quaint little place, kind of dark, full of smoke,
Where they like to sing loud, and love a good joke;
The kind of a place where a lady could go
And feel safe and protected, by the men she would know.
There must be a place where old pilots go,
When their wings become heavy, when their airspeed gets low,
Where the whiskey is old, and the women are young,
And songs about flying and dying are sung,
Where you'd see all the fellows who'd ‘flown west’ before,
And they'd call out your name, as you came through the door.
Who would buy you a drink, if your thirst should be bad,
And relate to the others, "He was quite a good lad!"
And there, through the mist, you'd spot an old guy
You had not seen in years, though he taught you to fly.
He'd nod his old head, and grin ear to ear;
And say, "Welcome, my son, I'm pleased that you're here.
For this is the place where true flyers come,
When the battles are over, and the wars have been won.
They've come here at last, to be safe and alone
From the government clerks and the management clone,
Politicians and lawyers, the Feds and the noise,
Where all hours are happy, and these good ole boys
Can relax with a cool one, and a well deserved rest!
This is heaven, my son. You've passed your last test!"