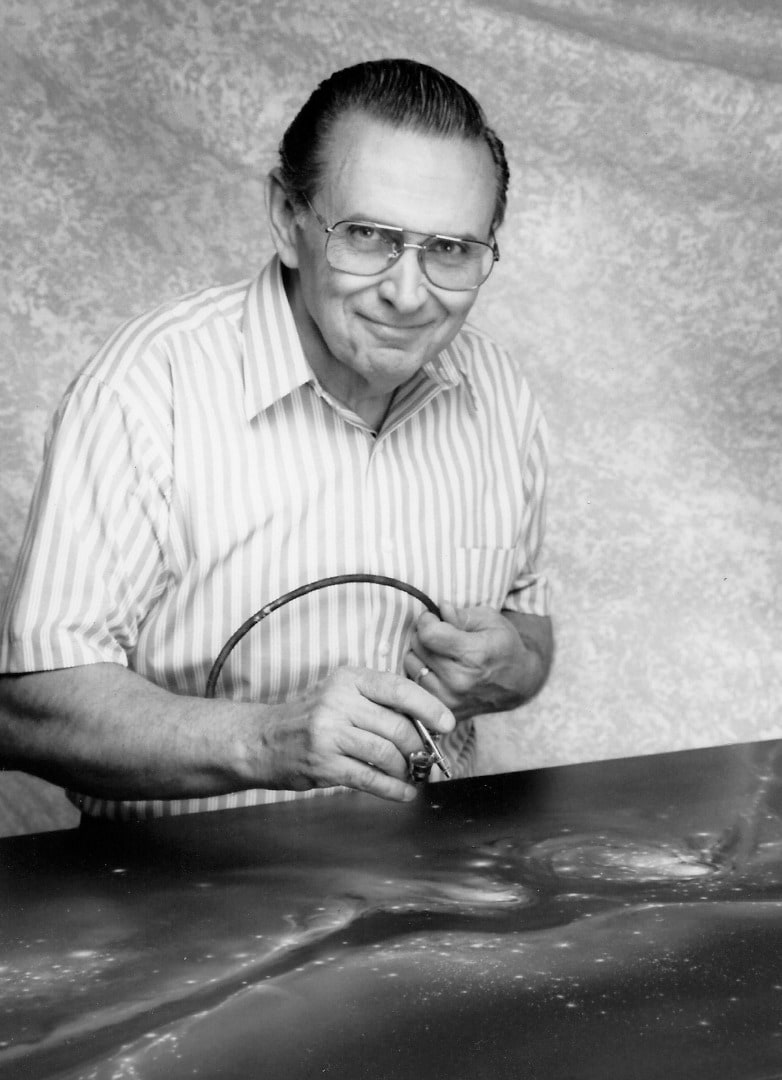 From his first day as an illustrator at NASA, Raymond S. Wilson was “starry-eyed” with his assignments, staying at work late night after night to practice airbrushing the heavens with watercolor and gouache. He credited Mary Susan, his wife of 55 years, with supporting him during this time and throughout his career.

Ray was born in Ennis, Texas, the son of Raymond L. and Edith Wilson. He grew up in Houston, Texas and displayed a talent for the arts as an elementary school student where he won a scholarship to attend art classes at the museum. During those summer days as a child, he spent hours wandering the museum alone, especially fascinated by the Egyptian display and the possibility that alien life from space had visited earth and created the pyramids.

While earning a BS from the University of Houston, he was introduced to and fell in love with the effects he could get from the airbrush. His first fine-art space explorations happened at his dining room table as he reproduced the space-inspired images swirling in his imagination. He worked at NASA in the 1960s and experienced the excitement of the nation’s emerging space program and created illustrations of spacecraft to include the Ranger VIII Moon Probe’s first closeup pictures of the lunar surface and the Mariner V project. During Ray’s career he created scientific artwork for General Dynamics (Art Editor for illustration of the F-111), Science Annual Magazine, World Book Encyclopedia, the Texas Rangers Logo, Alcon Labs, Bell Helicopter, Halliburton, Gerhardt Owen, and many other companies.

Ray’s desire to produce space art led him to create paintings that went on to be part of traveling gallery exhibitions and permanent art at the NASA-MSC facility in Clear Lake, Texas, the Museum of Science and History in Fort Worth, and Alcon Laboratories in Europe, and into private collections. He also developed a technique for acid etching aluminum to create celestial concept art.

Raymond was a dreamer. He lived and breathed for art and creativity in any form; music, antiques, and above all else his family. Most of all, he was proud of his children Anna, Raymond A., and Jon-Michael. What time he didn’t spend at his desk was devoted to family dinners, antique shows, kids sports, band concerts, Boy Scouts, camping and family trips, etc.  His grandchildren Cameron, Rachael, Aryn, Raymond David, McKennah, and Austin loved him so very much and called him ‘Poppy’. He never stopped trying to inspire his loved ones and everyone around him to look up now and then… to be consumed with the vastness and incomprehensible universe. In that, he said, was the proof of God’s handiwork.

Sweetheart, Daddy, Poppy… we’ll miss you until that day when we arrive on the other side of this earthly life. Until then, we take comfort in knowing you are in the presence of the Lord and rejoicing with family and friends gone before. With the greatest joy, we know you are seeing the universe in its full color and glory. 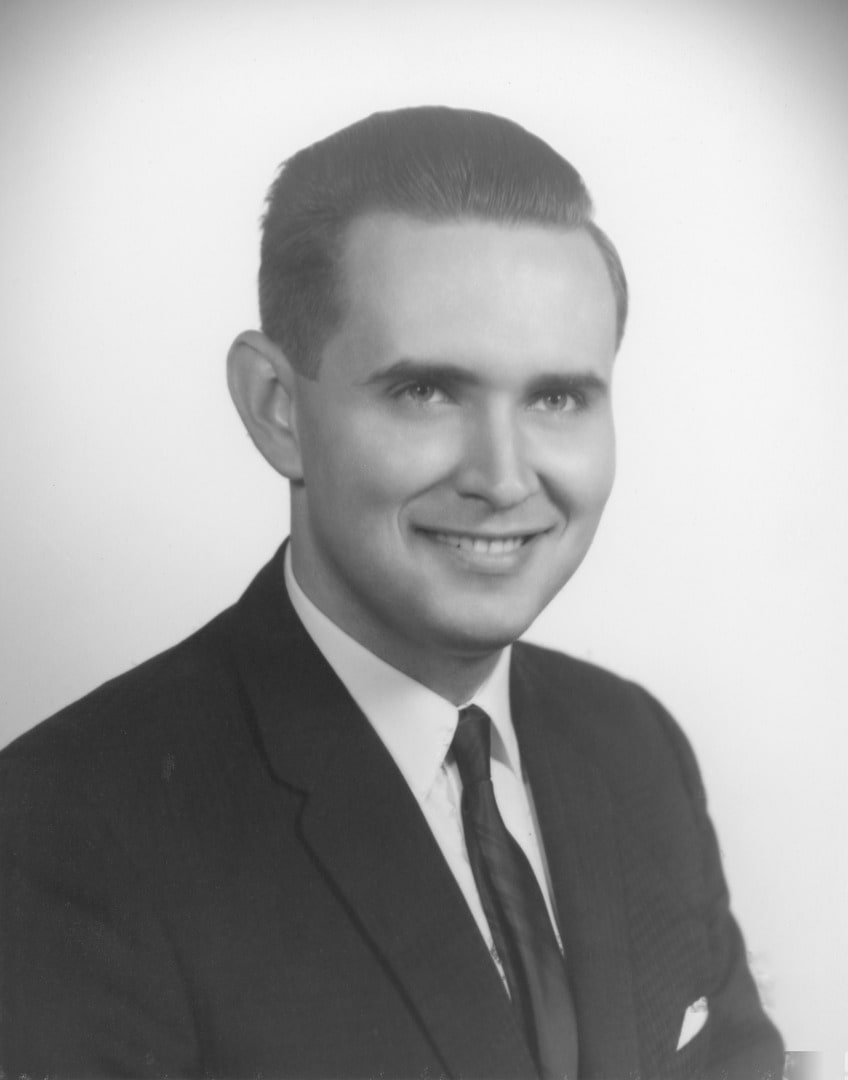 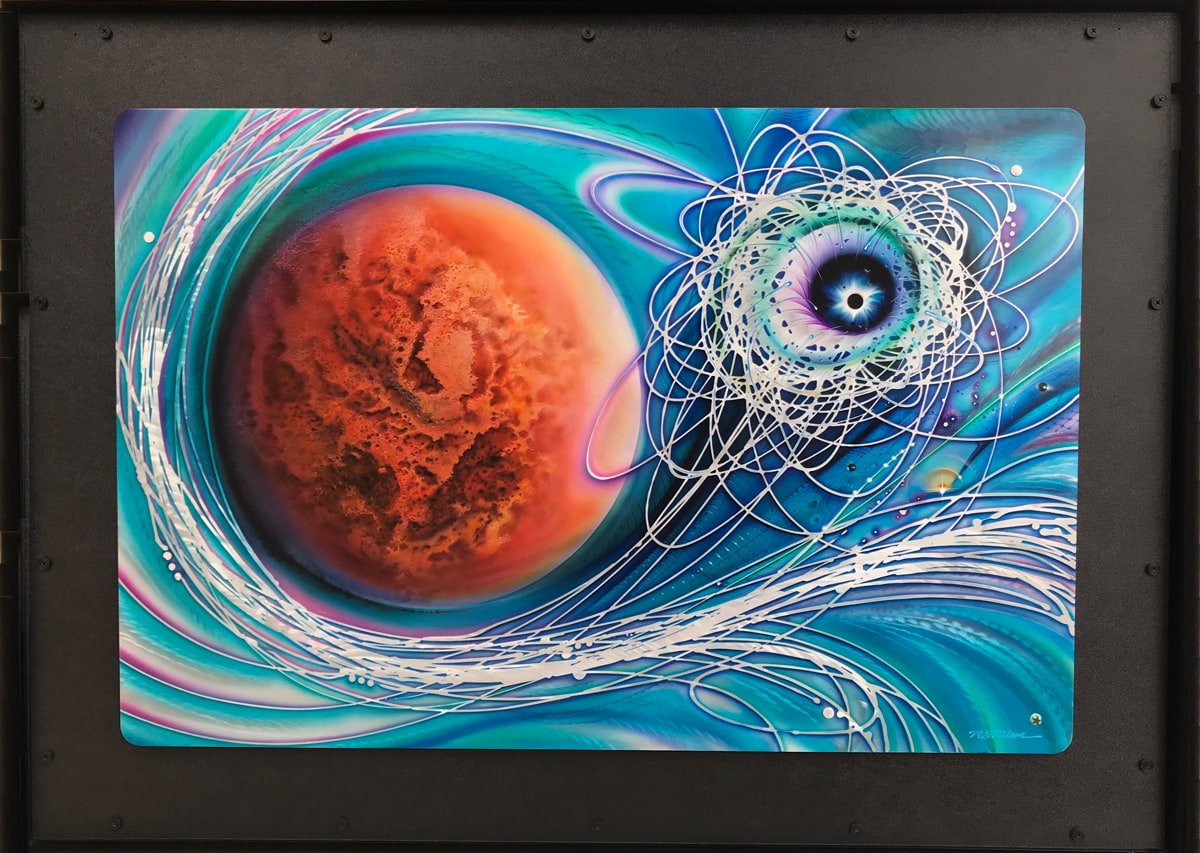