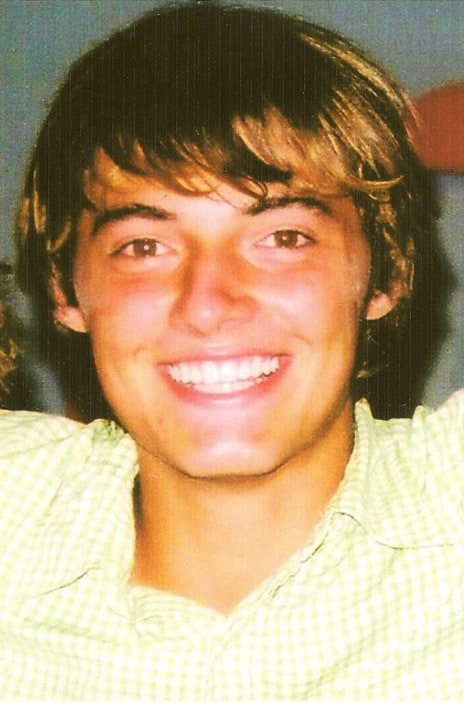 Patrick was a beautiful boy whose wide smile, big dreamy eyes, and huge hugs left a lasting impression on all he met. Patrick captivated people and we would kid him that he always seemed to have an entourage around him wherever he went. He was extremely intelligent with a heart of gold. He grew up exploring the woods with his friends, building Legos, shooting his arrows, and swinging on his rope swing. Patrick had a great love of his pets - cats as a young boy and later at college adopting an American bulldog who came up to him and placed her head on his leg. He named her Charlie and she became his constant companion. She was pregnant and a few months later he helped her give birth to 11 pups. Patrick always had a strong passion to help others. That passion carried over to everything he did – even on the playground in elementary school playing football with such abandon that he ruptured his spleen as he made “the most awesome touchdown.” In Jr High school he helped carry a handicapped classmate up Mt. Cardigan the whole way to the top. He loved to camp, learned to kayak at age 4 at Cape Cod, later leading his cub scout group down the rivers of New Hampshire. Campfires mesmerized him and he often fell asleep beside them on family camping trips. He tried every sport – excelling in high school in lacrosse and soccer. His high IQ combined with a learning issue with written expression created a tough time in the normal classroom for him.  Luckily he found Proctor Academy the high school that embraced these special aspects of Patrick. There he experienced learning though Ocean Classroom sailing with classmates in a 2 mast sailboat from New England down the eastern seaboard to many islands of the Caribbean. He was first to memorize all the sail knots and smiled when he told me the reward was he got to go high up in the crow’s nest and paint the tar on ladders. He was most impressed by the residents of Dominican Republic and despite their poverty he was touched by their generosity. My favorite photo from the trip is of him diving into the bay on one island with a friend.

Another semester at Proctor was spent in Segovia, Spain living with a local family, learning Spanish and attending a local school. He told us that Spain had a great tradition where the whole family would come together midday to eat at the grandmothers. He hoped someday he could live in such a culture with his own family. Back at Proctor, Patrick was known as “the ICEMAN,” a name he used when playing Warcraft and other internet games where I was told he beat everyone and acquired a great appreciation for history.

When he went away to college he fell in love with his girlfriend Caroline and they embarked on a romantic 5-year relationship that had a lot of stargazing during camping trips up to the Sierras and in the desert. At college he studied Botany and Biochem. Unfortunately he started to experiment with drugs. He then traveled to Australia as part of his college’s study abroad program to work toward obtaining his eventual degree in Bio Chem/Botany. There he co-authored a paper on the medicinal qualities of licorice with the Director of the program and it was published. But while in Australia, fellow students offered him what he thought was hash but turned out to be black tar heroin. This was the beginning of a 3-year struggle with the worst addiction to heroin and then programmed into a methadone treatment routine that left him lifeless and purposeless. In the last few weeks of his life he was in the process of trying to stop the use of methadone and was in the final steps toward entering a specialized rehab ibogaine clinic to work toward the goal of being clean and sober of drugs completely. However, the program required that he go off methadone and back on heroin for a short period of time. Once he was off the methadone, which was a requisite of entering the program, he went back to using heroin and died within weeks of being off the supervised methadone treatment. He had every intention of living as his next day "to do list" was up on his phone. He died with his beloved dog watching over him. I want everyone to know Patrick’s story so you can share it with your loved ones and help people realize that it is OK to openly discuss this terrible and destructive drug. Patrick was a sweet, innocent, intelligent child who wanted to have fun socializing in college. His addiction did not start on a dark street corner with a needle in his arm. It started as a very innocent, naive kid experimenting with drugs in a college dormitory in another country which eventually led to a destructive addiction with little help offered by our society. He loved this earth and wanted to do good things while here. He told me if he died his wish was to be shot into space so he could be up there with the stars and be able to look down upon his loved ones forever. 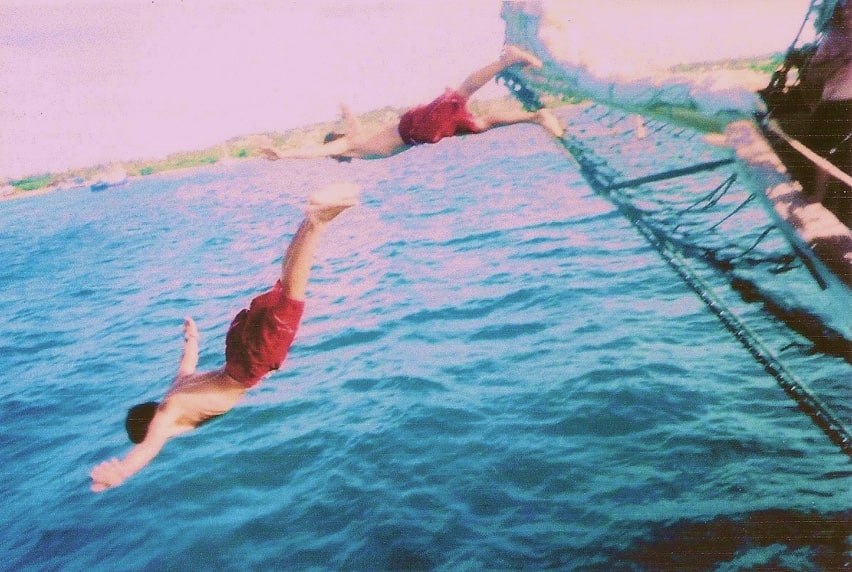