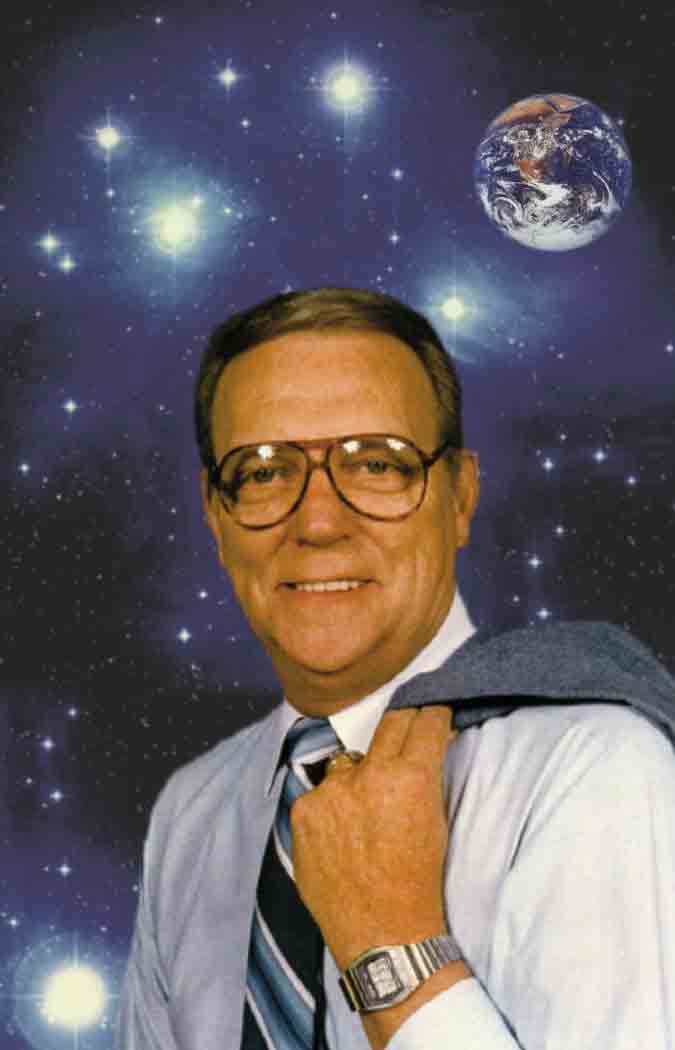 Spain and Portugal were the next destinations for a world traveler named Omer Lamkin.

Unfortunately, Omer Lamkin died of a heart attack in 1985, shortly after booking that trip. It is, therefore, fitting that his cremated remains should travel to Spain before being launched on his ultimate goal: a journey into space. After 12 years of waiting, his two daughters, Pam and Paula, will finally witness their father's symbolic space voyage on the Celestis Founders Flight.

Mr. Lamkin grew up in Ekron, Kentucky, and served as a medic aboard an aircraft carrier in the South Pacific during World War II. He returned to Kentucky and earned a Bachelor of Science degree from the University of Louisville in 1949. He then joined the Whayne Supply Company and stayed for thirty five years, working his way up from stock clerk to vice president and general parts manager.

Mr. Lamkin was a big, outgoing, stylish man who loved travel, weekends on the Ohio River, and University of Louisville athletics. He traveled with Martha, his wife of twenty six years to Hawaii, Europe, and Puerto Rico. After Martha's death in 1975, he continued traveling, visiting many exotic places, including Russia, Mexico, New Zealand, and islands off the coast of South America.

Omer Lamkin was a true adventurer. His dreams of space travel are being fulfilled with the maiden Celestis flight.