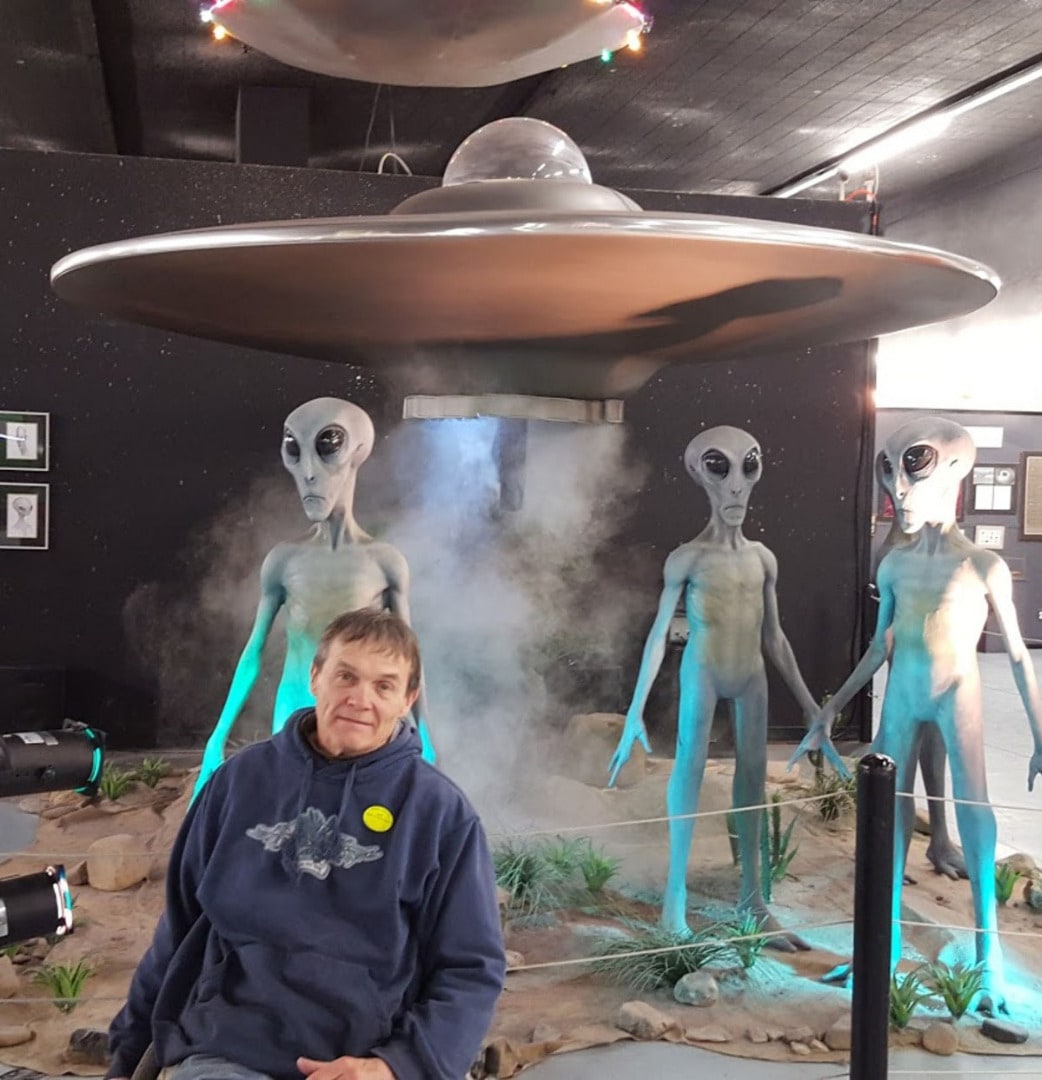 Michael Jay Bequette was born on April 14, 1952 to Gerald (Jerry) Bequette and Ramona Warwick  Bequette. He grew up in Carter Lake, Iowa, the middle of 5 brothers. As a teenager, he would gain 3 more brothers and 3 sisters. He graduated from Thomas Jefferson High School in Council Bluffs, Iowa in 1970, and attended Iowa Western Community College in Council Bluffs receiving associate degrees in electronic technology and aircraft maintenance. In 1977 Mike suffered a spinal cord injury during a hang gliding accident and was paralyzed from the chest down. He went back to college and received a Master's Degree in structural engineering. He worked for the U.S. Army Corps of Engineers, Missouri River Division in Omaha, Nebraska, for 30 years, working in Germany for 3 years, and working for the last several years in the protective design division of the military branch.

Mike was always interested in flying. He grew up 2 miles from Eppley Airfield in Omaha, Nebraska; his dad was an aircraft mechanic for Northern Natural Gas and his stepdad was a mechanic for United Airlines. He received his private pilot's license at age 21 and enjoyed flying around the farm fields of Nebraska and Iowa. He took up hang gliding at the age of 22 and enjoyed many adventures in Colorado, California, and in the Loess Hills of Iowa. Sailing was also a lifelong interest as he grew up on a lake, and to him it was the next best thing to flying.

After his spinal cord injury Mike maintained an interest in all things related to flying and always had a desire to go into space. Many hours were spent with his telescope searching the skies. He did tandem skydiving jumps, went to many air shows, and tried his hand at flying radio control airplanes. Sci-fi films and TV shows were a big part of his life. “2001 A Space Odyssey” and “Star Wars” were favorites, as were “Dr Who” and “Star Trek”. His later interests focused on the environment, particularly electric transportation and at the time of his death he was building an electric car based on a VW beetle. Kristi and Jason knew it was a given that Mike would go into space given the right opportunity--he had talked about it for years.

Mike was married to his wife Kristi for 46 years at the time of his death. Mike and Kristi had one son, Jason Michael Bequette and one granddaughter, Allissandra Lee Bequette. Since his death, a grandson, Emrys Lin Bequette, was born to Jason and his wife Ting Ping Lin. Mike cherished his granddaughter, and would have been happy to welcome a grandson.

Mike's son Jason wrote about 4 aspects of Mike's personality that he will always keep close:

Humility. He would always claim he was never a great engineer, yet as part of a special Corps of Engineers division, he helped design special blast reinforcement for one of our country’s most revered structures. “I’d tell you, but then I’d have to kill you” he’d say with extra cheese when asked about it.

Kindness. Never be intentionally cruel, and give second (and third or fourth) chances to anyone you care about. To family, that is infinitely valuable. As our world becomes more polarized, his even keel still guides me.

Cheese. Humor is a great asset to any life worth living, and can lighten any difficulties. Be weird.

Mike always liked this Robert Frost quote, and it explains a lot about him:

“Two roads diverged in a wood and I, I took the one less traveled by, and that has made all the difference”.

Mike's family and friends can now look to the skies and know that Mike is still with them, off on the ultimate adventure soaring above the skies and among the stars for eternity...