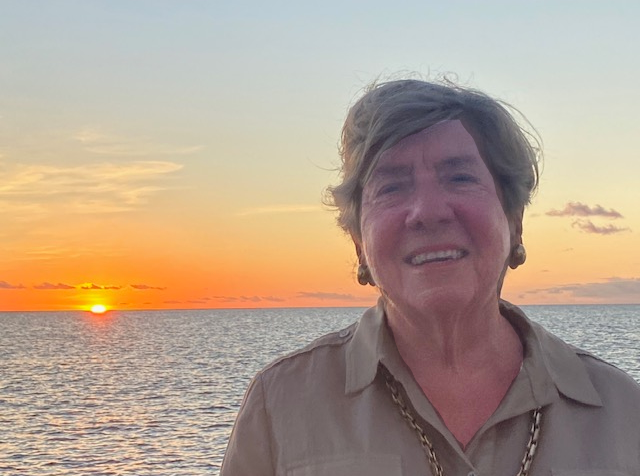 Born on June 22,1944 in New York City and currently living in Westhampton, New York, I began to follow the Memorial Spaceflight Program decades ago. My interest in spaceflight was triggered in the 1970’s when I helped coordinate the summer program for gifted students at NASA Langley in Virginia. At that time, we were all oriented to a wide variety of NASA projects including The Viking Mission to Mars, noise research, moon flights, string theory, the space station, and many other pioneering initiatives.

Professionally, I became interested in health and disabilities many years ago when my younger brother John Croser was diagnosed as being developmentally disabled. There were very few services available at that time, so I launched into a trailblazing career that included the emerging professions of special education, rehabilitation, and disability advocacy. Positions have included: serving as the first Assistant Director for Developmental Disabilities in the Maryland Department of Health and Mental Hygiene; Associate Director of WRI, Inc., a human services consulting firm in New York City; Director of U.S. Region II Developmental Disabilities Training & Technical Resource Center; the first Director for Developmental Disabilities Services, Portsmouth, Virginia; Sheltered Workshop Director: Summer Camp Director; Special Educator; and Dean of Students.

The last professional position from which I retired in 2010, was in Washington, D.C. where I served for more than two decades as the first woman Executive Director of the American Association on Intellectual and Developmental Disabilities (AAIDD). Founded in 1876, AAIDD is a professional society concerned with improving the quality of life for children and adults with intellectual disabilities and their families through research, education, training, and public policy initiatives. With many international members, AAIDD is respected throughout the world for its research journals, scholarly books, on-line and in-service educational programs, clinical assessment tools and legal advocacy for international human rights. I served on a wide variety of agency boards and numerous international, national, and state committees and lead special disability delegations to China, South Africa, and Russia. Responsibilities also included publishing extensively including articles, book chapters and co-editing a major book on disability at the end of the 20th century. Over the years, it was my honor to receive several awards including the prestigious President’s Award of The Arc of the United States.

My educational background included a B.S. Degree in Exceptional Education from SUCNY in Buffalo, NY an M.S. Degree in Rehabilitation from Virginia Commonwealth University in Richmond, Virginia.

Currently retired, I have returned to Westhampton, New York where I am committed to “giving back” to the community where I grew up. Ironically, my High School class of 1962 had elected me “Trailblazer” and in 2006 I was the first woman to be recognized on the “Wall of Fame” which recognizes distinguished graduates of the Westhampton Beach Public school system. My volunteer work includes serving as Trustee and Treasurer of the Westhampton Beach Historical Society, supporting Hospice patients and assisting in fundraising efforts, working the polls at many local, state elections and federal elections and engaging in a variety of community special projects. My Brother John, who is now 69 years old continues to spend a great deal of time with me and we are growing old together in Westhampton! Other family members include, Charles Roger Croser (North Carolina), Ritamary Croser Bruce (Virgina), Paul Croser (New Jersey) and Carol Croser Spigel (Deceased). Our parents were Charles William Croser of Carlisle, England and Rita Mary Lalor Croser of New York City.