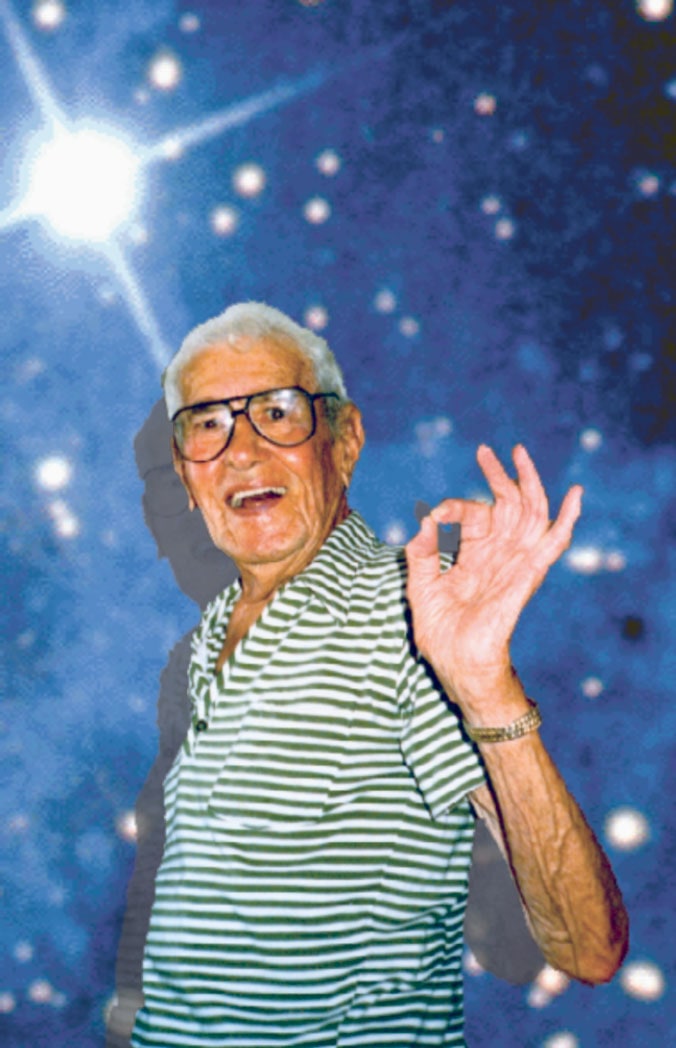 He loved the stars... any part of nature. His perspective on this world was from up there, looking down on a magnificent sphere, teeming with life and awed by the very notion of such a thing, and in knowing that we are anything but unique in this endless universe.

"For peace and hope reach out to the power and intelligence of the universe."
--July 18, 1991 Mark Aisner

His father's name is on the Ellis Island wall; passing by in the last century with one goal -- to save enough money to bring the rest of the family from mother Russia. Mark married Ethel -- one son, Robert. Later moved to Chicago and in 1936 married Blossom. They raised Vicki, Leslie and Michael. In the 30's he sold Cadillacs and LaSalles from his own agency and then off to advertising. He commuted into Chicago for 40 years as Sales Manager for Heet, a gasline antifreeze.

He came about a refractor telescope in the late 50's, standing in his Glencoe, Illinois yard checking his star chart against the magnified objects. And there were trips to Chicago's Adler Planetarium, glowing stars on bedroom ceilings, Willy Ley books of space, waking kids to see Saturn and Orion nebula, and even a day home (rare for a man who was never sick) to watch the Ranger spacecraft crash into the moon on live TV. The influence so strong... the vision Mark held about the universe, its vastness and beauty, our mere place in it all set the stage for an enlightened and inspired family.

All this quietly fed a secret place deep inside him. A place he could retreat from the world at will, and he did. It was a place that brought him unqualified genuine peace in the midst of commuting to work and life's turmoils. This peace was not from a book or a lecture -- it was from "his" nature -- the things he selectively invited in -- the palms, pelicans and herons, cactus and the sea, bison and ants, meadows of corn, the stars and sun and moons and planets, crabs and sand. This was a man who could look out over a flat Kansas scape and relish in its beauty. Not many humans made their way into this secret place -- a species he was less fascinated with knowing -- Blossom, his children, grand and great, earned their place, not many others.

Strong characters did attract him and made their way into his talented copy-artistry: children, old black faces, a slickered weathered Maine fisherman....

Unhumanly honest, he was a model father. Outside of Blossom, he relied on himself with a self-kindled personal peace. Love was of deep regard -- unqualified and earned. An inspiration for his family -- to only be as good and sane and healthy and strong and talented and at ease with themselves.

So now he, and we through him, look at the earth from above. Who would ever have thought? Not Mark Aisner so grounded in the tranquillity of his own home. But the exclamation from up there, 'Oh my!' he'd say about the richly fertile blue globe below. And so, with this voyage, his inner space now becomes his outer space.